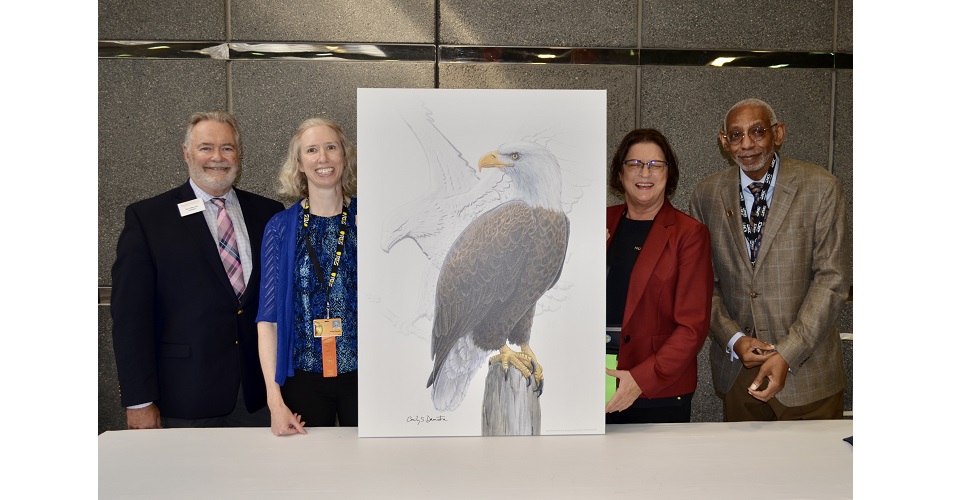 (Rosemont, Illinois) August 12, 2021 — Acclaimed artist Emily Damstra, whose designs are now on 11 United States coins including the new reverse of the popular Type II American Silver Eagle bullion coins, hand-signed a poster size canvas print of her eagle artwork and donated it to the American Numismatic Association (ANA). The signing and donation took place at the ANA’s Chicago World’s Fair of Money on August 11, 2021. 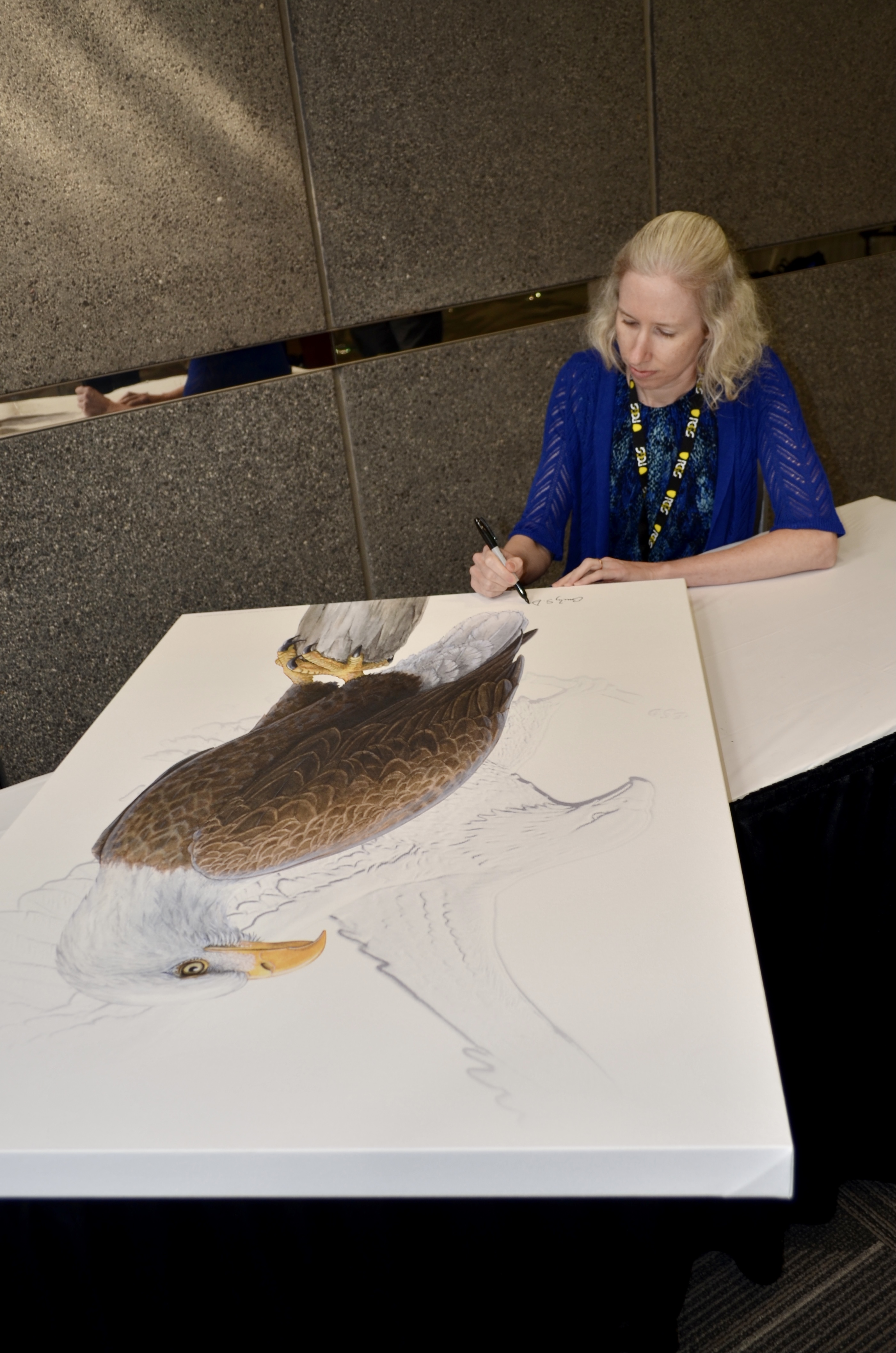 Coin designer Emily S. Damstra signs a canvas print of her artwork that she donated to the ANA. (Photo by Donn Pearlman.)

Three officials of the ANA witnessed the signing of the large, 30 by 42 inches artwork depicting images of an eagle in flight and an eagle perched: Executive Director Kim Kiick, 2019-2021 President Col. Steve Ellsworth, and 2021-2023 President Dr. Ralph Ross. Kiick accepted the artwork on behalf of the association. 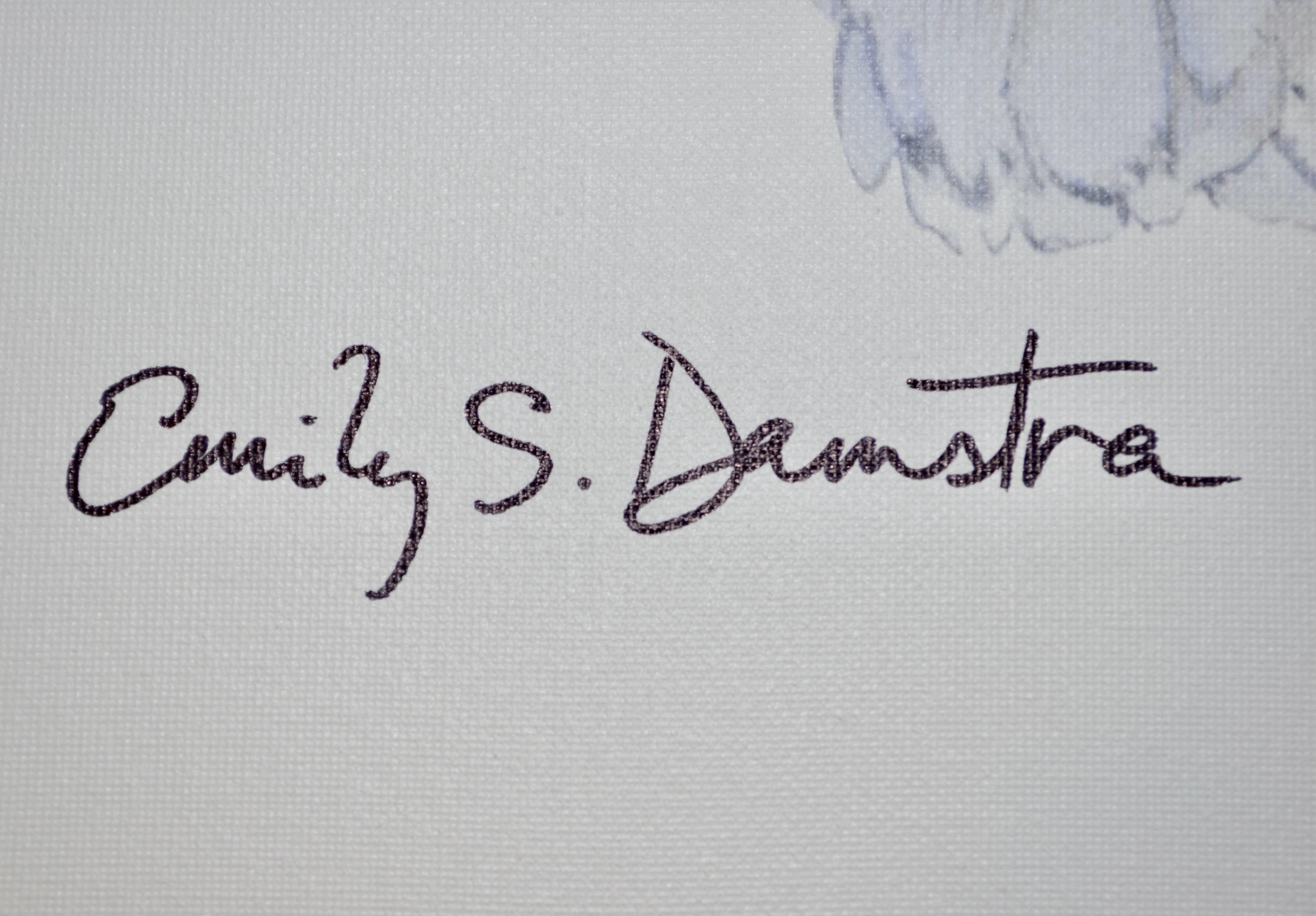 A closeup of Emily Damstra’s signature on the artwork she autographed and donated to the ANA. (Photo by Donn Pearlman.)

A participant in the United States Mint’s Artistic Infusion Program, Damstra has designed over 40 coins and medals for the U.S. Mint and the Royal Canadian Mint including the reverse of the new Type II 2021 American Silver Eagle.

David Hunter - The Contrarian View: Market to Crash by 80%

Guises of the Tribute Penny