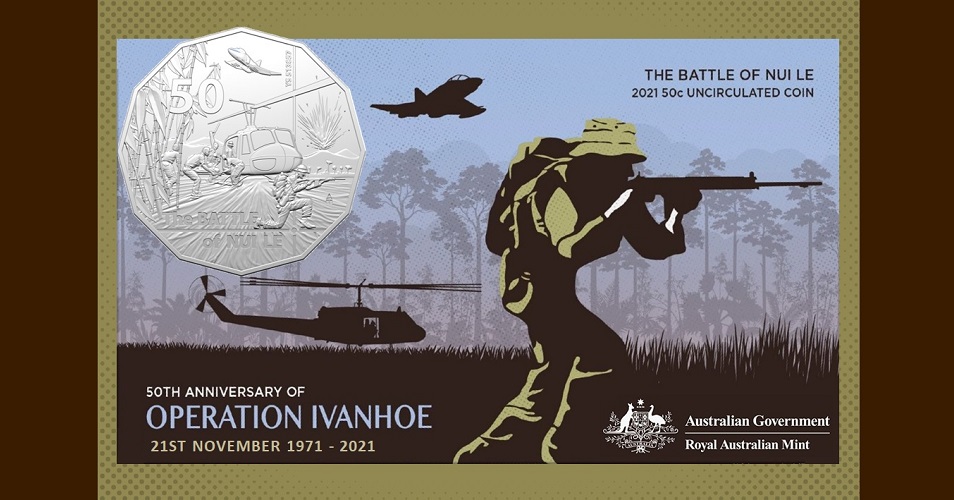 The Royal Australian Mint has released (2nd September) the second coin in a series commemorating the “Last Battles of the Vietnam War.” The new commemorative coins mark the 50th anniversary of the Battle of Nui Le, remembered as Australia’s last major action in the Vietnam War. The tributary coin and anniversary are especially poignant to those Australians who took part in the battle and more broadly the sacrifices all soldiers made during the Vietnam War era. For many Australians and their families, the 50th anniversary of the Battle of Nui Le is an opportunity for them to reflect on the courageous troops who fought in this conflict, while also recognising the brave soldiers who served and died during the battle.

The Battle of Nui Le was part of a greater plan of action with the code name Operation Ivanhoe and was the last major battle Australians fought in during the Vietnam War. The Battle of Nui Le itself took place in a small village in Southeast Vietnam and Western forces sought to prevent enemy communist forces from gaining a foothold.

The two-decade-long conflict known as the Vietnam War was fought between communist North Vietnam, backed by the Soviet Union and China, and South Vietnam, supported by the United States and Western allies including Australia. In 1973, the United States had no further direct involvement in the fighting and the war came to an official end in April 1975 when the last American forces departed Saigon, the capital of South Vietnam. The city had fallen to North Vietnam forces with the two sides later unifying under the communist government based in Ho Ch Minh City. 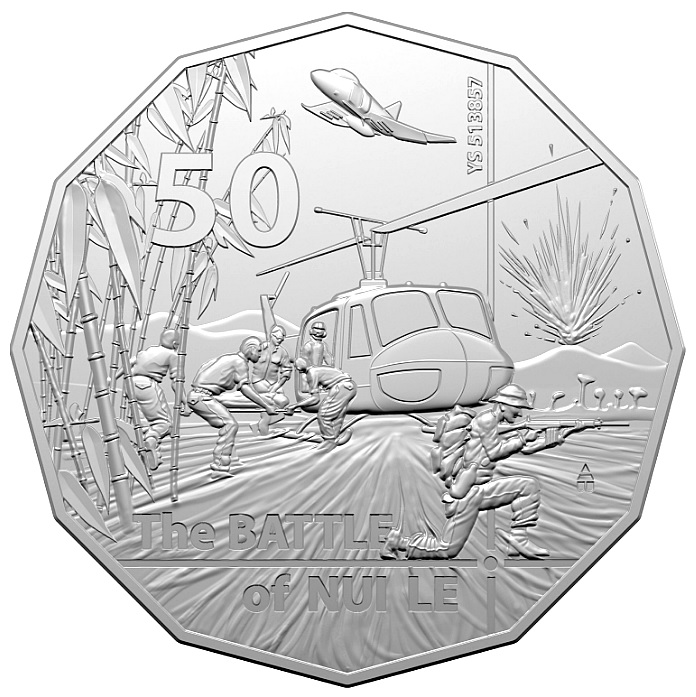 The reverse side of the coin shows a scene inspired by the elements of the Battle of Nui Le. Featuring the iconic Iroquois helicopter, they were used to evacuate wounded Australian soldiers during the battle amidst exploding napalm and a U.S. F4 Phantom overhead, which was part of Operation Ivanhoe. The inscription The BATTLE of NUI LE is shown below the primary design with the numeral 50 placed in the upper-left portion. 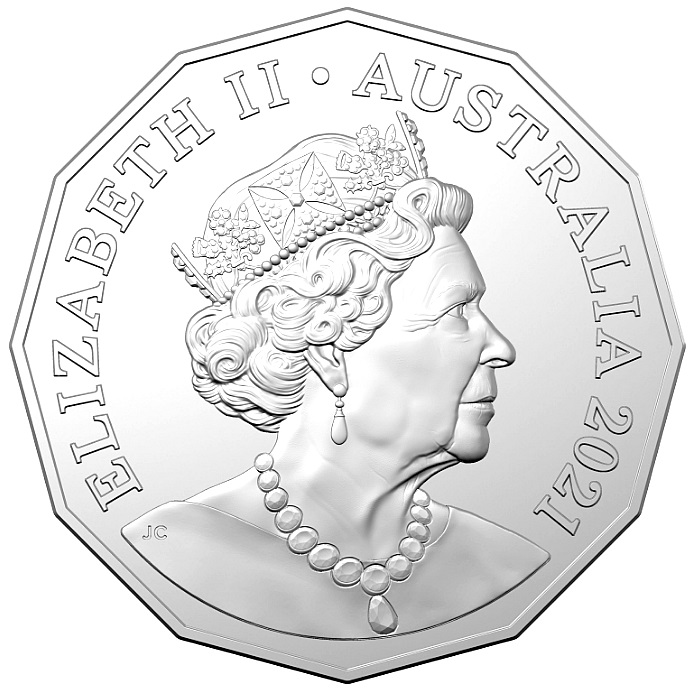 The obverse side includes the Commonwealth effigy of HM Queen Elizabeth II introduced onto Australian coinage in 2019. The year of issue 2021 is placed within the legend surrounding the Queen’s likeness. 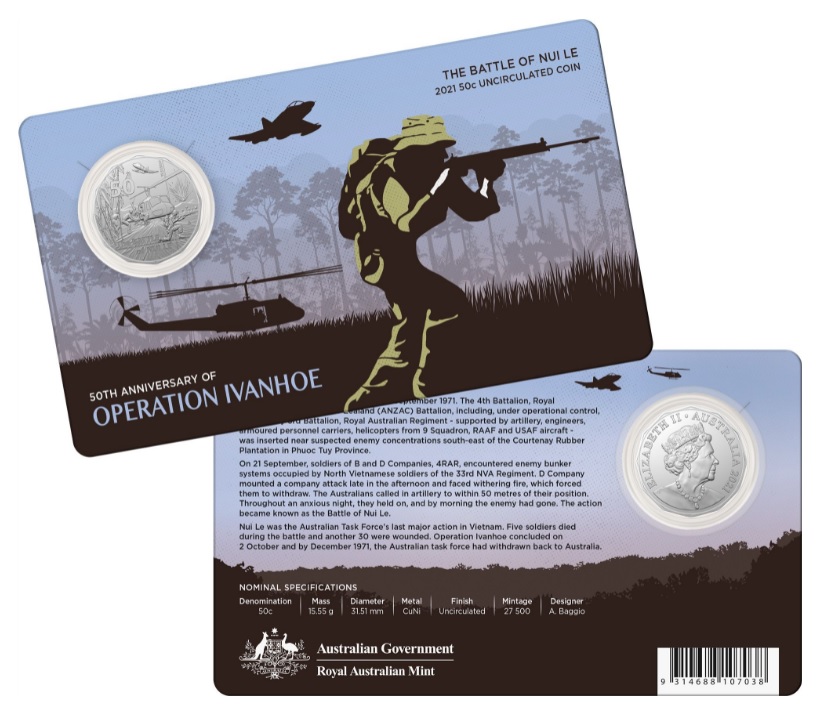 Each coin is encased in a coin-card format which includes informative text and commemorative imagery relevant to the anniversary and design seen on the reverse side of the coin. This coin is the second release in a series commemorating the “Last Battles of the Vietnam War.” The first coin in the series, Battle of Long Khanh 2021 50-cent Uncirculated coin, is also available for purchase in the eShop. For additional information about this coin and others available from the Royal Australian Mint, please click here.