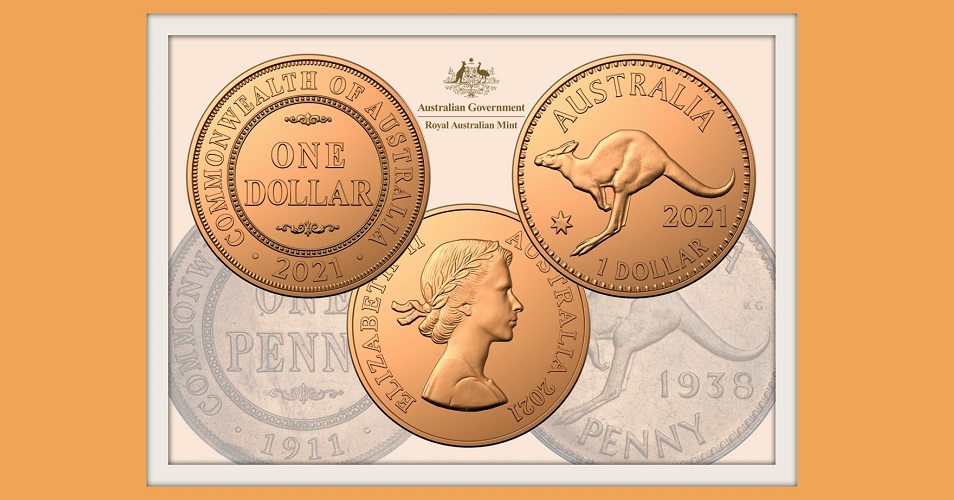 The Royal Australian Mint has launched new commemorative dollar coins which mark the 110th anniversary since the country’s first coins were minted after federation was achieved in 1901. Prior to Australia introducing a distinct national currency, that which was solely legal tender was the British pound. Legislation introduced by the government of Prime Minister Alfred Deacon, entitled the Coinage Act 1909, sought to distinguish between “British coin” and “Australian coin” and gave both equal status as legal tender. Further, the act gave the treasurer the sole authority to issue silver, bronze, and nickel coins, with the dimensions, size, denominations, weight, and fineness to be determined by proclamation of the governor-general, representative of the monarch. The first coins with distinctive designs for Australia were issued in 1910, and produced by the Royal Mint in London. Minted in sterling silver, the four denominations ranged from three pence to two shillings and included an effigy of King Edward VII. Curiously, no Australian half-crown coins equal to two shillings and six pence were ever issued. This was because even then, Australia was already contemplating the possibility of a decimal currency where they would have an odd value of £0.12, 1/2-new pence, or 1.25 florins in a new system.

It wasn’t until the next year when bronze pennies and halfpennies would be produced for use in Australia. Minted during the reign of King George V (reigned 1910–1936) the coins included a crowned head and shoulders effigy of King George V designed by Sir E. B. MacKennal with the legend around the king’s likeness similar to that of British coinage. The reverse side of Australia’s first pennies were designed by WHJ Blakemore, which included a simple text reverse with the full name of the issuing country shown at the top along the edge. Centred was the denomination of “ONE PENNY” with the year of minting placed below. Minted in Australia, India, and England, this version remained in use until 1936 when the coinage for Australia’s new king was under preparation. With the death of King George V, Great Britain and the Empire were contemplating the production of coinage for his successor, King Edward VIII. However, owing to his untimely abdication just 10 months later, plans for yet another effigy had to be prepared.

At this time, the new coinage included an effigy of King George VI (reigned 1936–1952) and the year 1937 with reverse designs relevant to Australia along with a homeland style effigy were minted. The new penny indeed reflected the true unique identity of Australia when a hopping kangaroo was featured. Designed by the famed George Kruger-Gray, the bounding marsupial became a firm favourite with Australians and world coin collectors alike. Only twelve pennies dated 1937 were minted, making them one of the rarest Australian coins. The coin underwent two later changes, the first in 1949 when the title Emperor of India was removed from the legend encircling the likeness of King George VI. The second was in 1953 when the effigy of Queen Elizabeth II was introduced onto all of Australia’s coinage. With decimalisation having been introduced in 1966, the last large copper pennies were minted in 1964 but continue to be sought after with collectors, beginner and experienced alike. 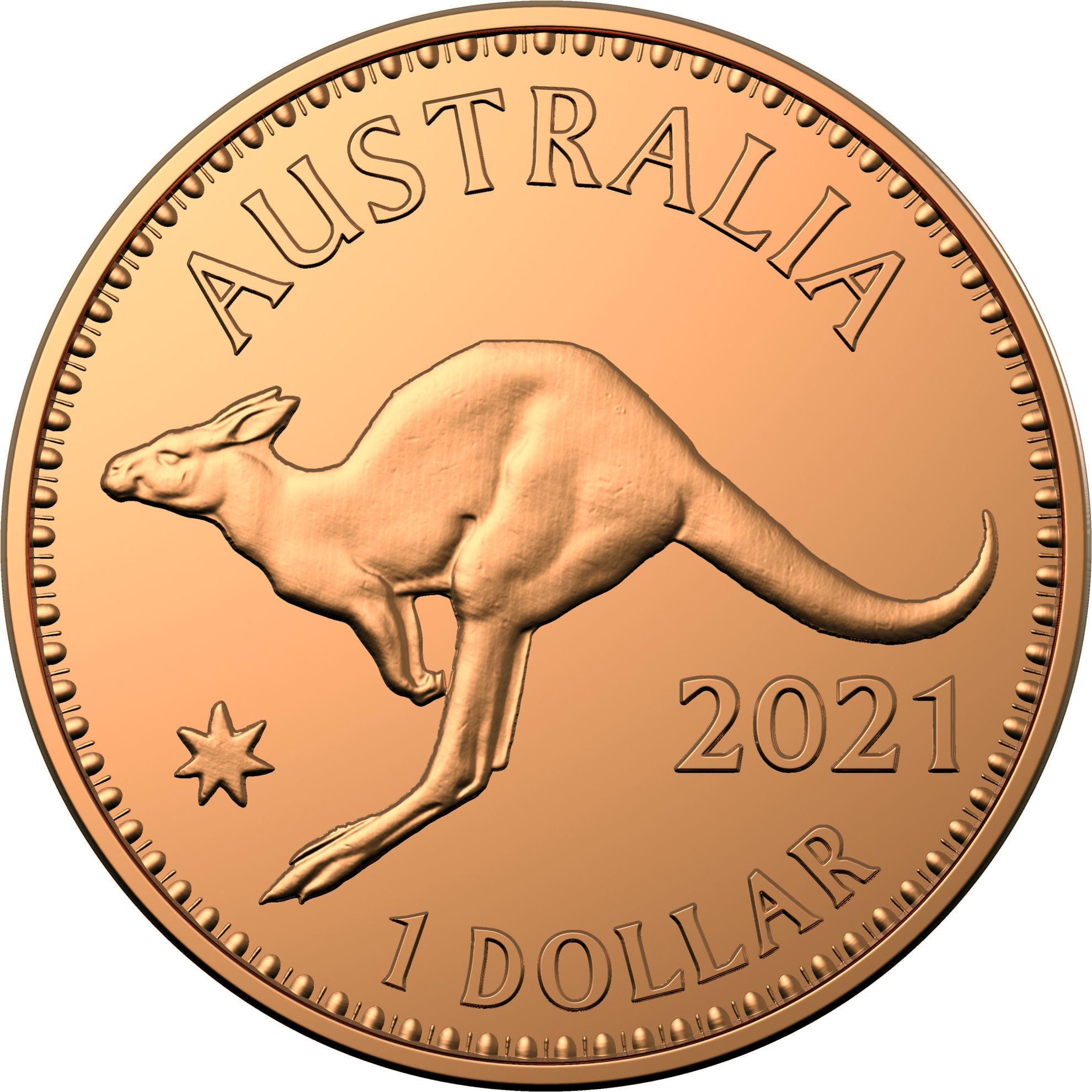 The two-coin set features reverse designs reminiscent of the original pennies, one featuring a simple text design and the other a bounding kangaroo. 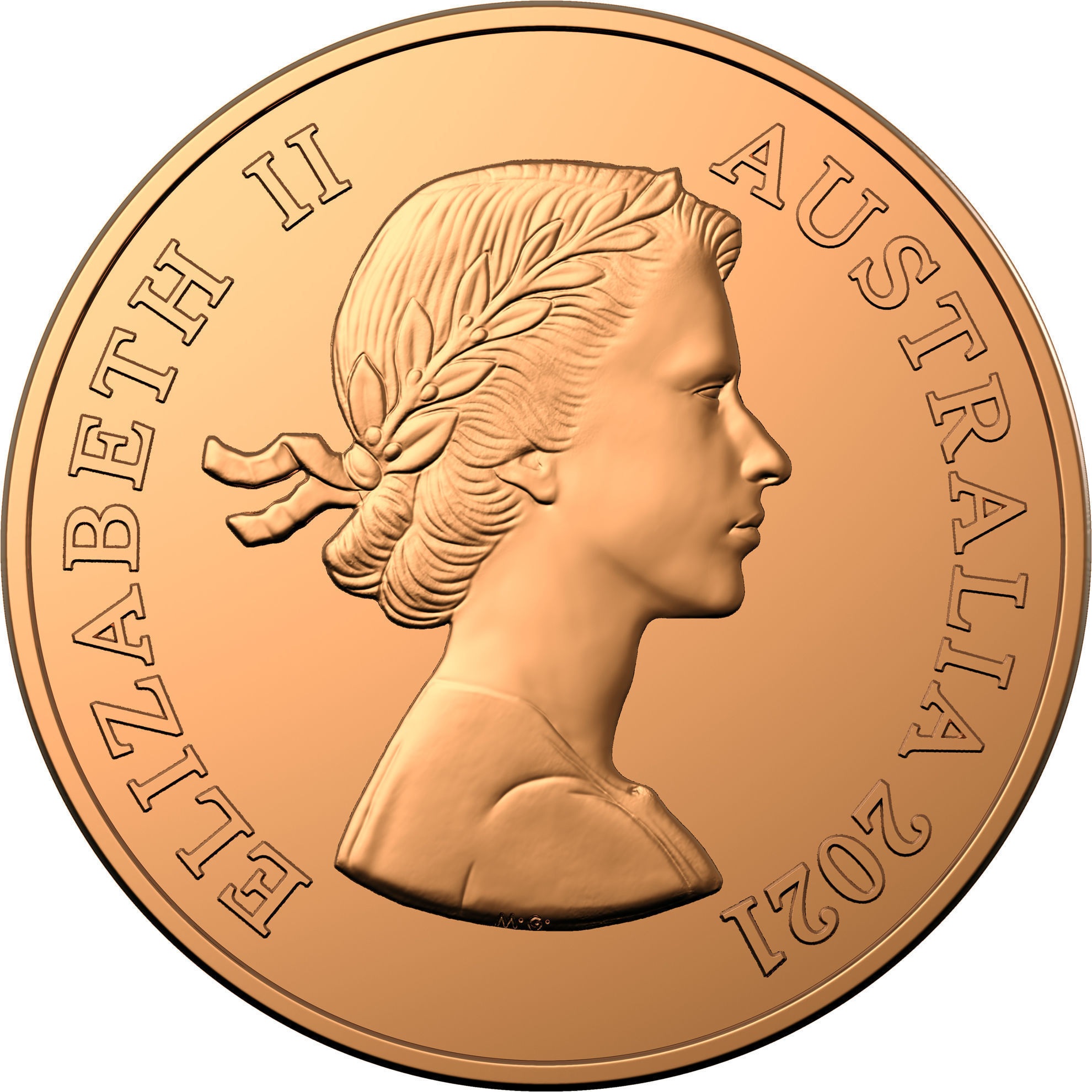 Each coin on the obverse side includes the first portrait of HM Queen Elizabeth II to appear on Australian coins which was the work of British sculptor Mary Gillick. 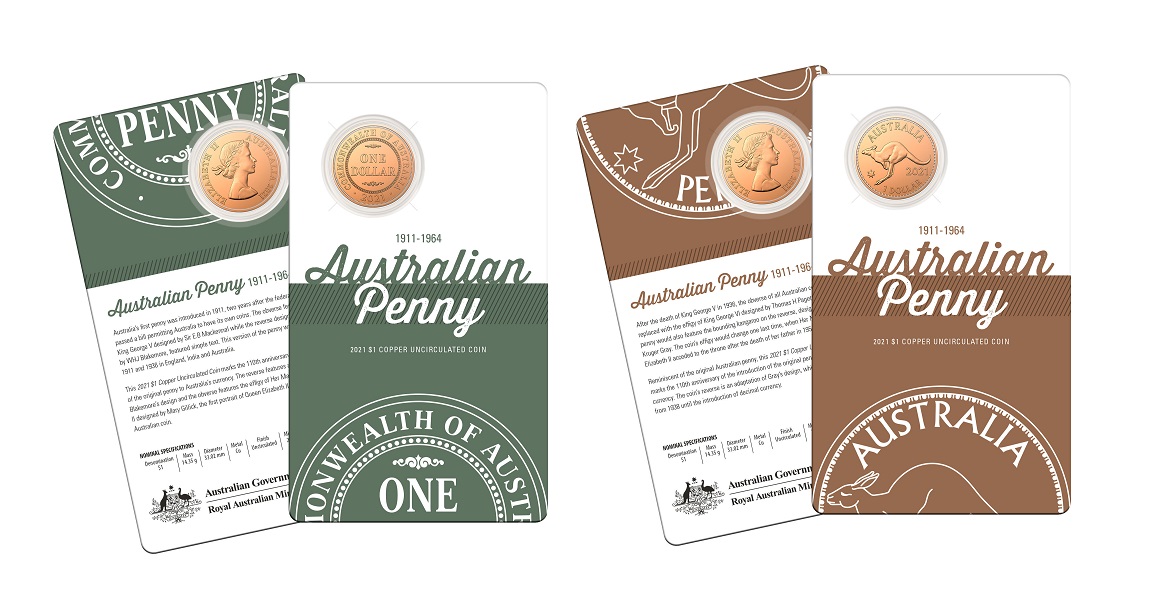 Each coin is encapsulated and presented in a coin-card format and included in a folder designed to hold both versions. For additional information about this coin and others available from the Royal Australian Mint, please visit their website.

High inflation and a surging virus

Guises of the Tribute Penny