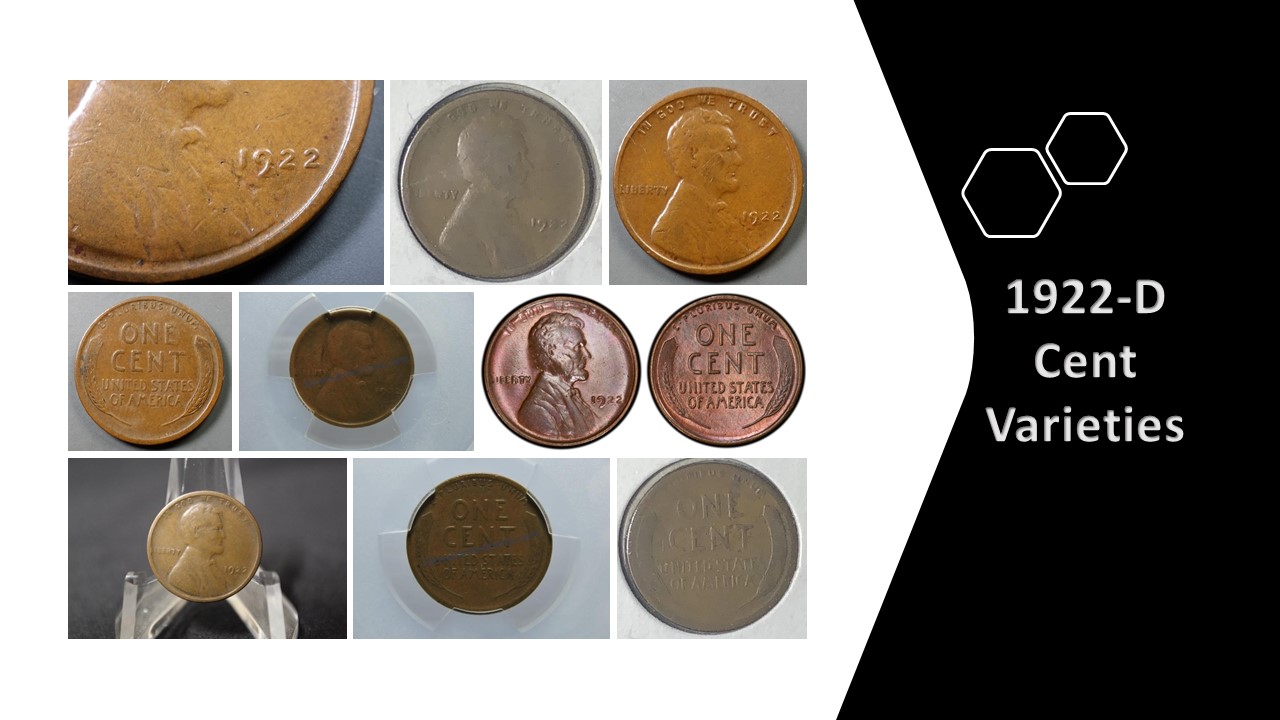 As no 1922 cents were minted at the Philadelphia facility, this “Plain” takes on added significance.

If you would like to know more about how these die pairs came about, read this excellent article on the Lincoln Cent Resource website. My column here is how to identify the types and avoid defaced ones when bidding online.

First, let’s focus on die pair #2, because some auctioneers describe their lots as “Plain” (when they are not) because the consignor did in collections. PCGS Coin Facts has excellent photos of what this pairing should look like: 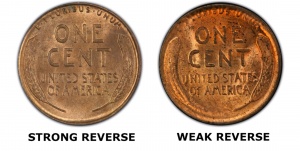 The mint mark is missing entirely in this coveted variety, and the reverse shows lines in the wheat ears with a stronger strike.

This was described by the consignor in a HiBid.com auction as “Die Pair #2, Plain,” but the auctioneer, being ethical, noticed marks where the “D” should be, and so recommended bidding as if a regular 1922-D. 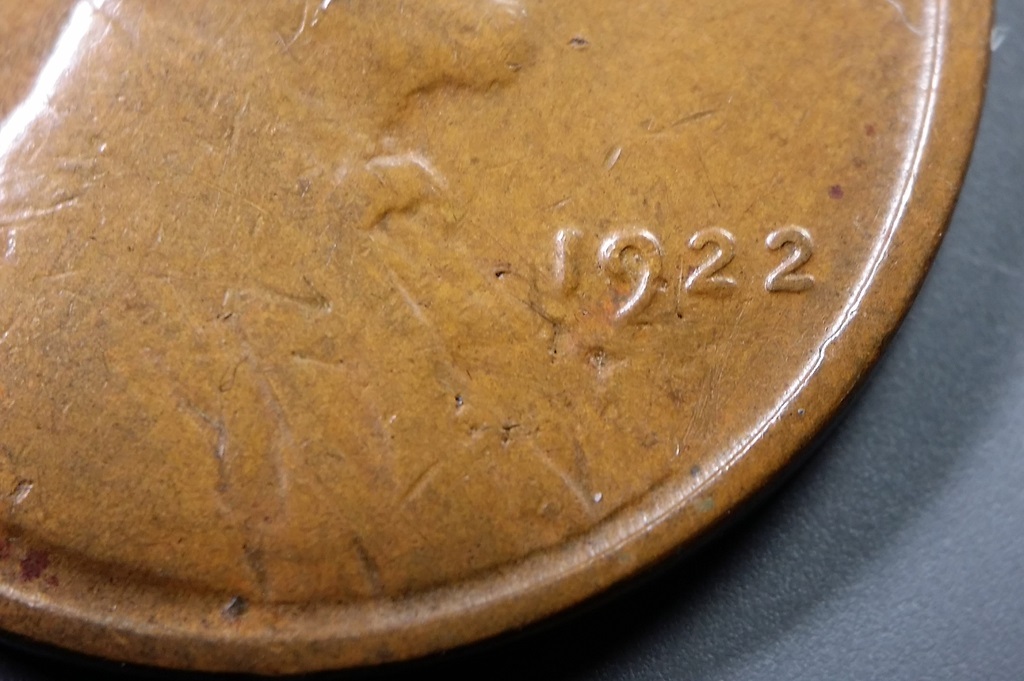 As you can see, this cent has been altered. This is the most common issue in online bidding on raw 1922 Plain cents. If any mark appears where the “D” should be, don’t bid. 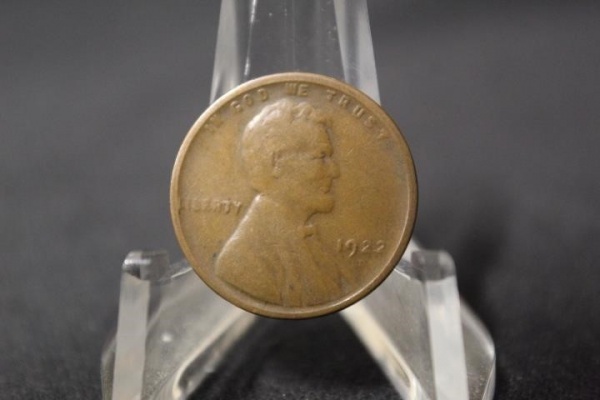 The auctioneer, again being responsible, described this as a 1922-D cent. But some would falsely call a cent of this condition as “weak.”

The seller claims this is a “weak” example in a recent HiBid.com auction: 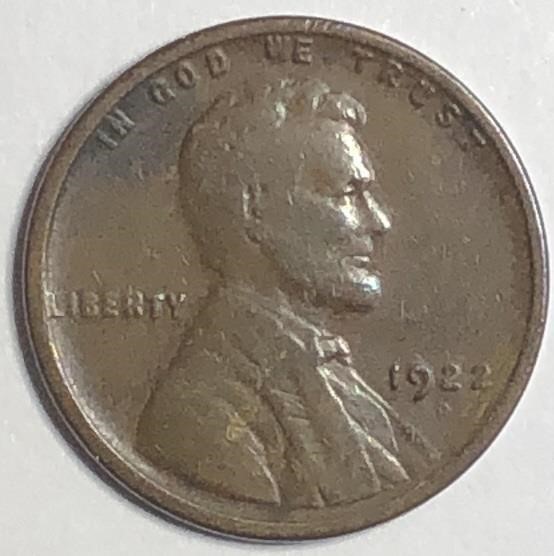 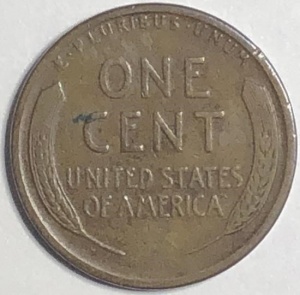 This cent at best is VF; compare it with an AU one from PCGS Coin Facts and you can see why I am not bidding: 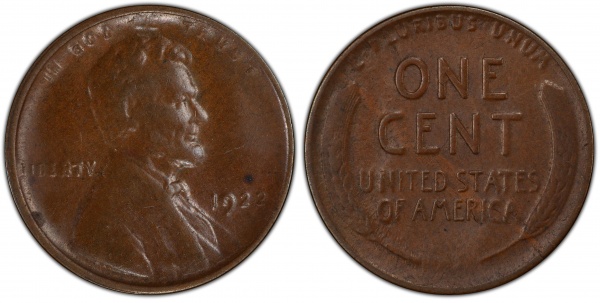 Even in “Weak” examples, you should barely see the “D.” Not so in the above case.

The auctioneer defined this as a 1922-D “Weak” cent, resisting the urge to call it a more expensive “Plain” variety: 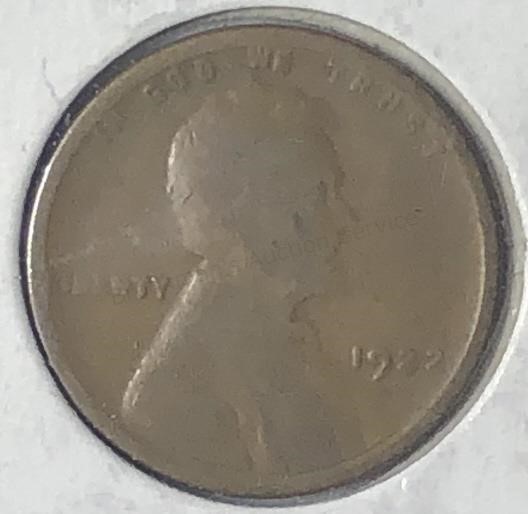 My recommendation when bidding online is to do so only when you are dealing with an expert numismatic auctioneer or on a holdered coin, as in this example offered by Strawser Auctions: 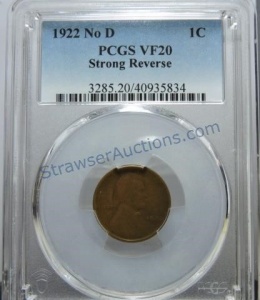 To learn more about Lincoln cent varieties and values, check out Q. David Bowers “A Guide Book of Lincoln Cents.” 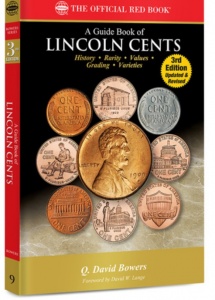