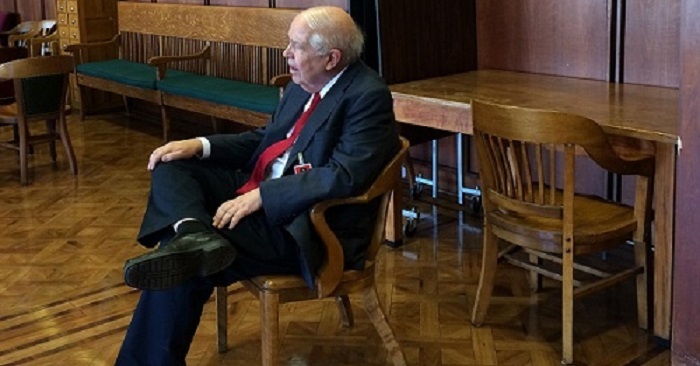 The first gold eagles were struck in September 1795, soon after the initial coinage of half eagles, which began in July. The motif is attributed to Chief Engraver Robert Scot. The obverse illustrates Miss Liberty facing right, wearing a cloth cap, also known in the Guide Book as the “Capped Bust to Right” style. The star count for the 1795-dated coins is 15, arranged 10 along the border behind the head and five at the right-side border in front of the head, and is popularly known as “five stars facing” or “10 x 5 stars.” Coins dated 1796 and 1797 have different obverse star counts.

The reverse depicts an eagle perched on a palm branch holding a wreath aloft in its beak, the “Small Eagle reverse” as it is known. The inscription “UNITED STATES OF AMERICA” surrounds the border. There are two widely publicized varieties of the reverse on 1795 eagles: 13 leaves on a branch (or 12, depending upon the method of counting), this being the usual variety; and the rare variety with only nine leaves on the branch. 1796- and 1797-dated pieces have 11 leaves in the branch. Little notice of the leaf count in the branch was given in catalogs until recent decades.

The total mintage of the 1795 to 1797 $10 gold coins with Small Eagle reverse is probably fewer than 14,000 coins, although the exact figure may never be known, as in the early years, the Mint did not keep strict accounting of calendar year mintage vis-a-vis the dates actually appearing on the coins.

It is evident that most $10 coins dated 1795 to 1797 with the Small Eagle reverse were used in domestic commerce, although many were probably exported. As these coins circulated, they acquired wear, with the result that grades such as VF are often seen today.

The 1795 has five varieties coined from three obverse and three reverse dies. The most famous combination is that having the reverse with nine leaves in the palm branch. This reverse die was used only in 1795, and, apparently, for only a short time. The most often encountered $10 coin of this type is the 1795 with 13 leaves on the reverse which exists in four die combinations.

The 1796 has one variety coined from a single die pair. The eagles of 1796 are of the same general design, but have 16 stars, reflective of the addition of the 16th state to the Union, Tennessee, on June 1, 1796. The stars are arranged eight left and eight right (“eight stars facing”). As a class, the eagles of 1796 are considerably scarcer than those dated 1795.

The eagles of 1797 are the scarcest of all within this type. The star count remained at 16, but in this year the arrangement was 12 left and four right (“four stars facing”). Of the 1797 $10 gold coins, two reverse varieties exist — the presently discussed Small Eagle type, which is considerably the rarer, and the 1797 Heraldic Eagle, introduced later that year, with stars arranged 10 left and six right (a reverse which continued being combined with the Capped Bust through 1804).