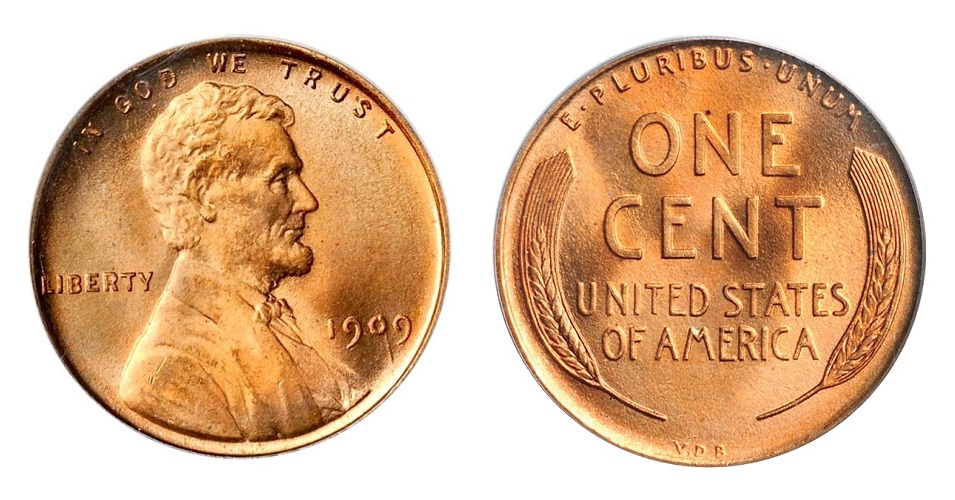 In 1909, the 100th anniversary of Abraham Lincoln’s birth, a new coin appeared on the American scene, the Lincoln cent. The designer was Victor David Brenner, whose initials appeared on the bottom of the reverse of the first issues. The obverse of the Lincoln cents shows the portrait of the president from the shoulder up, facing right. The reverse illustrates two stylized wheat stalks. This general format, with only minor variations, was produced from 1909 through 1958.

In 1909 much enthusiasm was generated for the forthcoming cent by various newspapers. The Mint received requests galore from banks, businesses, and others who wanted to have a supply of the new cents on hand. To anticipate the demand, 25 million were struck before distribution began on August 2nd. The popularity proved so great that Sub-Treasury outlets and banks rationed the new cents to a limit of 100 per customer. Long lines formed at the payout windows of various Treasury Department outlets. On August 5th supplies ran out, and signs were posted reading, “NO MORE LINCOLN PENNIES.” For the next few days newsboys, street sellers, and others had a field day selling the pieces at premiums. As usual in such instances, tales of scarcity helped fuel the demand. It was widely stated that there was a mistake in the design, and all the pieces would be recalled. 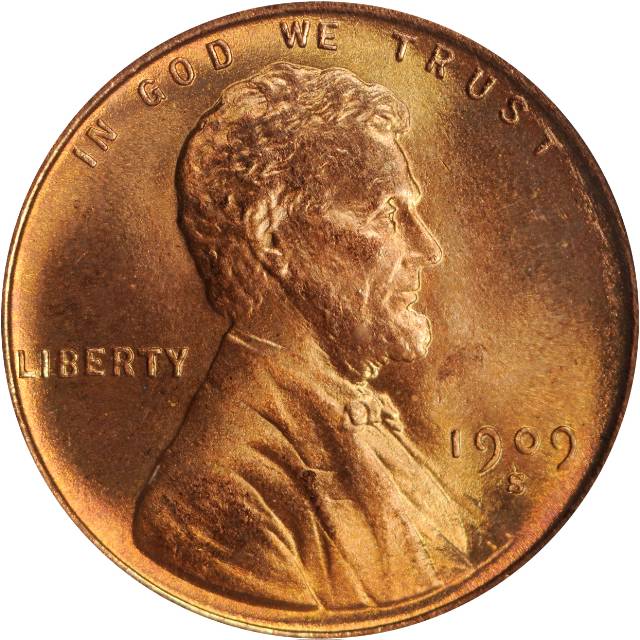 Following the introduction of the new cent, a design received favorably by numismatists, there were many public criticisms. The most curious of these was that the initials of Brenner, V.D.B., were too prominent. (See the Guide Book for a photo enlargement of the initials). An advertisement for a private engraver (Brenner was an independent artist, not a Mint employee) should not appear on American coinage, it was said. Others proclaimed that the letters were too noticeable on the coin. Never mind that the initials of Augustus Saint-Gardens, also an artist in the private sector, had been boldly emblazoned on double eagles since 1907, two years earlier. Consistency was not a virtue of the United States Mint or, for that matter, of the public. In response to complaints, the offending V.D.B. initials were removed, but not before 27,995,000 were struck at Philadelphia and 484,000 at San Francisco. 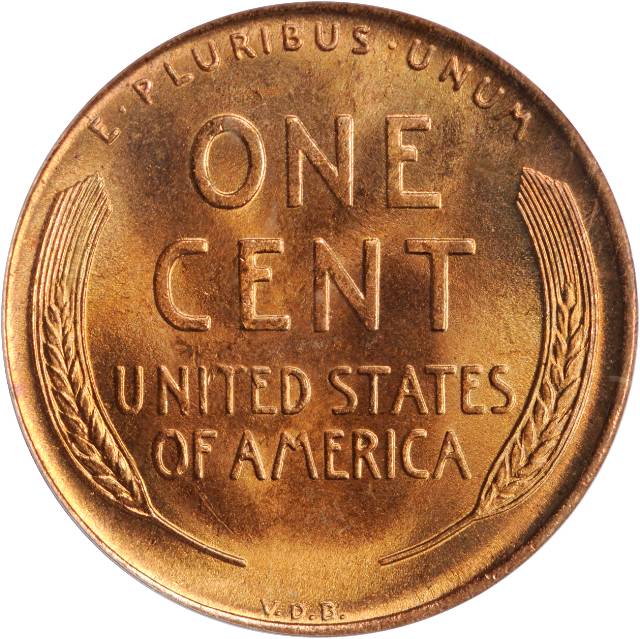 Although enough 1909 V.D.B. cents were produced to make them common for a half century later, the 1909-S V.D.B. produced in San Francisco quickly became a popular rarity. Almost from the outset a strong premium was attached to them. Beginning in the 1930s when collecting Lincoln cents became a popular pastime with the public (inspired by the distribution of Whitman “penny boards”), the prized 1909-S V.D.B. was the object of desire by virtually every schoolchild bitten by the collecting bug. Other Lincoln cent issues might be rarer, especially in Uncirculated grade, but none were more famous.

Key inflation gauge rises 3.6% from a year ago – biggest jump in 30 years