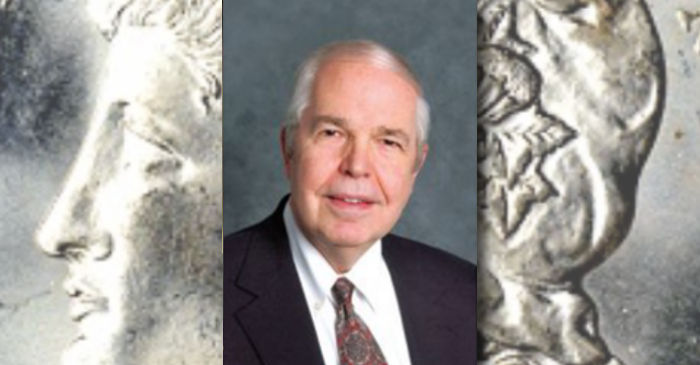 The following is a re-post from Q. David Bowers’s “Bowers on Collecting” weekly column on Coin Update.

Welcome to my new series of columns. Over a period of time, I will touch on various subjects — from the popular, as here, to the obscure. I hope that you enjoy them. If you have any feedback, comments, or suggestions for future columns, just use my email address at the bottom.

Years ago, the most popular American series to collect was Lincoln cents from 1909 onward. This was a lot of fun, as with just a few exceptions, all dates and mint marks could be found easily in circulation. In 2018, that is not so. In fact, even finding a common date in the 1940s or 1930s isn’t easy to do, and finding something rare such as a 1914-D is all but impossible. 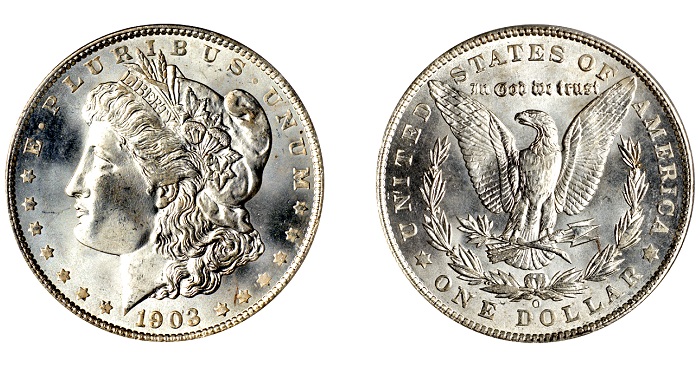 In the Guide Book of United States Coins in 1962, the 1903-O dollar was cataloged at $1,500. There was not a single Morgan dollar listed higher. This was the rarity of rarities! Hover to zoom.

Enter Morgan silver dollars. These were made in large quantities from 1878 to 1921 in response to a Congressional boondoggle to please western mining and other interests. The price of silver was depressed on the market, and under the Bland-Allison Act of February 28, 1878, Uncle Sam was directed to purchase millions of ounces of silver bullion each month. Starting soon after the legislation was passed, silver dollars of a new design by George Morgan went into production at the Philadelphia, San Francisco, and Carson City mints — joined by the New Orleans Mint in 1879. The production of dollars was far greater than the demand for them. At the time, silver dollars were used in circulation in certain areas of the West, particularly the Rocky Mountain states, but were hardly seen in the Midwest, Northeast, and other sections of the country.

As a result, tens of millions of coins, then hundreds of millions of coins piled up in Treasury vaults. The mints ran out of room, and in one instance the Philadelphia post office was used as a storage space. Into the 20th century, silver dollars were popular gifts, particularly at holiday times. These were available from banks and from the Treasury, and thousands were paid out. Still, most remained in storage.

In the meantime, collecting Morgan silver dollars from 1878 to 1921 became a popular pastime. The Guide Book of United States Coins, the first edition of which was dated 1947, listed nearly 100 different dates and mint marks, nearly all of them priced in Uncirculated grade for low amounts — many for not much more than face value. Fast forward to 1962. The number of numismatists in America had increased dramatically, with millions of people interested, and tens of thousands of people subscribing to Coin World, Numismatic News, The Numismatist and other publications. Morgan silver dollars were a hot topic. In particular, demand was high for those struck at the Carson City Mint — romantic pieces from the Wild West. These were minted from 1878-CC to 1885-CC and again from 1889-CC to 1893-CC. All were quite collectible, although the 1879-CC and 1889-CC were rarer than the others. The two key issues in the entire series were the 1893-S Morgan dollar, priced at $1,500, and the 1903-O at the same price. The 1903-O was a particular mystery. Although 4,450,000 had been minted, and although worn pieces were available readily enough, Uncirculated coins were exceedingly rare. In fact, I had never seen or owned one! It was estimated that only a half dozen or so existed.

In November of 1962, the usual demand for silver dollars at holiday time took place. People calling at the Philadelphia Mint and asking for dollars were rewarded when the on-hand supply ran low and a vault that had been sealed in 1929 was opened to reveal bags of coins. These included thousands of 1903-O dollars. The treasure hunt was on!

More in my next column.

If you wish to reach out to me for commentary, questions, or suggestions, I can be contacted via e-mail at .

The spectre of high inflation returns to haunt Latin America