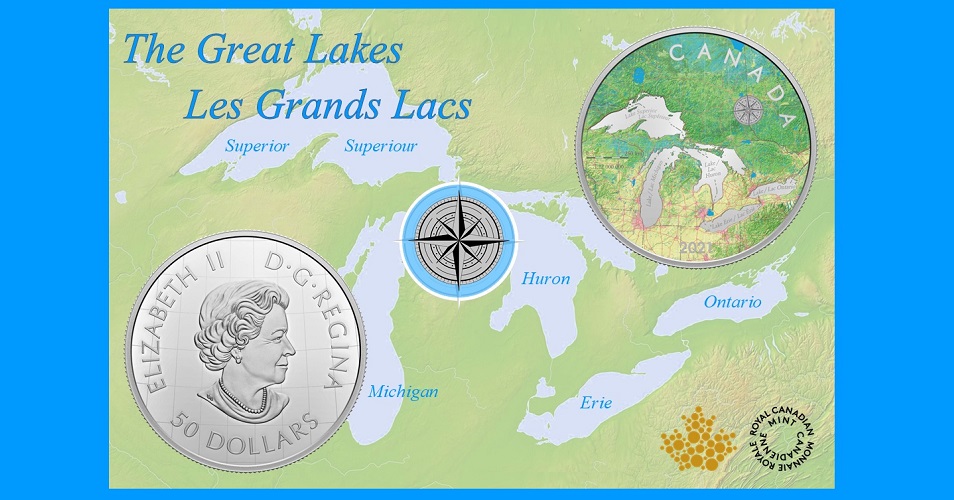 The Royal Canadian Mint has released new silver Proof and colour coins that feature North America’s five Great Lakes as a primary design. A source of energy, irrigation for millions of square miles of cultivated and agricultural land, the five Great Lakes of Superior, Michigan, Huron, Erie, and Ontario are invaluable to North America’s ecosystem, economy, and overall survival. Shared between Canada and the United States and spanning more than 750 miles (1,200 kilometres) from west to east, these vast inland freshwater seas also provide water for transportation, recreation, and many other uses. By surface area, Lake Superior is the second-largest lake in the world and the largest freshwater lake. Lake Michigan is the largest lake that is entirely situated within one country. The lakes form the largest fresh surface water system on Earth with 84% of the continent’s supply and are crucial as the primary source of drinking water for almost 50 million people in Canada and the United States.

Nearly 25% of Canadian agricultural production and 7% of American farm production relies on the waterways of the Great Lakes irrigating croplands resulting in some of the world’s most abundant yields. In terms of energy, four of the Great Lakes provide a primary source of water going over Niagara Falls. The amount of electricity the power plants at Niagara Falls have the capacity to output is close to 4.9 million kilowatts, which is enough to power nearly four million homes. Canada’s side of the combined capacity is close to 2.2 million kilowatts while on the U.S. side, plants have a capacity of producing roughly 2.7 million kilowatts. 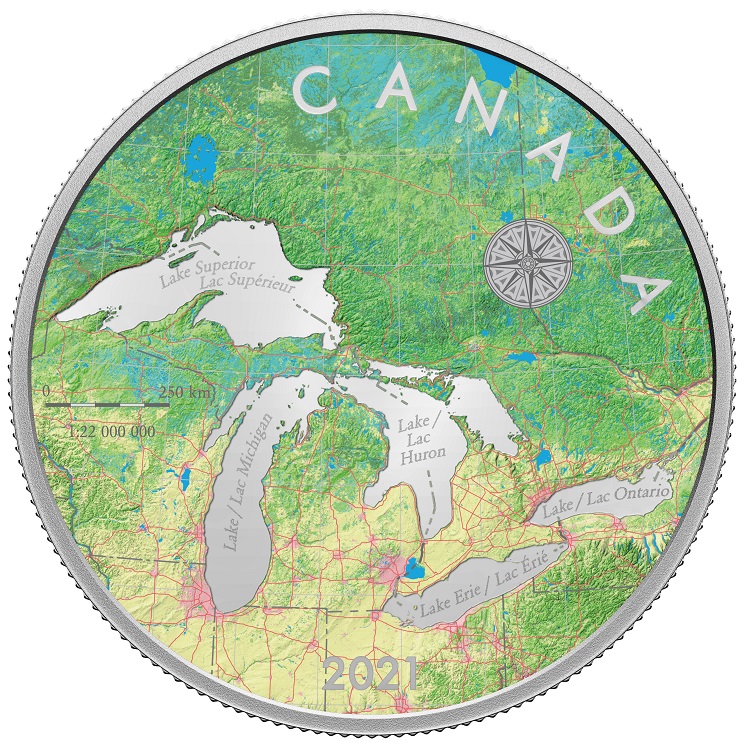 Designed by artist and Canadian geographic cartographer Chris Brackley, the coin’s reverse features a magnificent custom “true scale” map of the Great Lakes region. This design and project marks the first time a cartographer has created a map exclusively for the Royal Canadian Mint and is a true representation of the Great Lakes and surrounding region scaled down (1:22,000,000) to fit this coin’s reverse. Vivid colour is effectively applied over engraved relief which adds new layers of information. Each colour represents a different land cover that includes three shades of green to represent different forest types, blue/green represents wetland, pink represents urban space, yellow represents farmland, and lastly, red lines indicate roadways. While colour fills in the surrounding area, the Great Lakes feature a brilliant finish that amplifies the reflective qualities with the effect replicating sunlight hitting the lake’s surface. The name of each lake appears as frosted elements and towards the upper-right edge is the word CANADA. 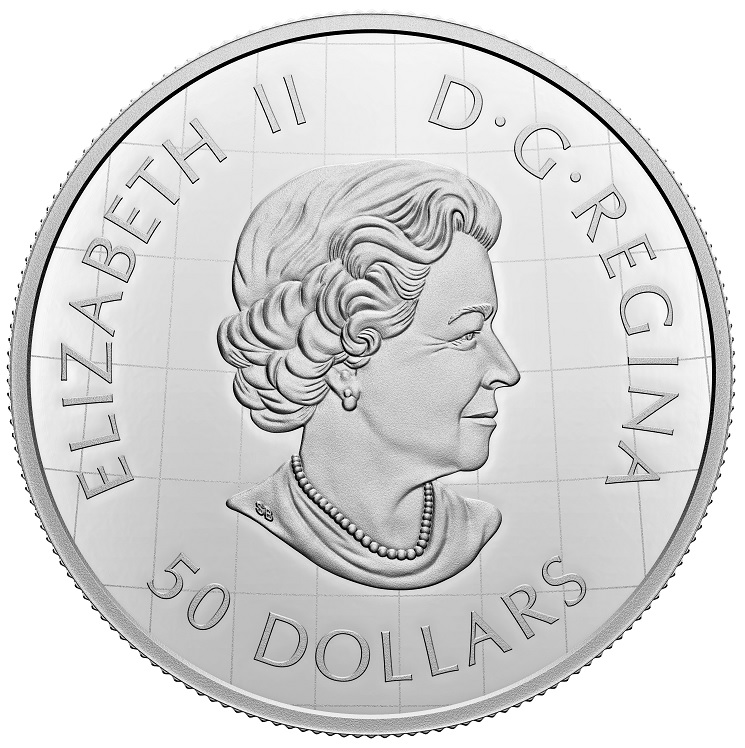 Just to the left of the text is a compass rose to indicate direction, while graticules (or lines representing longitude and latitude) are painted onto the map and laser-engraved on the obverse, which also features the effigy of Her Majesty Queen Elizabeth II created by Susanna Blunt. The denomination of 50 DOLLARS is placed below the Queen’s likeness. 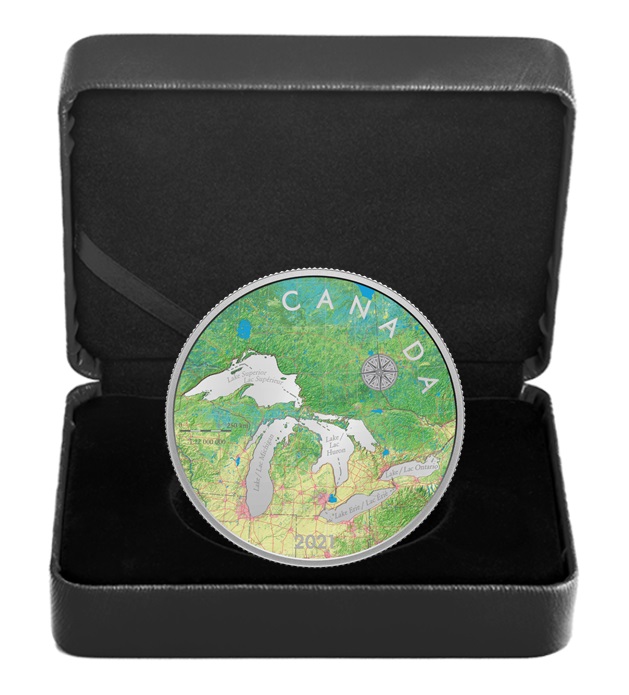 Each $50 coin is individually encapsulated and presented in a Royal Canadian Mint-branded custom case to accommodate its larger diameter and is accompanied by a certificate of authenticity and black outer protective box. For more information about this coin and others released by the Royal Canadian Mint, please visit their website.