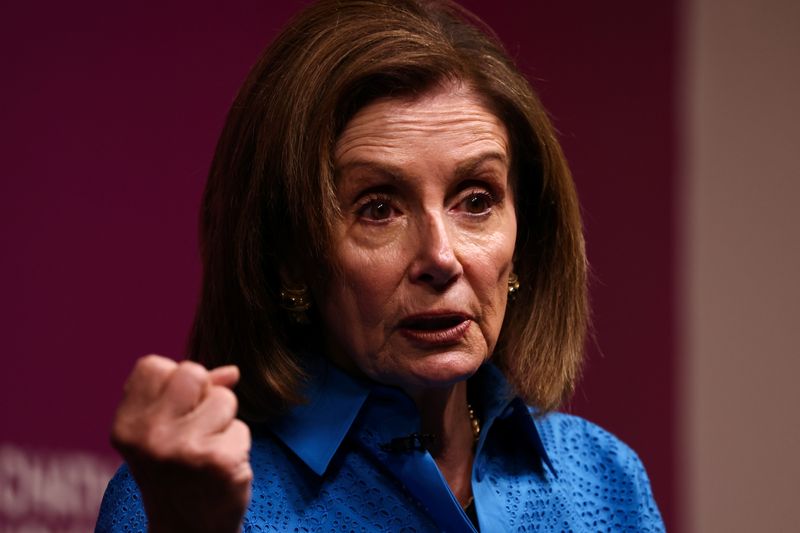 LONDON (Reuters) – Capitalism has not served the U.S. economy as well as it could have, U.S. House of Representatives Speaker Nancy Pelosi said on Friday, saying that the system needed to be improved.

“In America, capitalism is our system, it is our economic system, but it has not served our economy as well as it should,” she told a Chatham House event. “So what we want to do is not depart from that, but to improve it.”

Disclaimer: Fusion Media would like to remind you that the data contained in this website is not necessarily real-time nor accurate. All CFDs (stocks, indexes, futures) and Forex prices are not provided by exchanges but rather by market makers, and so prices may not be accurate and may differ from the actual market price, meaning prices are indicative and not appropriate for trading purposes. Therefore Fusion Media doesn`t bear any responsibility for any trading losses you might incur as a result of using this data.

Fusion Media or anyone involved with Fusion Media will not accept any liability for loss or damage as a result of reliance on the information including data, quotes, charts and buy/sell signals contained within this website. Please be fully informed regarding the risks and costs associated with trading the financial markets, it is one of the riskiest investment forms possible.

Gold and Silver Both Drain from Comex Inventory