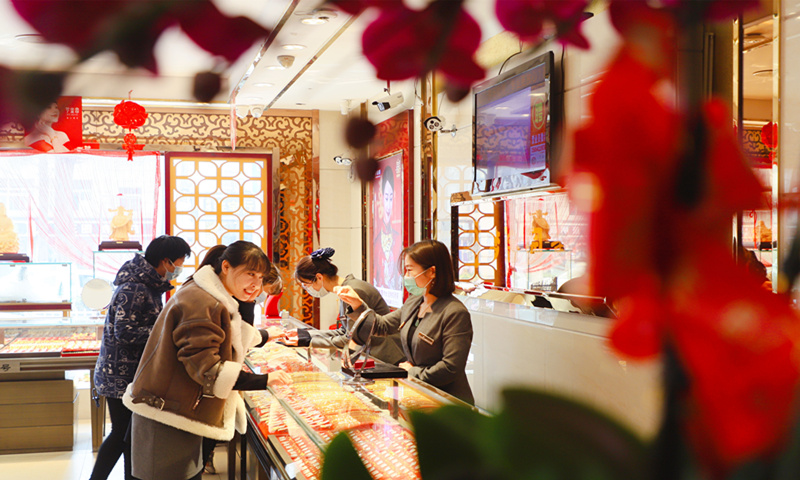 China’s gold consumption plummeted by nearly 20 percent in 2020 largely because of the coronavirus pandemic, but rebounded sharply in the first half of 2021, an industry report showed on Tuesday.

Despite the significant contraction, China remained the world’s largest gold consumer in 2020 for an eighth consecutive year.

Consumption for jewelry was down 27.45 percent year-on-year to 490.58 tons, while bar and coin sales were up 9.21 percent. Industrial use was down 16.81 percent, according to the CGA report.

The decline in consumption came with a decline in gold production. Still, China has been the world’s No.1 gold producer since 2007.

In 2020, China’s gold production was down 3.91 percent to 365.35 tons due to environmental conservation efforts and production disruptions from the pandemic.

In the first half of 2021, however, China witnessed a rebound in gold consumption of 69.21 percent to 547.05 tons due to macroeconomic policies that aimed at bolstering domestic consumption, the CGA said. Compared with the pre-virus levels of 2019, the annual increase for the first six months of 2021 was 4.49 percent.

During the same period, gold production in China continued to fall, contracting by 10.18 percent to 152.75 tons due to work accidents that disrupted gold mine output in gold-producing East China’s Shandong Province.

Globally, it is expected that demand for gold from the jewelry industry will rebound 37 percent this year, according to estimates published in a separate report on Tuesday.

Bowers on Collecting: Numismatics in the first decade of the 20th century

David Einhorn: Inflation Is Here To Stay, And Powell Hasn’t Lifted A Finger

Swiss stock up on gold – OpEd

Paul Tudor Jones says inflation could be worse than feared, biggest threat to markets and society