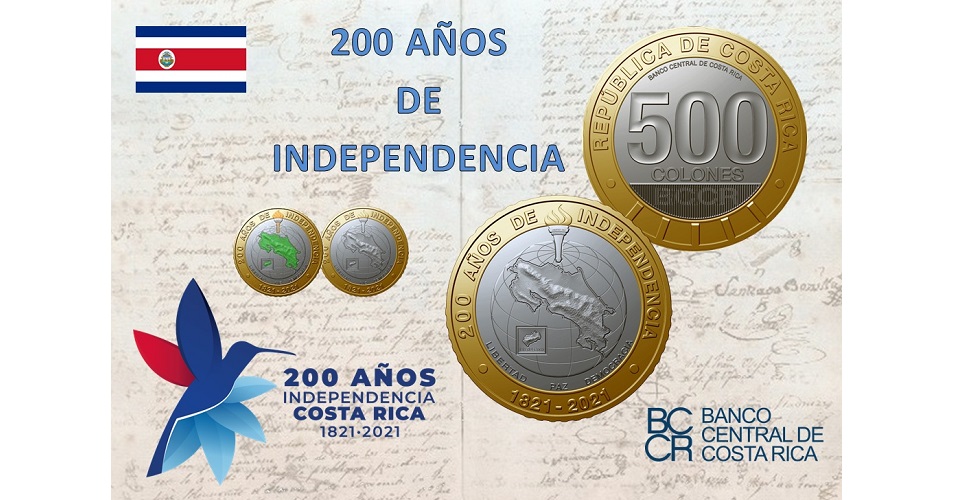 The Banco Central de Costa Rica launched (28th September) new commemorative 500-colones (U.S. $0.80) commemorative coins in celebration of the Central American country’s bicentenary anniversary of independence. The coin was unveiled to the country’s media at the currency museum of the Central Bank of Costa Rica at their location in Plaza del Cultura by the Banco Central’s president Rodrigo Cubero Brealey in the presence of their excellencies, President Carlos Alvarado Quesada and First Lady Claudia Dobles.

Costa Rica shares similar history with many countries in Central and South America with the declaration of independence having been proclaimed on the 3rd October 1821. This was done by the Captaincy General of Guatemala, which was formed of the present-day state of Chiapas in Mexico, Guatemala, El Salvador, Nicaragua, Costa Rica, and Honduras collectively and they soon joined the new Empire of Mexico. However, all but Chiapas soon separated from Mexico due to Iturbide’s brief regime as Mexican emperor. Costa Rica thereafter joined the Federal Republic of Central America before seeking full independence on the 14th November 1838. Historically, Costa Rica has generally enjoyed greater peace and more consistent political and economic stability than many of its fellow Latin American nations. On the 1st December 1948, Costa Rica abolished its military force and thus became the only Latin American country without a standing army until neighbouring Panama abolished their own military forces in 1990. 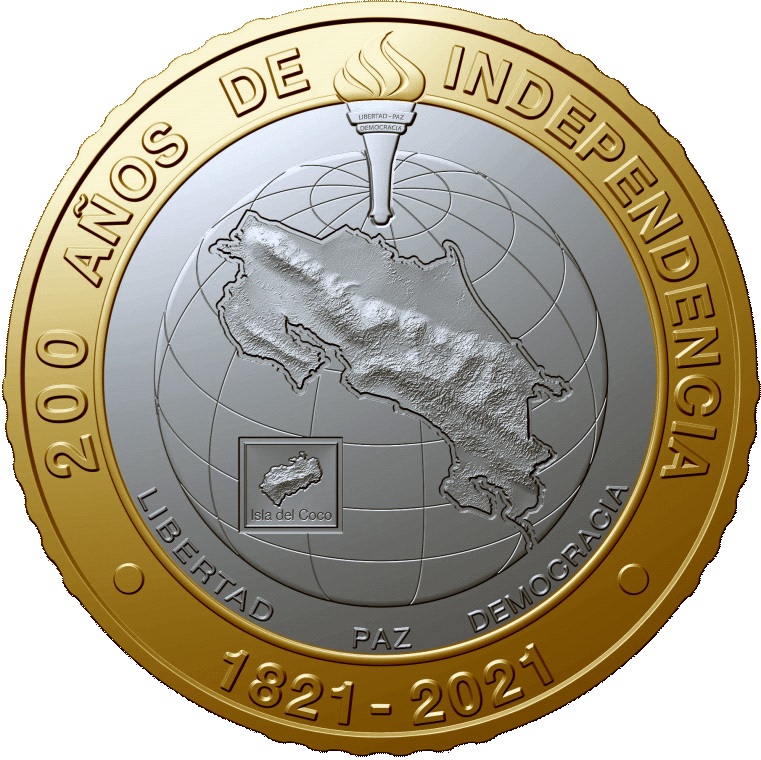 The design of the coin was created by graphic artist José María Castro Madriz, also a professor at the University of Costa Rica. Castro is a fourth-generation direct relative of the former president and founder of the republic with whom he shares both his name and surname. The obverse side depicts a globe with the outline of Costa Rica, featuring a topographical image highlighting its mountain ranges. For the first time in Costa Rican numismatic history, Cocos Island is included on the map, thus integrating it as part of Costa Rican territory and as part of the country. Just under the globe is the text LIBERTAD PAZ DEMOCRACIA. In the centre above the globe is a torch, an allegorical motif of independence. Above the design is the inscription 200 AÑOS DE INDEPENDENCIA (“200 years of independence”) and below, the years of commemoration, 1821 – 2021. 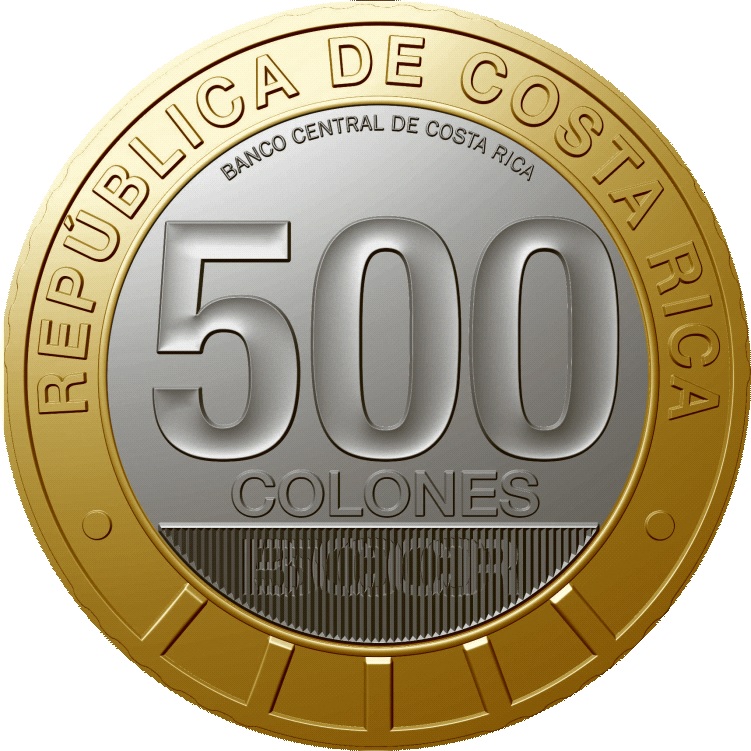 The reverse side features the coins’ denomination of 500 COLONES centred. Below is a security feature that includes a latent image, the initials BCCR alternates with the numeral 500 when the coin is tilted. Above the denomination is the text BANCO CENTRAL DE COSTA RICA and above the primary design along the edge is the country’s name, REPÚBLICA DE COSTA RICA. Below the numerical denomination are five vertical bars in high relief, which are included to facilitate recognition of the coin by visually impaired persons. 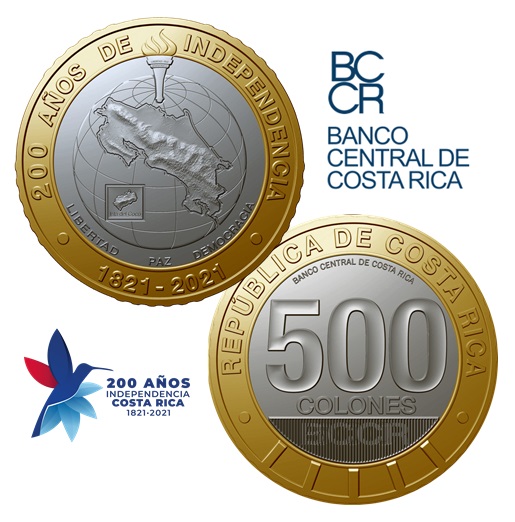 A total of five million coins are being produced, essentially one for every person in the country, and will begin circulating from November. For collectors, a limited number of commemorative pieces identical in design to those to be placed into circulation will be issued in Proof quality and with an application of colour on the obverse side. The encapsulated and specially encased collector coins will be available in the BCCR’s newly opened Museum shop, details on how to acquire them will follow in the weeks ahead. For additional information about the coins and banknotes issued by the Banco Central de Costa Rica, please visit their website.

Six United States Coins That Honor the Statue of Liberty