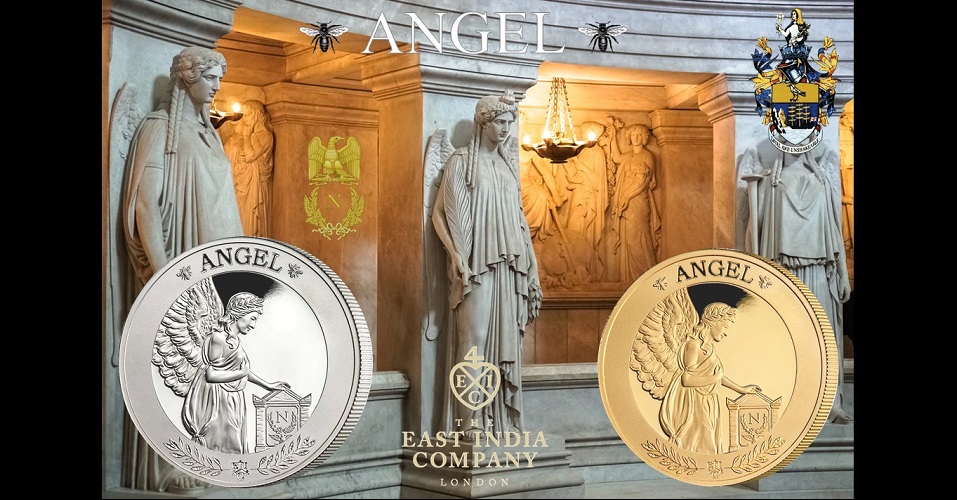 The East India Company, in conjunction with the government and treasury of St. Helena, have released new limited-edition one-ounce Proof quality coins as a timely tribute to one of history’s most intriguing personalities who shaped the fate of Europe. On the occasion of the 200th anniversary of the death of Napoleon on the island of St. Helena, gold and silver Proof-quality coins have been struck with an intriguing design emblematic of the long history of traditional coin design in France — the angel. 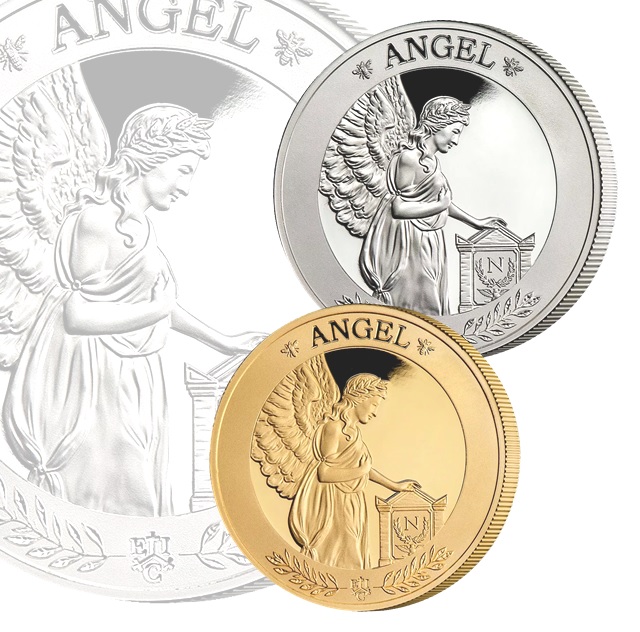 Born on the island of Corsica on the 15th August 1769, Napoleone di Buonaparte (his given name) would live on in history as the man who famously built an Empire across Europe. His meteoric rise to power in the wake of the French Revolution became a threat to almost every crowned head and power in Europe. The newly enthroned Emperor conquered many neighbouring countries and installed close members of his family onto their thrones. His final defeat at Waterloo in 1815 saw the once-great emperor exiled to St. Helena, at that time governed by the East India Company, where he lived out his final years until his death in 1821 at age 51.

Angel motifs have long played a role in French coins and medals, and more precisely in the story of Napoleon’s life and death. In 1792, renowned medalier Augustine Dupre (1748–1833) and 14th graveur général des monnaies, was commissioned by King Louis XVI to design a new French coinage which was to be reflective of the new order implemented after the French Revolution. Dupre’s efforts resulted in a depiction of the génie ailé (“winged genius”) of a standing allegorical male figure on a pedestal. He writes the word “Loi” on a stèle, with the motto “Le Règne de la Loi” (The Reign of the Law as opposed to absolutism). The design found its way onto gold and silver coins along with a new effigy of Louis XVI on the obverse. However, while the design proved popular, Dupre soon fell under suspicion of harbouring anti-revolutionary sentiments and was sentenced to be executed. Fortunately, he somehow managed to escape the cold touch of the guillotine, and legend has it by allegedly bribing his guards with one of his own Angel coins. The story took hold, and the Angel quickly became known as a “lucky” coin, a reputation that remained for decades. It was said 19th-century French naval captains wouldn’t leave port without an Angel coin in their pockets. According to folklore, Napoleon himself was not beyond a superstitious belief in the lucky Angel coin. He was said to have carried one throughout his reign, only to have fatefully lost it the day before his final defeat at Waterloo.

After his final defeat in Belgium at the hands of British and Prussian armies in June 1815, Napoleon was exiled to St. Helena, where he died in 1821. The former emperor was buried on St. Helena and with full military honours — though only as a general. He was shown a measure of respect by the full British garrison of 3,000 men who lined the route of the cortège, with arms reversed. His resting place was a plot of land which became known as the “Valley of the Willows” until 1840. At this time, and by order of French King Louis Philippe I, his remains were finally returned to Paris where Napoleon was finally laid to rest in a tomb under the dome of Les Invalides, previously the Royal Chapel. In Napoleon’s honour, death medals were produced, with one particular design featured an angel draped over his coffin. Surrounding his tomb are 12 imposing statues of watchful angels carved from stone and remain in Napoleon’s crypt to this day, peaceful, protecting, and forever eternal, which is the inspiration for the new Angel coins. 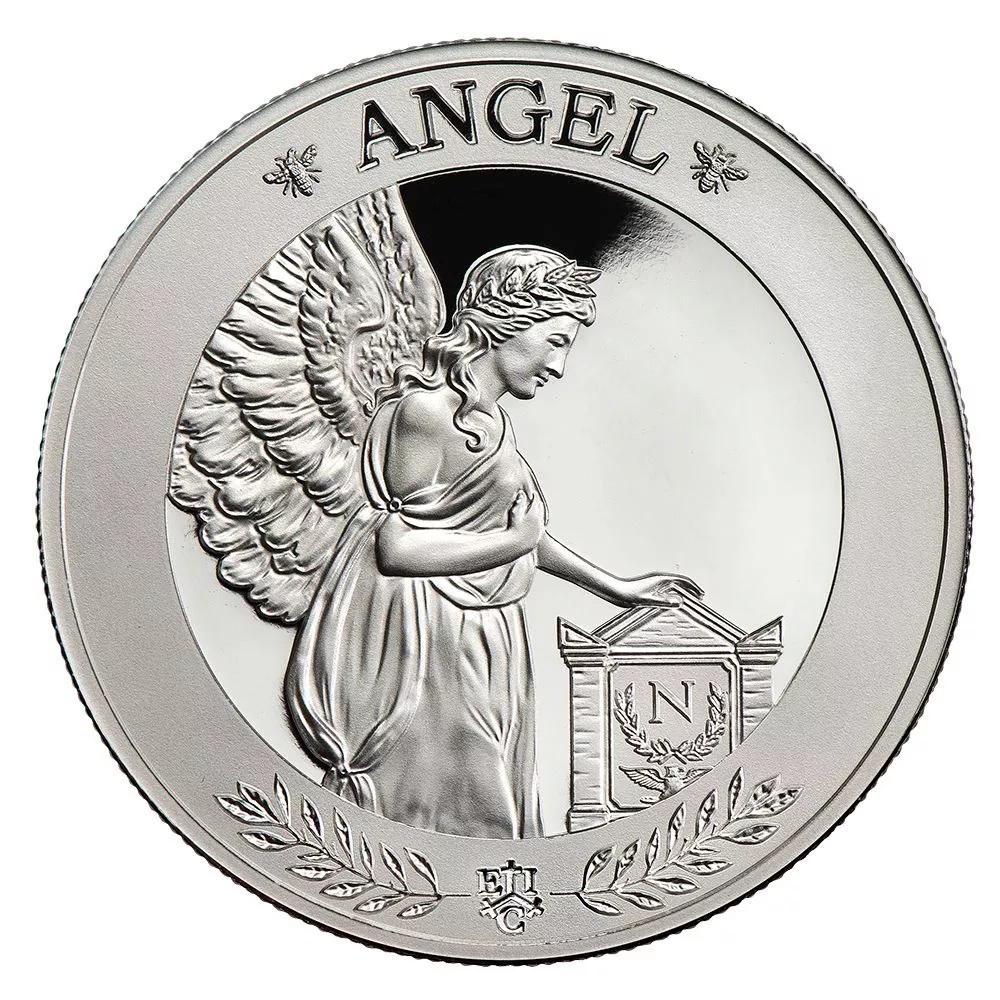 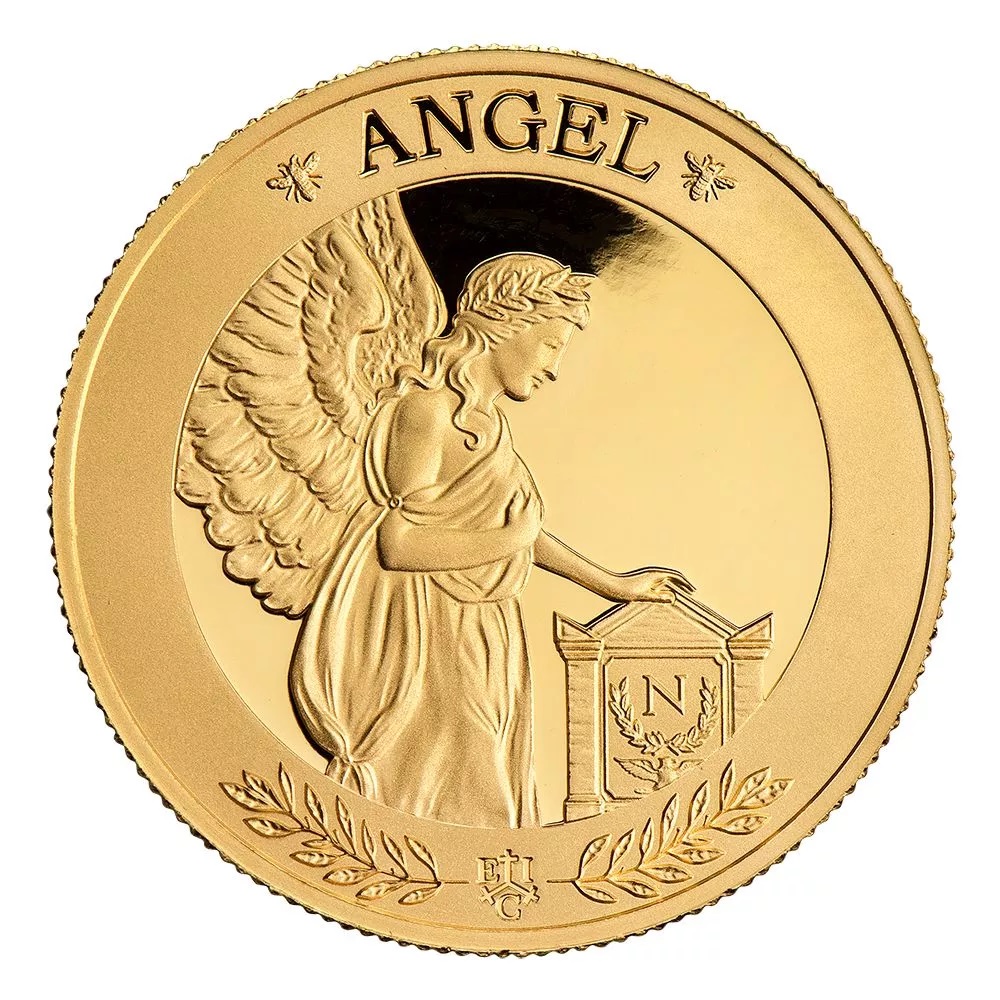 The design of the reverse side of both gold and silver coins reflect the sentiment of the return of the emperor’s remains back to France. The primary design includes a standing angel with her left hand resting upon the tomb of Napoleon, his monogram clearly shown. Above the design and along the upper edge is the text ANGEL surmounted by two bees on either side, another insignia representing the emperor during his lifetime. Below the design is the distinctive mintmark/logo of the East India Company placed in the middle of two olive branches. 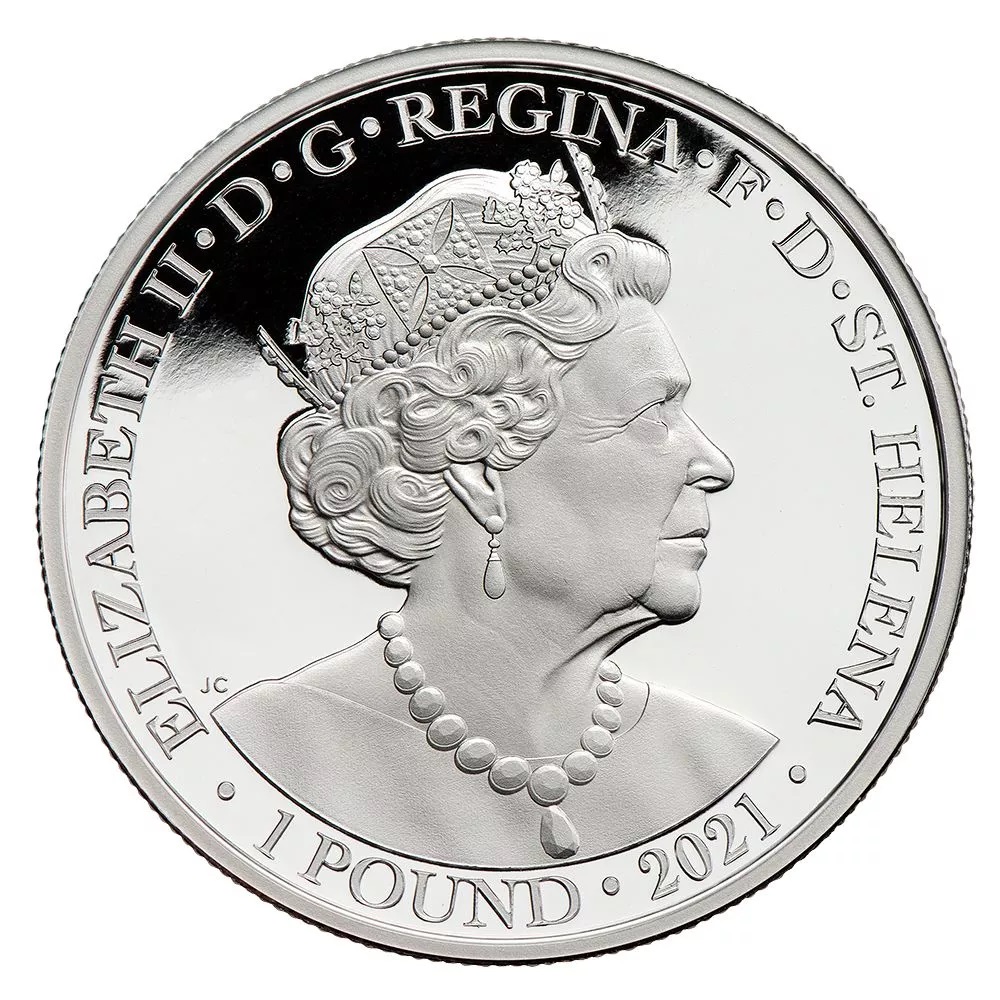 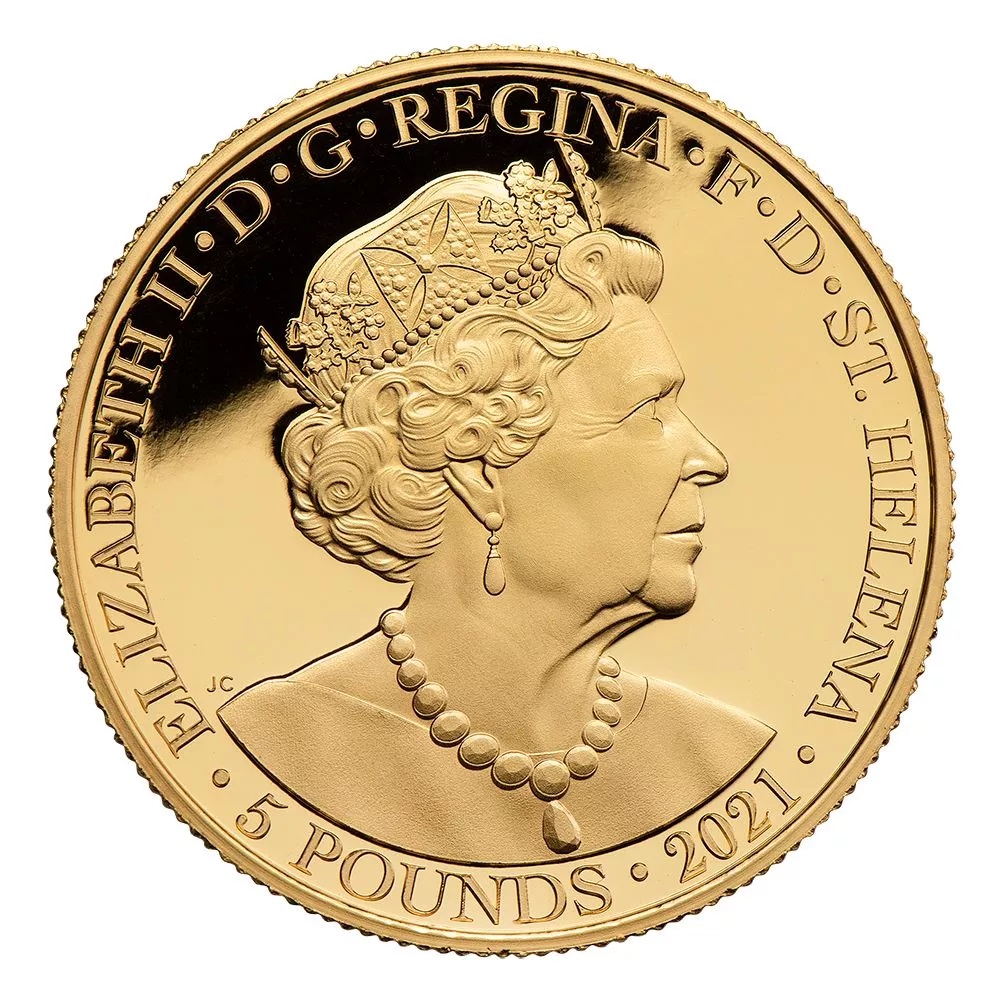 The obverse side carries the Commonwealth effigy of HM Queen Elizabeth II created by engraver Jody Clark. Below the Queen’s likeness is the coins’ denomination of 5 POUNDS (gold) or 1 POUND (silver), along with the year of release, 2021. 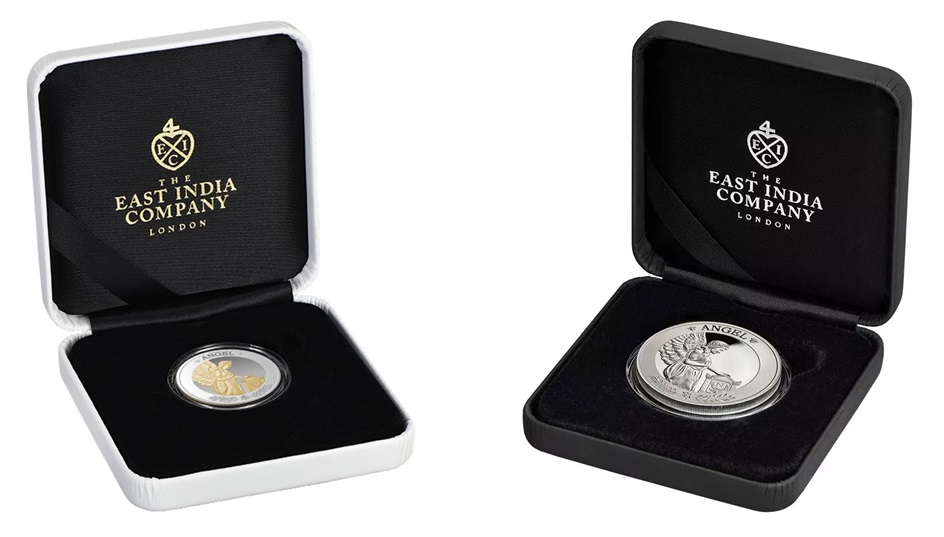 A silver Proof version with selective pure gold plating highlighting the angel motif on the reverse is also available with a very limited mintage. Each encapsulated gold and silver Proof coin is presented in a custom case and accompanied by a numbered certificate of authenticity and informative booklet. For additional information, please visit the website of the East India Company, Bullion.

Producer inflation accelerated in August, as wholesale prices rose record 8.3% from a year ago