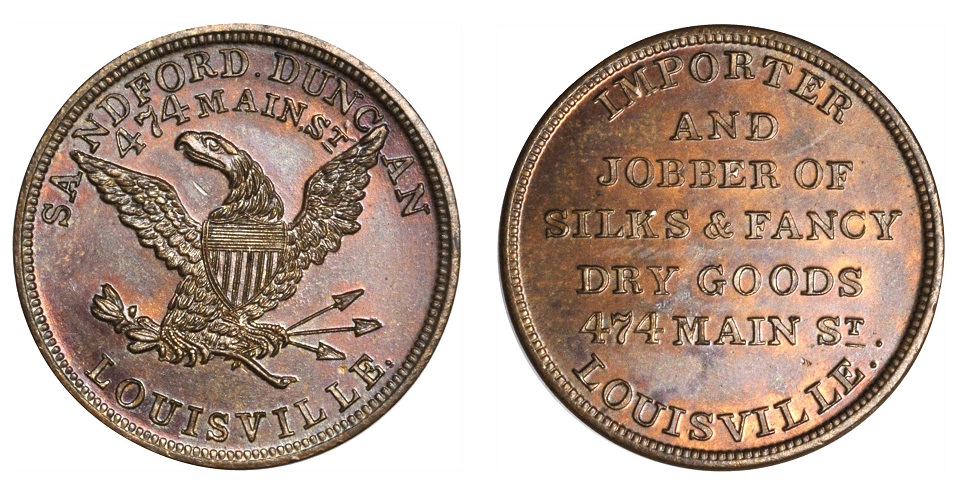 Louisville, Kentucky, more than quadrupled in population in the 20 years after 1830. Through the 1850s the city grew rich and vibrant as an important tobacco market and pork-packing center, and a hub of transportation with a bustling wholesale trade. Among the many businessmen who moved to the prosperous city was a 37-year-old merchant born in Logan County in southern Kentucky. His name was Sandford Duncan.

It gives us pleasure to call the attention of the city and country trade to the wholesale establishment of Mr. Sandford Duncan, adjoining the Louisville Hotel. He has a large and beautiful stock. Mr. D., although he has been doing business in the city only about two years, has already gained an extensive custom. He displays fine taste in the selection of his stock, and his thorough knowledge of the Western trade enables him to meet its wants precisely. Country merchants will find Mr. Duncan an agreeable gentleman to deal with. 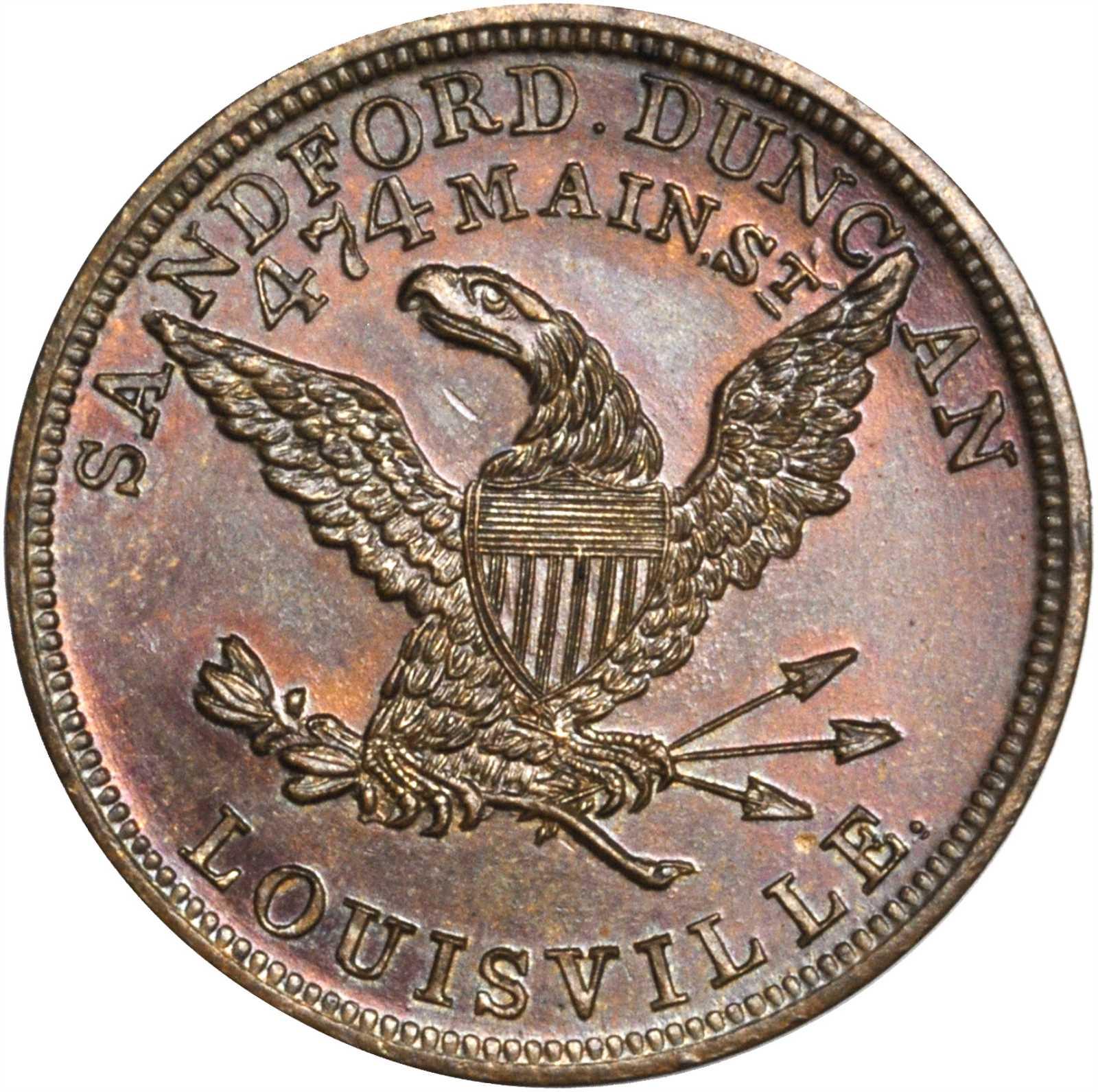 With some diligent searching, you can add a nice example of this charming Kentucky token to your collection—with its design reminiscent of an old-fashioned gold coin—for $50 to $100. This particular specimen sold in an auction “box lot” of five 1800s merchant tokens in March 2019. The lucky bidder won all five tokens for $312. (Image courtesy of Stack’s Bowers Galleries).

His firm was headquartered at various addresses in downtown Louisville, and by 1859 was situated at 474 Main Street. Sandford Duncan was joined by various helpers and partners over the years including Thomas J. Duncan (his brother, “of Princeton”) and Ebenezer Dickey (who had earlier worked for him as a merchant’s clerk in Caldwell County).

An example of their newspaper advertising: In a March 1859 edition of the Louisville Daily Courier, Sandford Duncan & Co. announced they were “now receiving a very large and desirable stock available for the spring trade, to which they invite the attention of buyers visiting the market.” 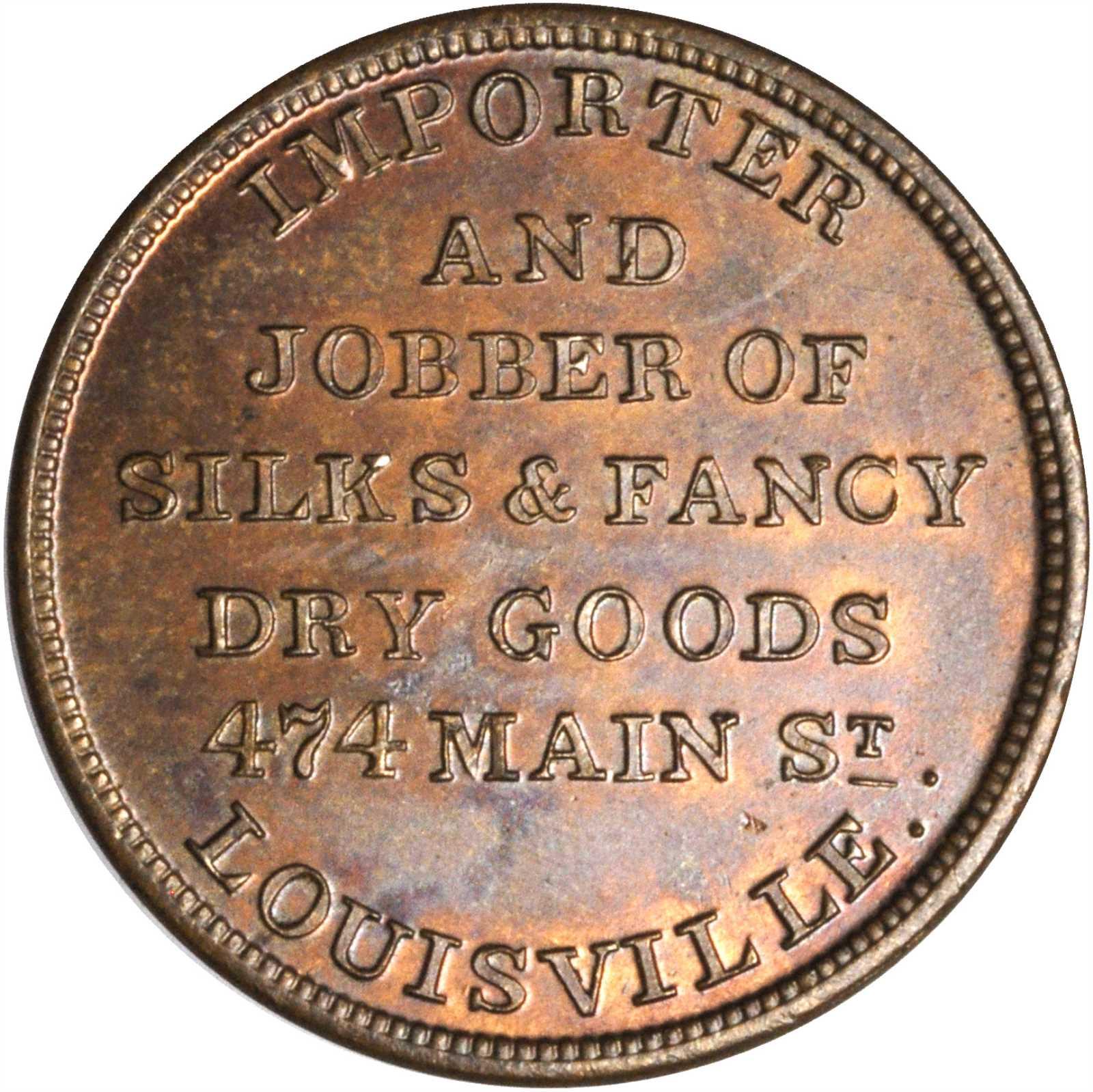 The Sandford Duncan token is known in copper and brass (including silvered brass). It likely dates from the mid-1850s, when Duncan was making his name as a wholesale merchant in Louisville. Today, high-grade Uncirculated examples are worth hundreds of dollars. (Image courtesy of Stack’s Bowers Galleries).

Their fare was various and sundry, however. On January 5, 1860, in the Courier-Journal, they advertised “a lot of good Pork Barrels” for sale.

Merchants visiting this market are advised to call on Sandford Duncan & Co., and examine their large and very desirable stock of fancy dry goods for the spring trade. Their stock of fancy dress goods of every description is certainly beautiful. They also have Wallace’s celebrated hoop-skirts. 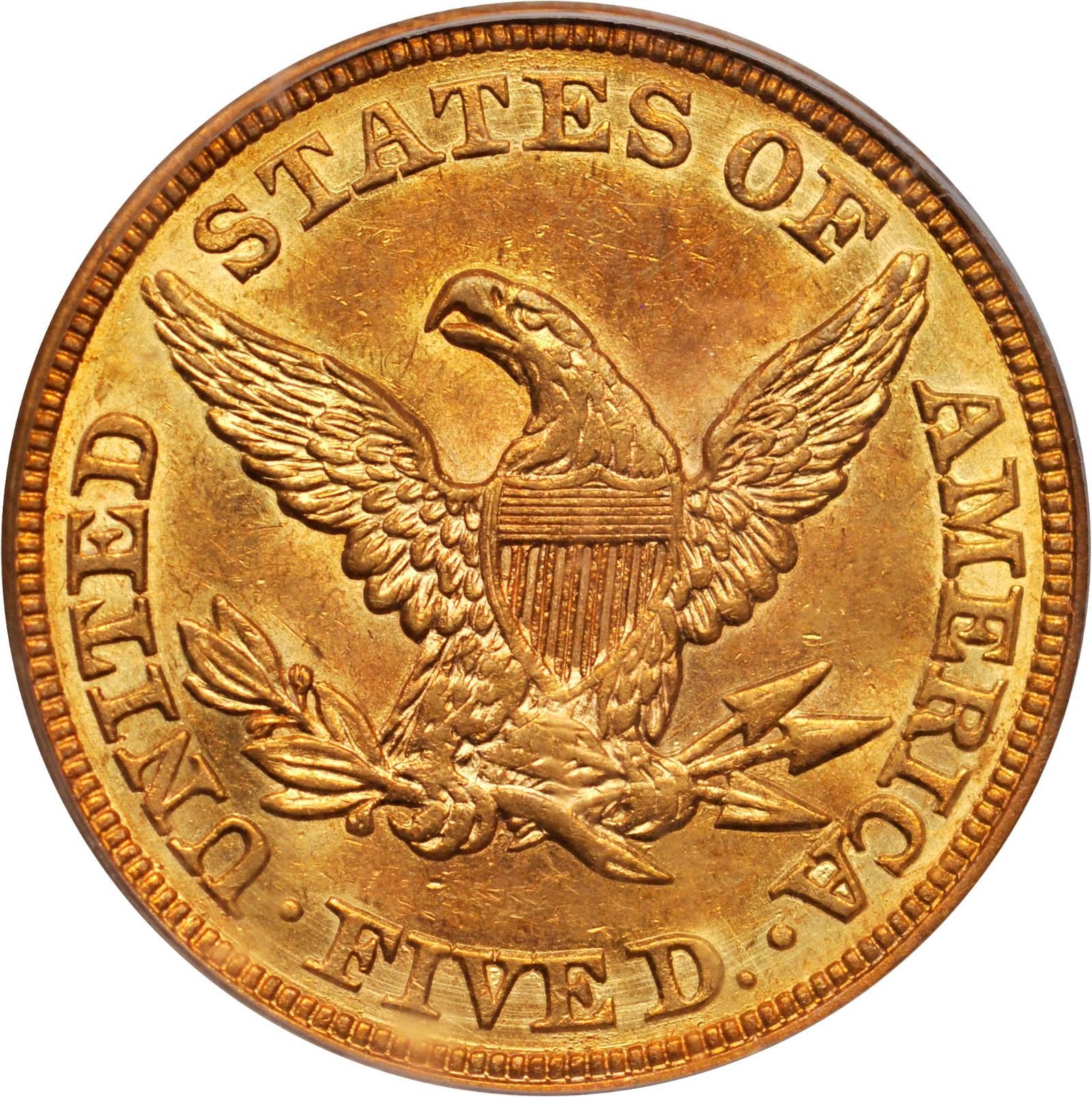 The reverse of a legal-tender $5 gold coin from 1855, the year Sandford Duncan moved his business to Louisville, Kentucky. Did he copy its eagle when he ordered his own advertising tokens to be minted? (Image courtesy of Stack’s Bowers Galleries).

Duncan clearly knew the importance of good advertising. He had a professionally engraved token minted to promote his business. The token, likely dating from the mid- to late 1850s, was made in copper and brass, but its heraldic-eagle design resembled the $5 gold piece of the era. It would have quickly caught the eye, and once the viewer’s attention was grabbed, he would read the details. The token gave the name of Sandford Duncan, his Main Street business address (featured on both sides), and a quick description of his firm: “Importers and Jobbers of Silks & Fancy Dry Goods.” 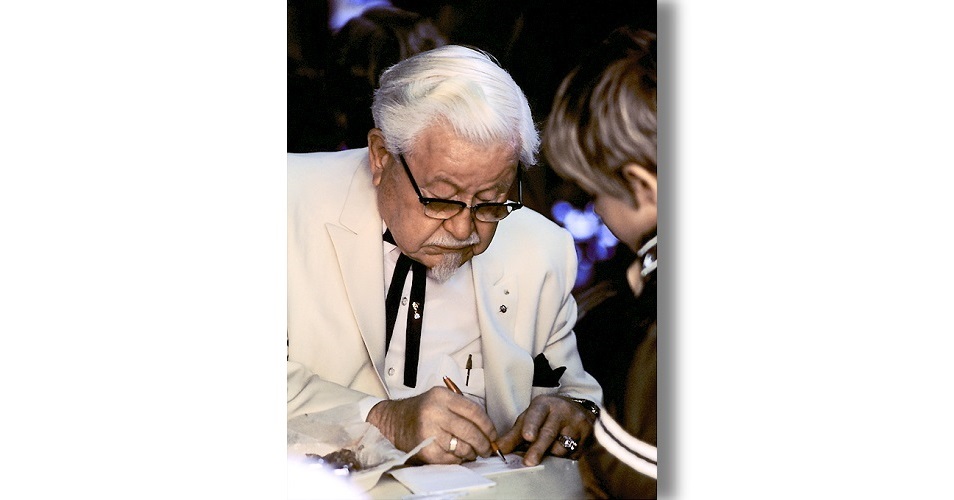 Then as now, businessmen and politicians went hand in hand. On Saturday, November 24, 1860, a couple weeks after Abraham Lincoln was elected president, Sandford Duncan was among “the citizens of Louisville and Jefferson county” publicly called to a meeting at City Hall the following Monday, November 26, “to take into consideration the present political condition of the country North and South.” Most Kentuckians had voted for John Bell, a slaveholder from Tennessee, who ran on the anti-secession Constitutional Union Party ticket. On May 20, 1861, Kentucky declared itself neutral in the Civil War. Louisville itself remained a stronghold for Union forces and a center for federal military planning and supply logistics, recruiting, and transportation. Although officially neutral, the Bluegrass State was essentially a Union state throughout the conflict.

Success in business, of course, is no guarantee for a happy life. Sandford Duncan’s wife, Mary Susan, died three years into the war at the age of 36, in June of 1864. He himself survived the personal and national turmoil and lived to the age of 61. He passed about a week before Christmas 1879, and was buried in Cave Hill Cemetery in Louisville. The fancy-goods merchant who did his part to build up the River City as an American business center is in good company at Cave Hill. Also interred there are “The Hannibal of the West,” General George Rogers Clark, who founded Louisville; several Union and Confederate generals; and the Hill sisters, who composed the song “Happy Birthday.” More recent internees include boxing champion and philanthropist Muhammad Ali, who was born and raised in Louisville, and the founder of Kentucky Fried Chicken, Colonel Harlan Sanders—two savvy Kentuckians who, like Sandford Duncan before them, knew the value of eye-catching publicity.

Dennis Tucker is the publisher of Whitman Publishing, a leading producer of books, storage and display supplies, and other resources for collectors and hobbyists. He was commissioned a Kentucky Colonel in March 2021 for his career in book publishing and his promotion of the Commonwealth’s status as an important subject in numismatics. His column “From the Colonel’s Desk” explores the Bluegrass State’s rich connections to American coins, tokens, medals, paper money, private currency, and related artifacts.

Kiyosaki hoarding bitcoin, gold, and silver – plans to scoop up bargains once the market crashes

A Brief Guide to the Hearts of Potosí