From the Colonel’s Desk: Hunting Kentucky treasures at the American Numismatic Association show 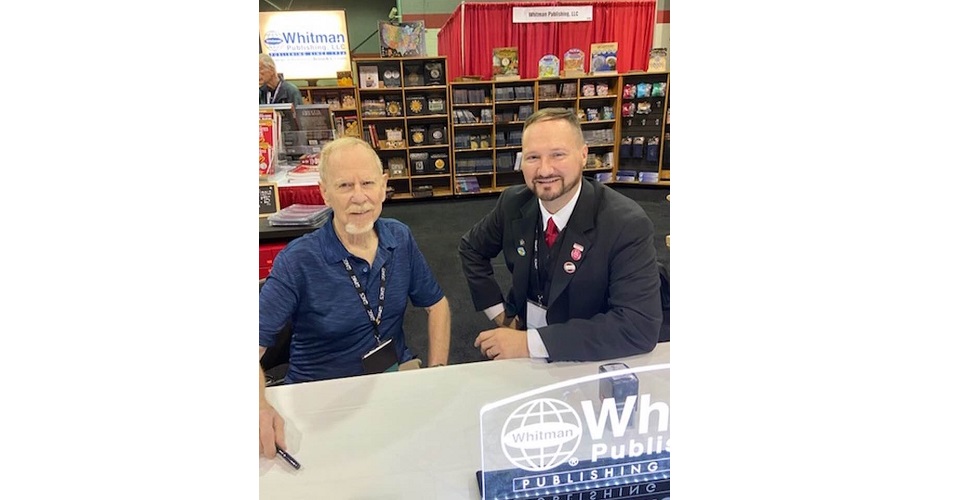 I’ve been a coin collector since I was seven years old. The Guide Book of English Coins (by Kenneth Bressett, pictured here at left, at the 2021 ANA World’s Fair of Money) was the first reference that got me interested in world coinage. Working with Ken as his publisher on projects including the Guide Book of United States Coins (the hobby’s best-selling “Red Book”) has been a collector’s dream.

I spent part of last week at the World’s Fair of Money, the annual summer convention of the American Numismatic Association. This is the largest national gathering of dealers and collectors of coins, tokens, medals, paper money, and related collectibles. If you go to only one big “coin show” per year, this is the one to attend.

No matter what you’re looking for—whether Buffalo nickels or Morgan dollars or Continental Currency or Kentucky National Bank Notes—chances are good you’ll find it at the summer ANA show.

Exonumia dealers—that is, dealers in tokens and medals—often have boxes and boxes of inventory arranged by subject. Within those categories, tokens and medals can be organized by state, and sometimes down to the city and town. If you’re looking for tokens issued by saloonkeepers in Louisville, Kentucky, in the late 1800s and early 1900s, ask to see merchant tokens. If you’re curious about Kentuckiana from the Civil War, inquire if they have any Civil War tokens.

Many dealers have a near-photographic memory of what’s in stock, and can quickly hand you a coin album or box full of what you’re looking for. Then the fun begins. Obsolete paper money issued by state-chartered banks in Kentucky? Have a seat and start browsing for your hometown or the city your relatives lived in. Transportation tokens are another popular subject. These are tokens issued for all manner of ways people got from Point A to Point B: Stagecoaches, omnibuses, hacks, horsecars, cable-cars, electric streetcars, subways, buses, ferries, and more. Talk about holding history in your hand! 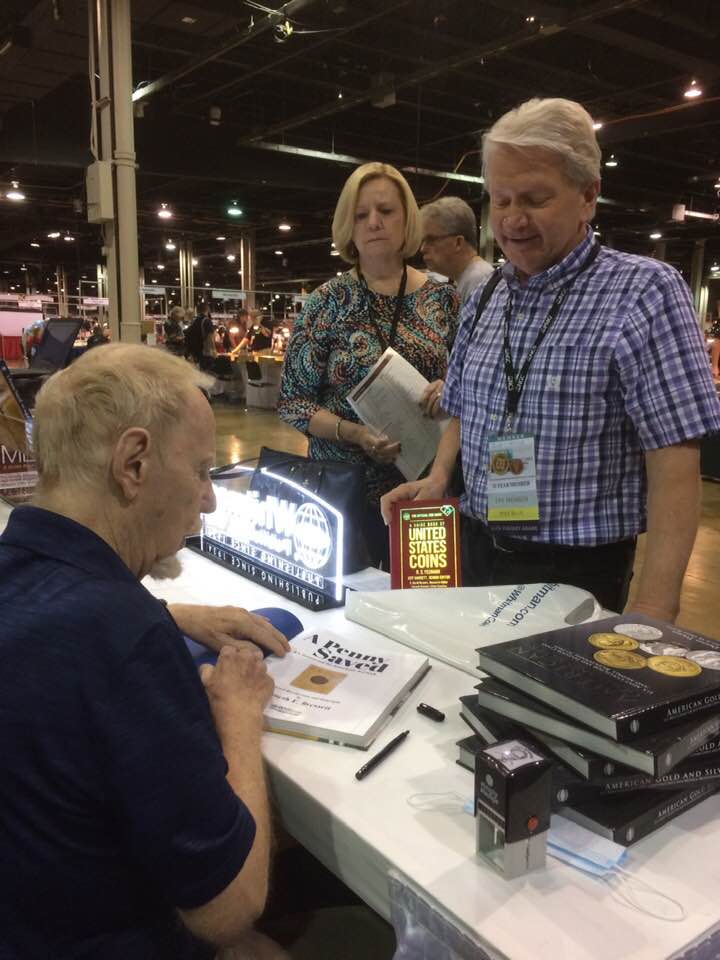 Ken Bressett autographing his newest title, A Penny Saved: R.S. Yeoman and His Remarkable Red Book, at the ANA World’s Fair of Money. The annual show gives collectors a chance to meet and talk with their favorite authors. Learn more about the American Numismatic Association here.

From almost any of these categories, you could build a fascinating collection of Kentucky history. The wonderful thing about exonumia is that a collection can be as customized and personal as you want, limited only by your interests and your imagination. Kentucky Derby and other horse- and racing-themed medals and tokens would make a nice collection, wouldn’t they? How about bourbon-advertising tokens and award medals? Music . . .  Kentucky cities . . . the arts . . . medicine, industry, famous people . . . if you can imagine it, you can collect it.

If you didn’t make it to the ANA show this year, keep it in mind for next August. Envision a glass-topped display box of Kentucky collectibles you’ve gathered together to tell a story. And then go to the World’s Fair of Money and build up your own amazing collection of Bluegrass numismatics.

On March 23, 2021, Governor Andy Beshear commissioned Whitman Publishing’s Dennis Tucker as a Kentucky Colonel—the highest honor awarded by the Commonwealth—in recognition of his career in book publishing and for promoting knowledge of Kentucky’s status as an important subject within American numismatics. Tucker’s column “From the Colonel’s Desk” explores the rich history of Kentucky embodied in coins, tokens, medals, paper money, private currency, and related artifacts of material culture.

A Tragic Half Century Without Gold Money – AIER