Home » Coin » From the Colonel’s Desk: Traveling salesmen and the hell of war
Coin

From the Colonel’s Desk: Traveling salesmen and the hell of war 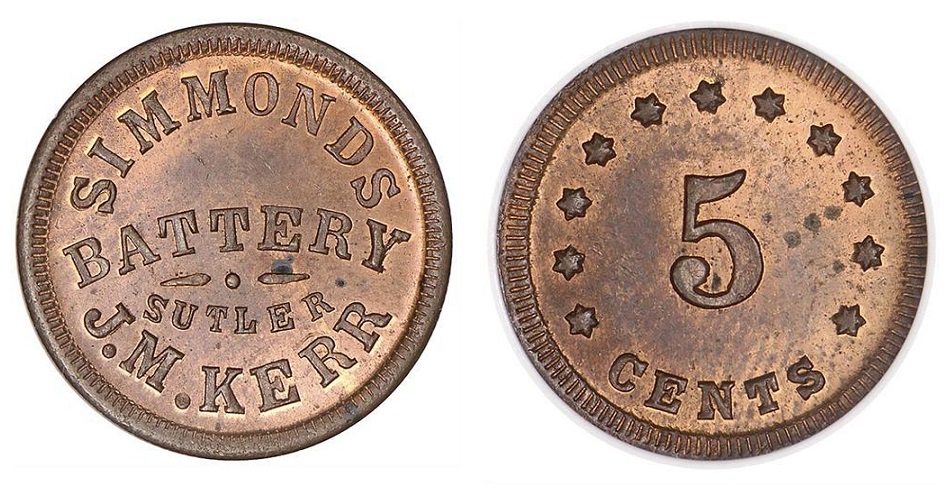 On several occasions in speeches he gave after the Civil War, Union general William Tecumseh Sherman warned against glorifying battle. War is “hell,” he said. Who could want it? Only those who had neither fired a rifle nor heard the screams and groans of the wounded.

While the nation was struggling in its great conflict, there were merchants who sought to ease the burdens of soldiers in the field—while turning a profit, of course. The Union Army licensed retailers to supply the troops with some of the comforts and conveniences of home. These merchants, known as sutlers, would often travel with the troops, selling their wares from wagons and pitching tents during encampment. Sometimes in occupied towns, they would have the luxury of setting up a storefront. They sold amusements to while away the hours: Games, playing cards, dice. They distributed information in magazines and newspapers with the latest headlines, and books to enlighten and entertain. Cigars, clothes, medicinal [ahem] bitters, and other goods, luxurious or common, aimed to distract the troops from the hell of war. 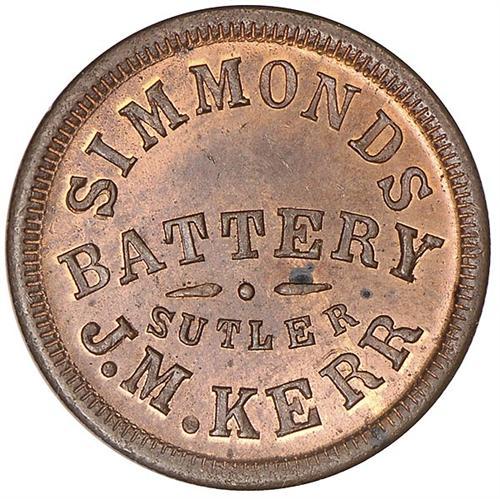 J.M. Kerr was a sutler—a merchant who traveled with the Union Army during the Civil War. He was attached to the 1st Kentucky Independent Battery, known as Simmonds Battery. (Image courtesy of Stack’s Bowers Galleries).

To pay for these products, soldiers would convert some of their pay to buy copper or brass tokens issued by the sutlers. These tokens, most in small-change denominations of 5¢ or 10¢, could then be redeemed for merchandise. 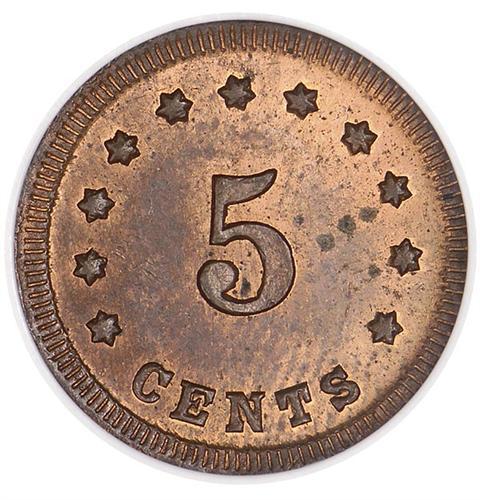 Kerr issued tokens good for 5¢ to 50¢ in merchandise that soldiers could buy from his inventory. (Image courtesy of Stack’s Bowers Galleries).

Pictured here is a copper sutler token attributed to Simmonds Battery (1st Kentucky Independent Battery), which had organized as an infantry company in nearby Ohio because Kentucky as a state had declared neutrality. It was detached as an artillery battery in October 1861 and its first commander was Captain Seth J. Simmonds. He and his men were distinguished as the Union’s only Kentucky unit to serve in the Eastern theater.

Sutler J.M. Kerr traveled with Simmonds Battery and issued tokens in denominations of 5¢, 10¢, 25¢, and 50¢. The lowest-denomination token would have had about $1.50 worth of buying power in modern money. Naturally, collectors today value sutler tokens much more dearly. The Simmonds Battery example pictured here sold for $805 in a Stack’s Bowers Galleries auction in January 2010. Heritage Auctions sold a 10¢ token in June 2016 for $822.50, and a 25¢ token in May 2021 for $432.

If you’d like to learn more about Kentucky’s Civil War tokens and sutler tokens, and if you’ll be at the August 2021 American Numismatic Association World’s Fair of Money in Chicago, attend the general meeting of the Civil War Token Society. It’s scheduled for Thursday, August 12, 2021, from 4:00 to 5:00 p.m. in room 4 of the Donald E. Stephens Convention Center. You can visit the CWTS online.

Col. Dennis Tucker, Honorable Order of Kentucky Colonels, is the publisher of Whitman Publishing, a leading producer of books, storage and display supplies, and other resources for collectors and hobbyists. He was commissioned by Governor Andy Beshear in March 2021 for his career in book publishing and his promotion of the Commonwealth’s status as an important subject in numismatics. Tucker’s column “From the Colonel’s Desk” explores the Bluegrass State’s rich connections to American coins, tokens, medals, paper money, private currency, and related artifacts.

Central Banks Have Inflated the Mother of All Bubbles