Israel: New commemorative five-shekel coins to be issued in gratitude to medical teams during pandemic 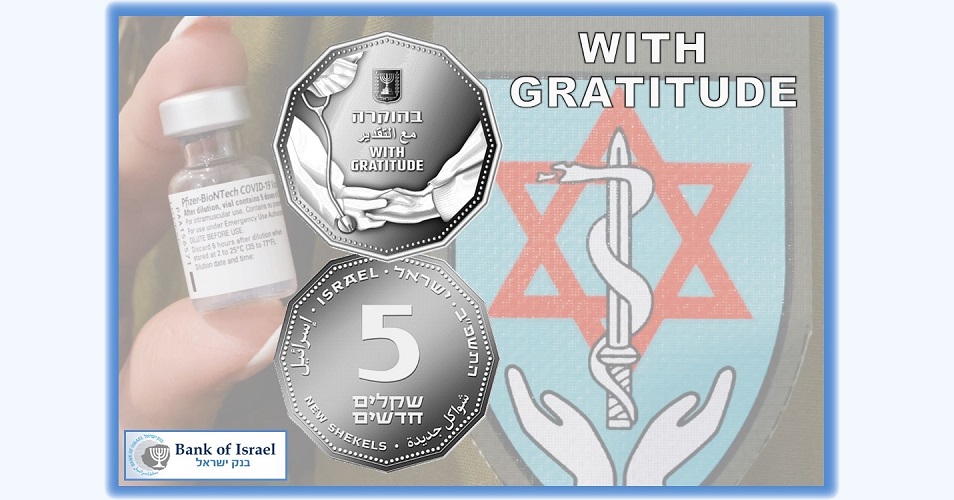 The Israeli government has approved the draft law which is needed to instruct the Bank of Israel to issue a special edition of currency coinage of five shekels, which is in appreciation to the country’s medical teams during the pandemic. The commemorative coins recognise the Israeli medical teams for their contributions and their struggle to save their lives and preserve the health of the citizens of the country, for their uncompromising struggle for the lives and health of all citizens during the COVID-19 pandemic, which reached the country in late 2019. The issuance of the new five-shekel coins follows the release of special coins in gratitude in various other countries including Italy, France, and Egypt.

The motif of the obverse or commemorative side was selected as part of a design competition that saw the participation of 15 graphic designers from Israel. In choosing the final design, the governor of the Bank of Israel, Professor Amir Yaron, adopted the recommendations of the Public Committee for the Planning of Banknotes, Mementos, and Commemorative Coins, which is presently headed by the Honorable (retired) Supreme Court Justice Jacob Turkel. The governor selected the winning design from the shortlisted three proposals selected by the committee. In accordance with the Bank of Israel Law 2010, the details and design as chosen by the governor were approved by the board of directors of the Bank of Israel, headed by Prof. Shuki Shemer, and have now also been approved by the government. 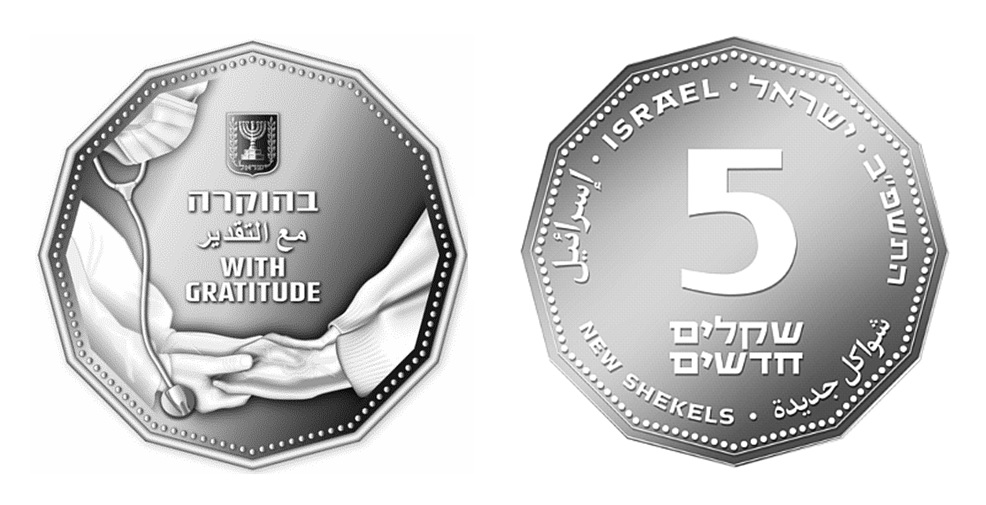 The design of the obverse side of the 12-sided coins honouring Israel’s medical staff is created by Mr. Eitan Alon, who has included a depiction of two sets of hands clasped together, one representing the medical community on the left, while the other hands on the right represent the patient. In the centre is the text IN GRATITUDE shown in Hebrew, Arabic, and English. The Israeli crest is paced above the inscription. The reverse side, which includes the denomination of 5 NEW SHEKELS, is the current motif found on circulation type coins of the same denomination and is the work of the late Mr. Gabi Neumann.

The Bank of Israel intends to issue several million commemorative five-shekel coins and will be distributed to the public through commercial banking networks and Israel Post. It is expected the Bank of Israel will release the coins by the end of 2021. For additional information about the banknotes and coins issued by the Bank of Israel, please visit their website.

U.S. repeats warning to China against attack on Philippine forces