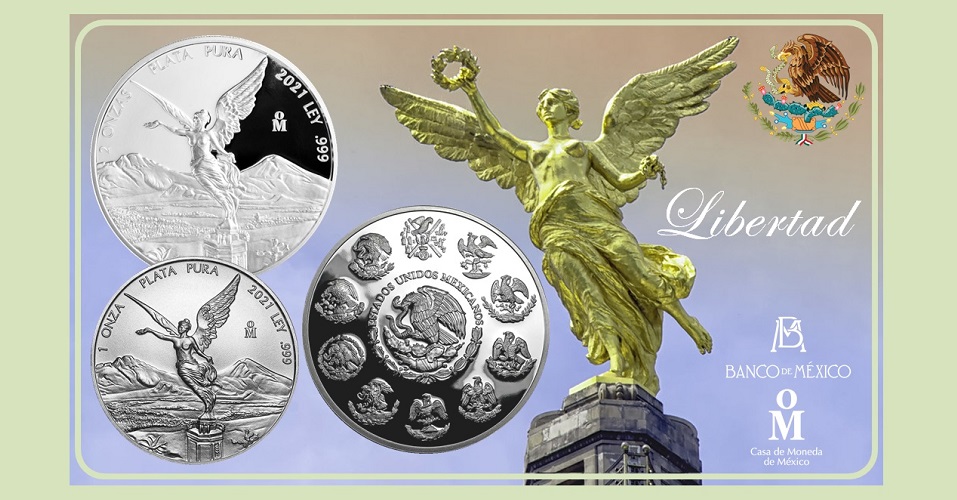 The Banco de Mexico has authorised the release of 2021-dated silver Proof and Brilliant Uncirculated quality Libertads, 2021 also marks the 40th year of the first release of these internationally popular bullion coins. Ranging in sizes from five ounces to 1/20-ounce in both Proof and Brilliant Uncirculated, the coins without any specific denomination are produced both in bullion Brilliant Uncirculated-quality and also in Proof-quality for collectors. Since their initial introduction in 1982, there have been two different obverse depictions of the Angel of Independence, located in the centre of Mexico City. There are also two reverse designs featuring the country’s official crest.

The 2021-dated silver Proof and Brilliant Uncirculated coins are produced by the Casa de Moneda de Mexico, the oldest mint in North America, founded in 1535 at their facilities in San Luis Potosí on behalf of the Banco de Mexico. The 2021-dated Libertad marks the 40th annual release of the Mexican Silver Libertad. The current design on the silver Libertads was introduced in 1995 and replaced the first design based on the 1921 gold centenario coin designs launched in 1982. 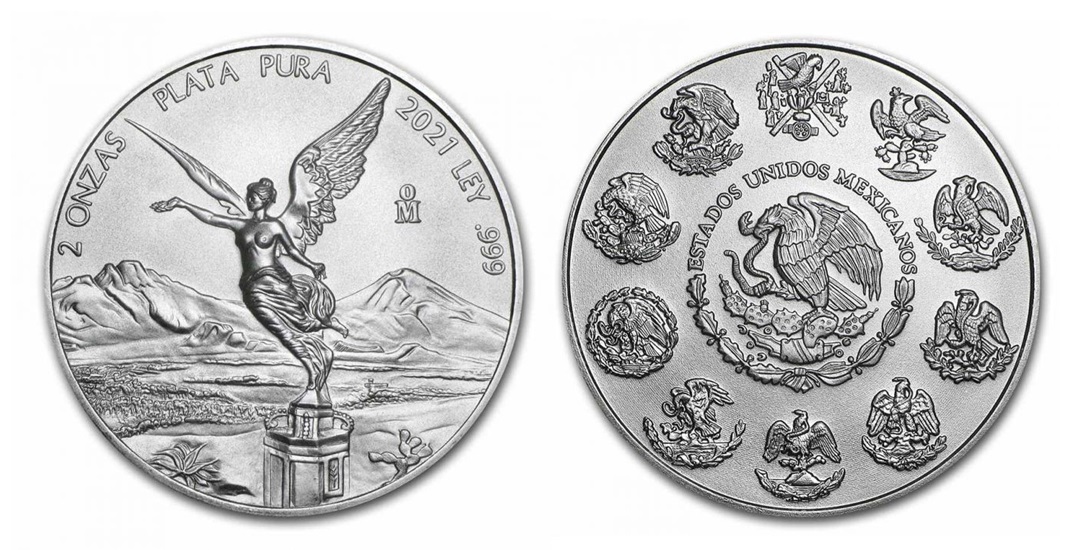 Depicted on the obverse side is the unmistakable landmark of Mexico City, the Ángel de la Independencia. Completed in 1910 after four years of construction, the monument was inaugurated just in time to commemorate the centenary anniversary of declared independence from Spain, and in time to see off Mexico’s next revolution, which would rage on until 1935. The angel is actually a winged statue of the ancient Roman goddess of victory. She holds a crown of laurel in one hand which she symbolically places on the heads of the triumphant leaders and insurgents of the independence movement. In her left hand, she holds a broken three-link chain symbolising the three centuries of Spanish rule. In the background are images of Mexican volcanoes Popocatépetl, located in the states of Puebla and Morelos, and Iztaccíhuatl, located within the Izta-Popo Zoquiapan National Park in the state of Puebla. Above the primary design are the specifications of each coin beginning with the weight and including the metal and purity, along with the year of minting. The distinctive mintmark of the Mexican Mint is seen just to the right of the angel’s left wing. The reverse side (five-ounce to one-ounce sizes) features the current crest of Mexico centred, which includes the text ESTADOS UNIDOS MEXICANOS shown above the primary motif. Around the current crest in a circular arrangement are the 10 historic crests of Mexico adopted from the year of independence in 1810 and which were used on national coinage. On the fractional silver Proof and Brilliant Uncirculated from the 1/2 to the 1/20-ounce, only the standard reverse crest utilised on current circulation-type coinage is depicted. 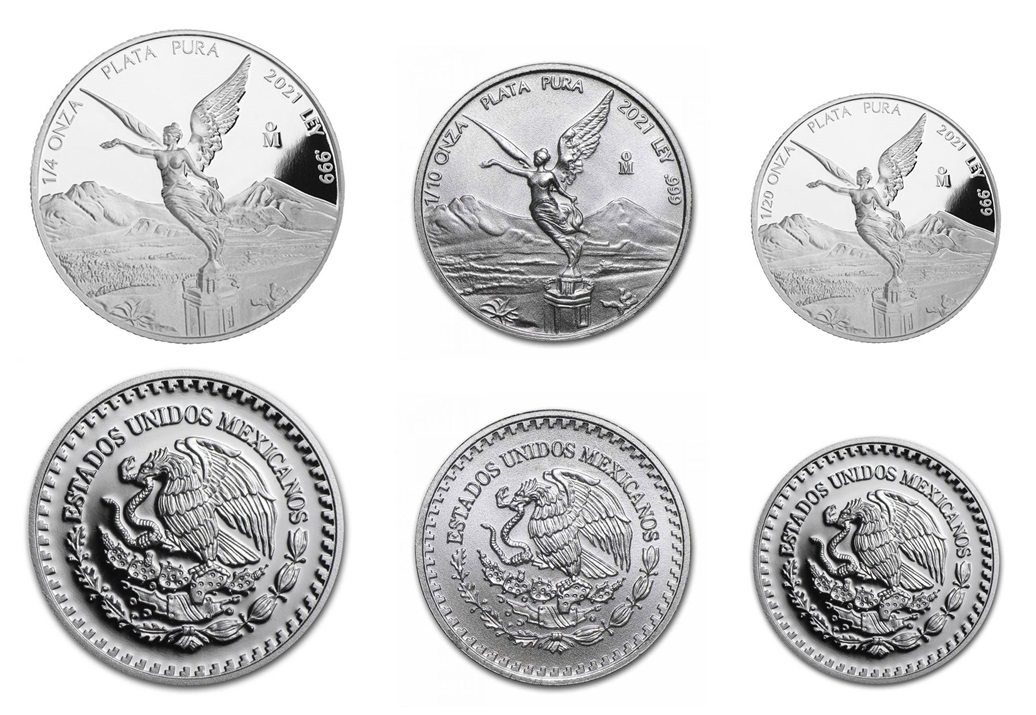 Each Proof-strike coin is enclosed in an original Casa de la Moneda coin capsule. The mintage figures for the Brilliant Uncirculated silver range are as follows: 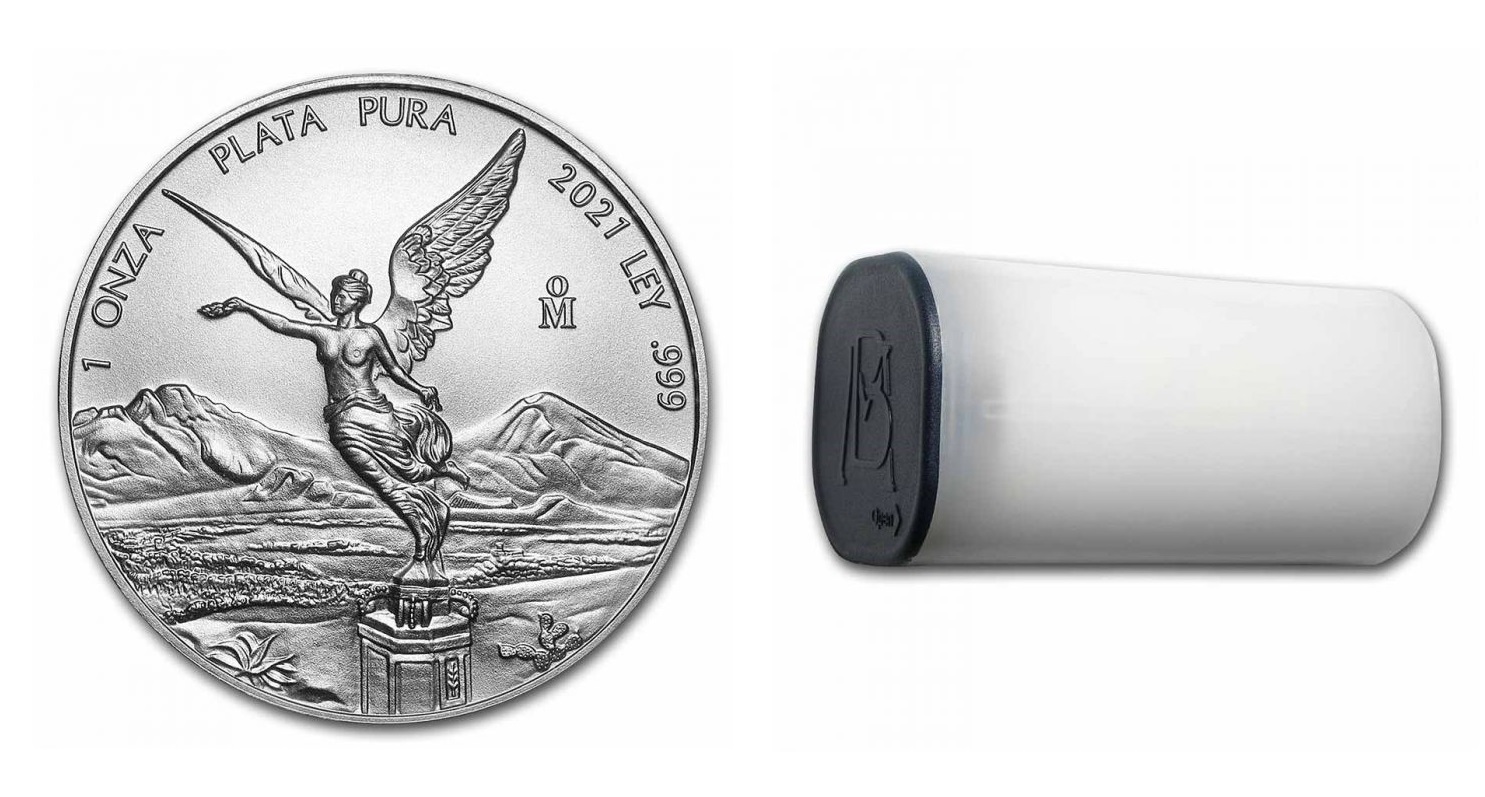 No information pertaining to Proof coin mintage figures is available. The bullion coins are currently dispatched from the U.S. with orders totalling $99 or more including free shipping. Orders destined for locations outside of the U.S. will dispatch within 3-4 weeks. For additional information, please visit the website of LPM Ltd. Alternatively, contact your local bullion distributor for information on both gold and silver Libertads.

Analysis: From chips to ships, shortages are making inflation stick