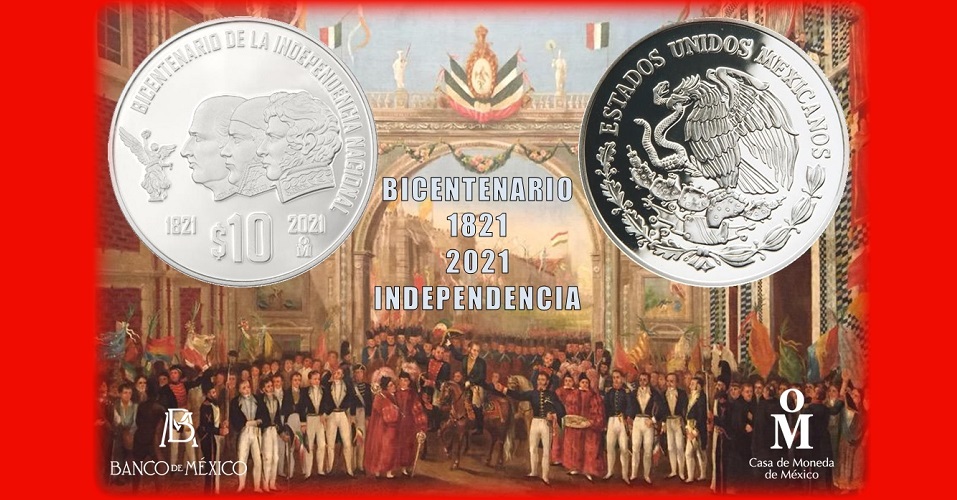 The Banco de Mexico has released (27th September) Proof-quality silver coins in commemoration of the bicentenary anniversary of Mexico’s independence from Spain, which was formally declared on the 28th September 1821. Mexico’s de-facto independence was achieved with the written document by which the Mexican Empire was founded on the same day independence was declared from the Spanish Empire. This historic document of the Mexican nation was drafted in the National Palace in Mexico City on the 28th September 1821, by Juan José Espinosa de los Monteros, secretary of the Provisional Government which recognised sole royal authority vested in the new emperor, unnamed at the time of the authoring of the declaration. The new imperial monarch was appointed in the person of Agustín de Iturbide (1783–1824), who became the sovereign of the Empire of Mexico. Originally a military commander under whose leadership independence was gained, his popularity by the people for the position was undeniable with mass demonstrations held on the 18th May 1822. The rallies were in favour of creating him emperor of Mexico and the very next day congress hastily approved his appointment with a splendid coronation ceremony taking place on the 21st July. His brief reign lasted only from the 19th May 1822 to the 19th March 1823, when he presented his abdication to congress and went into exile in Europe. The former emperor and his family spent some of their exile in both Tuscany and England before returning to Mexico, which, during his absence, was proclaimed a federal republic officially named the United Mexican States. After the election of its first president, José Miguel Ramón Adaucto Fernández y Félix (1786–1843) assumed office in October 1824. 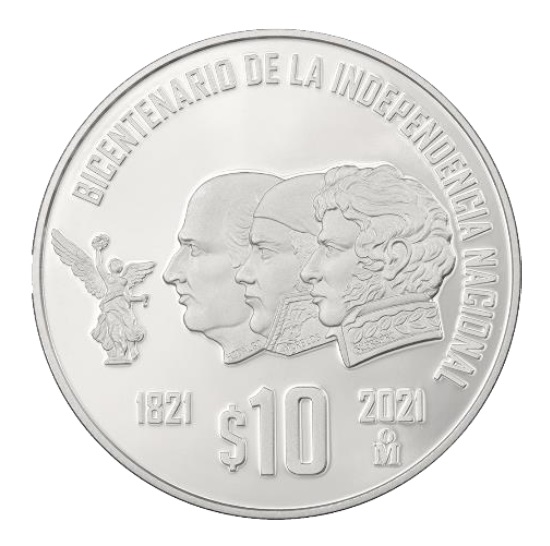 The 2021-dated silver Proof collector coins and circulation quality 20-peso 12-sided bi-metallic coins are produced by the Casa de Moneda de Mexico at their facilities located in San Luis Potosí on behalf of the Banco de Mexico. Founded in 1535, they are the oldest mint in North America. The obverse side depicts national heroes Miguel Hidalgo, Jose Maria Morelos, and Vicente Guerrero in profile placed in the centre field. To the left of their images is a small representation of the angel of Winged Victory which stands atop the Column of Independence in Mexico City. Above the primary design along the edge is the inscription BICENTENARIO DE LA INDEPENDENCIA NACIONAL (“Bicentennial of Mexico’s War of Independence”). The denomination $10 appears below the three conjoined portraits and in between the years 1821-2021 and the distinctive mintmark °M of the Mexican Mint. 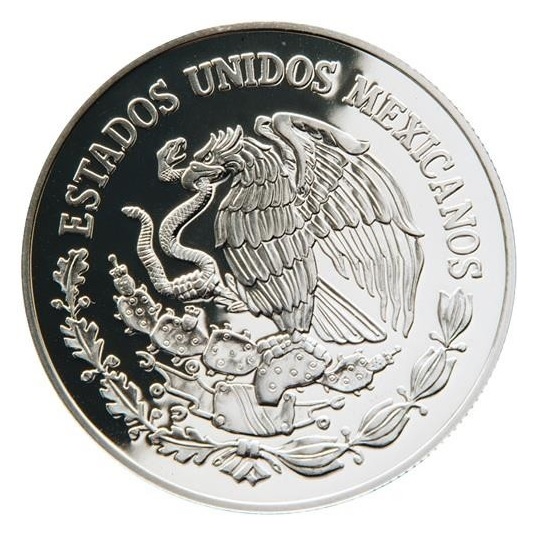 The reverse side depicts the national coat of arms surrounded by the legend ESTADOS UNIDOS MEXICANOS (“United Mexican States”).

The Banco de Mexico does not retail collector coins directly to the public but does have a wide network of distribution internationally. For additional information, please visit their website.

No Time To Panic; Time To Plan – Silver Doctors