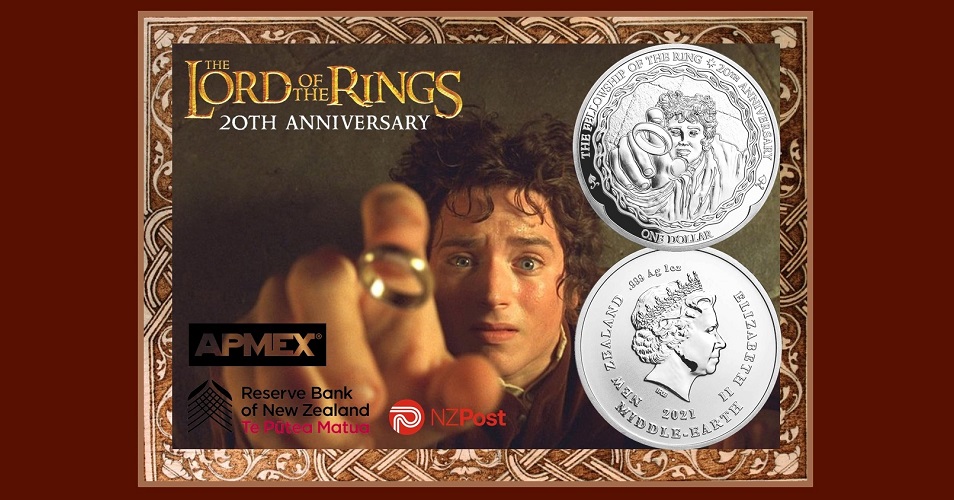 The Reserve Bank of New Zealand, in association with the New Zealand Post, have unveiled the first design in a series of new coins which mark a very special motion picture anniversary. On the occasion of the release 20 years ago of the first film, a series of coins will include specific designs or familiar scenes from the motion pictures, which were released from 2001 to 2003.

The groundbreaking fantasy adventure films are based on the 1954 novel The Fellowship of the Ring, which was the first volume of J. R. R. Tolkien’s The Lord of the Rings trilogy. This film was the first instalment and takes place in the fictional world of Middle-Earth. The actual Lord of the Rings is an individual named Sauron, the Dark Lord, who long ago lost the one ring that contains much of his power. However, his overriding desire is to reclaim the One and use it only to enslave all of Middle-Earth.

Considered as one of the greatest and most influential films ever made, The Fellowship of the Ring received numerous accolades at the 74th Academy Awards, having been nominated for 13 awards, including Best Picture, and winning four accolades. 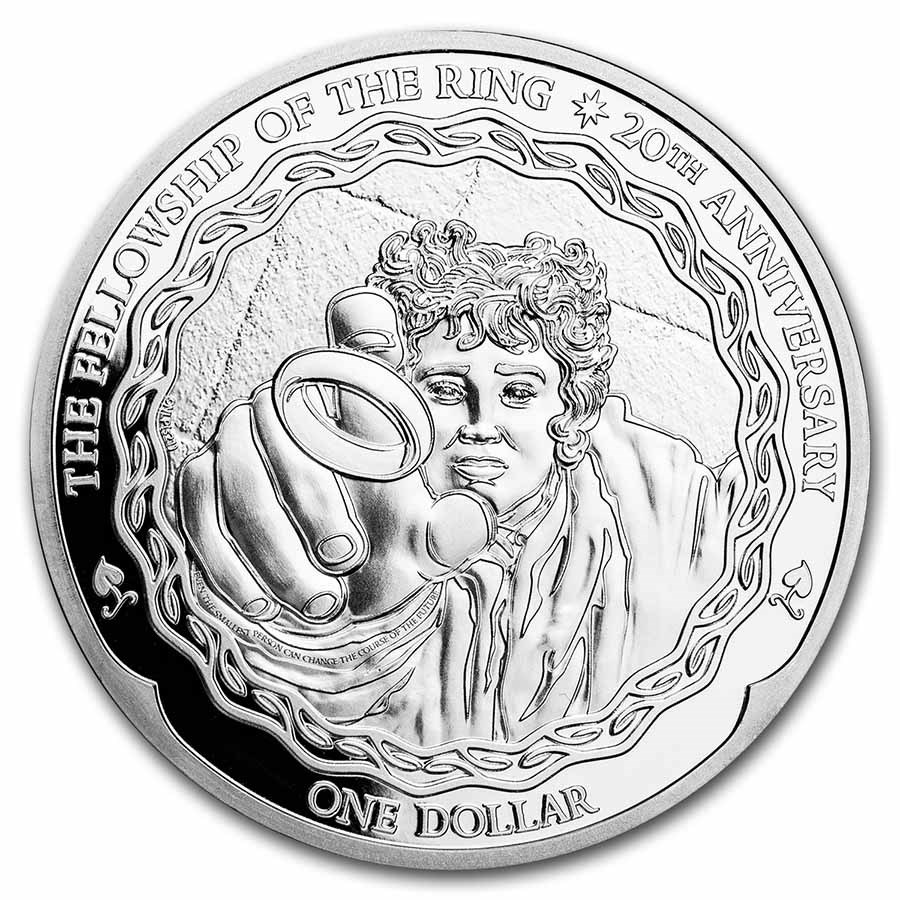 The coins are produced in an exclusive partnership with U.S. bullion distributors APMEX and designed by New Zealand artist Sacha Lees, who, while with the Weta Workshop, worked on the films. The reverse side depicts one of the most familiar and memorable scenes when Frodo reaches out to the One Ring, also called the “Ruling Ring.” In his sleeve are the words EVEN THE SMALLEST PERSON CAN CHANGE THE COURSE OF THE FUTURE. Above the primary design of the coin are the inscriptions THE FELLOWSHIP OF THE RING and 20TH ANNIVERSARY along the edge. 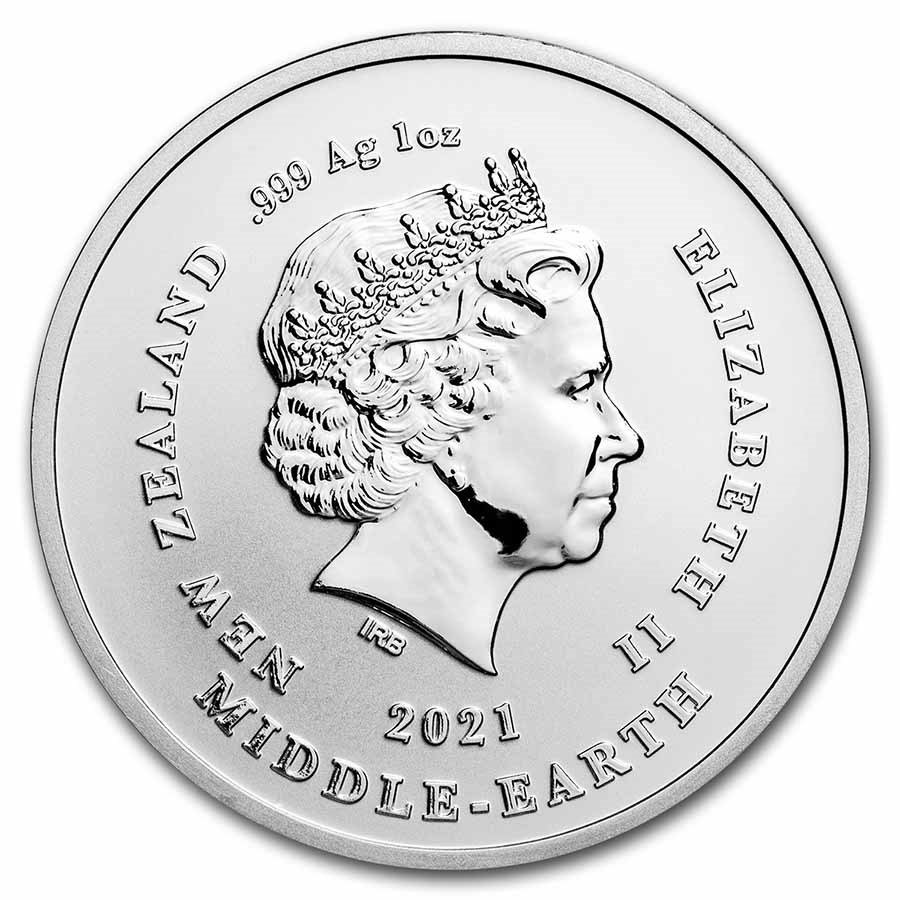 As an added feature, the obverse side cleverly and appropriately acknowledges New Zealand as the home of MIDDLE-EARTH, as the films were filmed in several locations on both the North and South Island. This inscription is seen just below the effigy of HM Queen Elizabeth II created by British sculptor Ian Rank-Broadley. The year of release, 2021, is also shown below the Queen’s likeness.

The first coin to be issued in the Lord of the Rings range will be available from the 15th September. Two additional bullion coins will be issued in the coming months followed by a range of premium Proof-quality coins and coin sets with a varied range of familiar scenes and designs inspired by the first The Lord of the Rings film. All products in this issue have been designed by New Zealand fine artist Sacha Lees.

Collectors outside New Zealand can inquire with APMEX — official distributor and register their interest before their official release here.

A small number of coins will be distributed by New Zealand Post and collectors can also inquire about their release date here.

Asset Prices Collapse Near, Fed Can’t Raise Rates Much, And Why Gold & Silver Prices Are Down – Silver Doctors

Six United States Coins That Honor the Statue of Liberty