Notes Published: A book about numismatic publishing — A Penny Saved 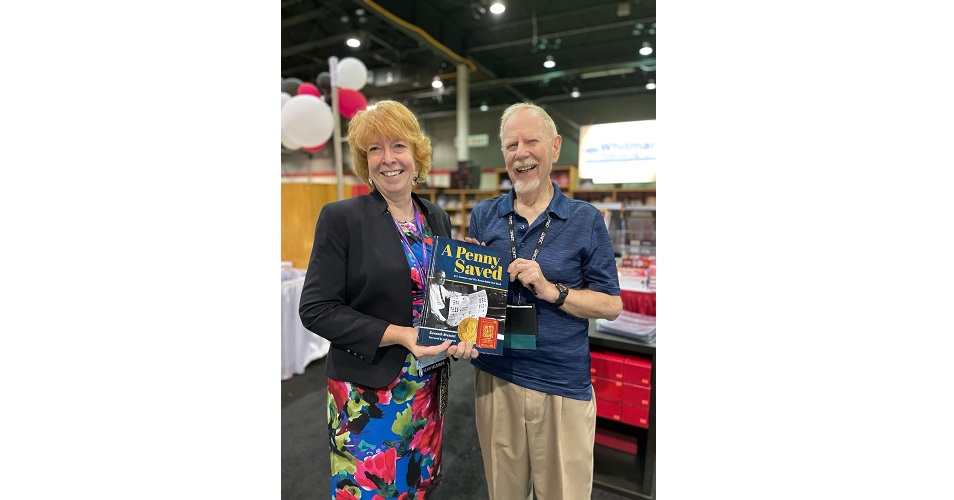 Retired editor of The Numismatist Barbara Gregory assisted Ken Bressett in the Herculean tasks of editing and writing, and reviewing and organizing archives from Western Printing and Lithographing Co. (the historical parent company of Whitman Publishing), sorting family photographs and artifacts, and studying other resources used in Ken’s new book, A Penny Saved: R.S. Yeoman and His Remarkable Red Book.

Most numismatic books are about coins. A smaller number are about paper money, or tokens and medals (descending in quantity in that particular order). Fewer still focus on numismatic personalities, markets, specific historical factors, technology, and other aspects of the hobby (or art or science) of money.

Two weeks ago, at the American Numismatic Association World’s Fair of Money, a Whitman book debuted that involves “all of the above” and more. The new publication is A Penny Saved: R.S. Yeoman and His Remarkable Red Book. 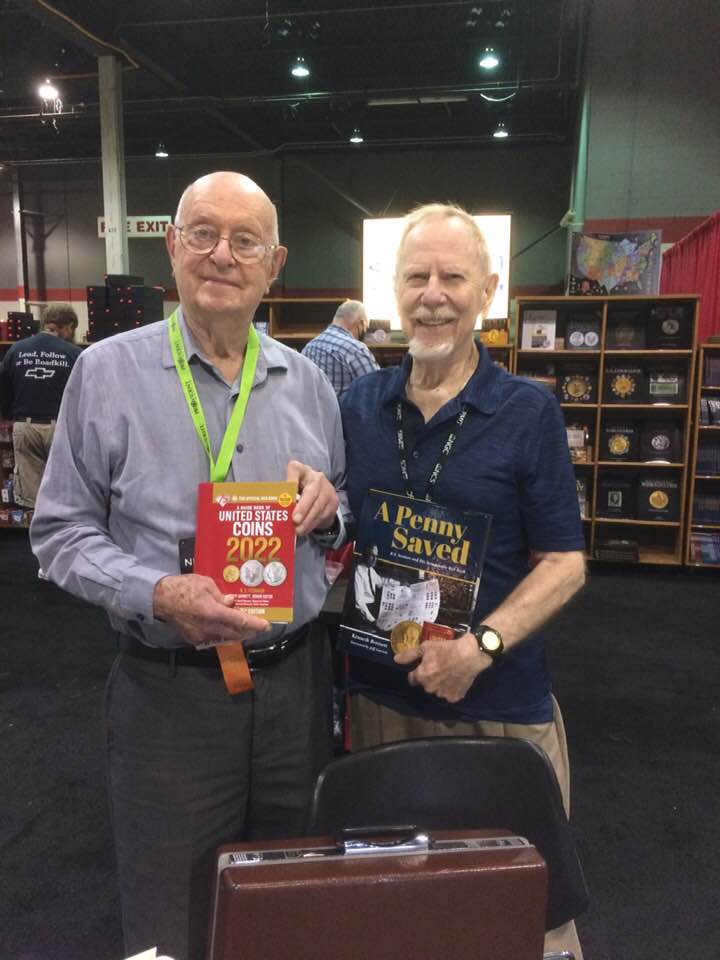 Two titans of numismatic publishing. Neil Shafer (left) is a main “character” in Ken Bressett’s new A Penny Saved: R.S. Yeoman and His Remarkable Red Book. Neil worked for Whitman Publishing starting in the 1960s as a writer, editor, and researcher. His work in Philippine coins and paper money in particular, as well as the broader world of currency, is well known and includes reference books recognized as standards. He continues to blaze trails, writing for Bank Note Reporter and other publications.

A Penny Saved is a book about books . . . about the world of publishing . . . and specifically, the heady and rarefied world of numismatic book publishing.

While this might seem like the narrowest possible niche subject, it actually touches a thousand points in the history of coin collecting in America, going back to the 1800s and stretching to today’s digital realm. 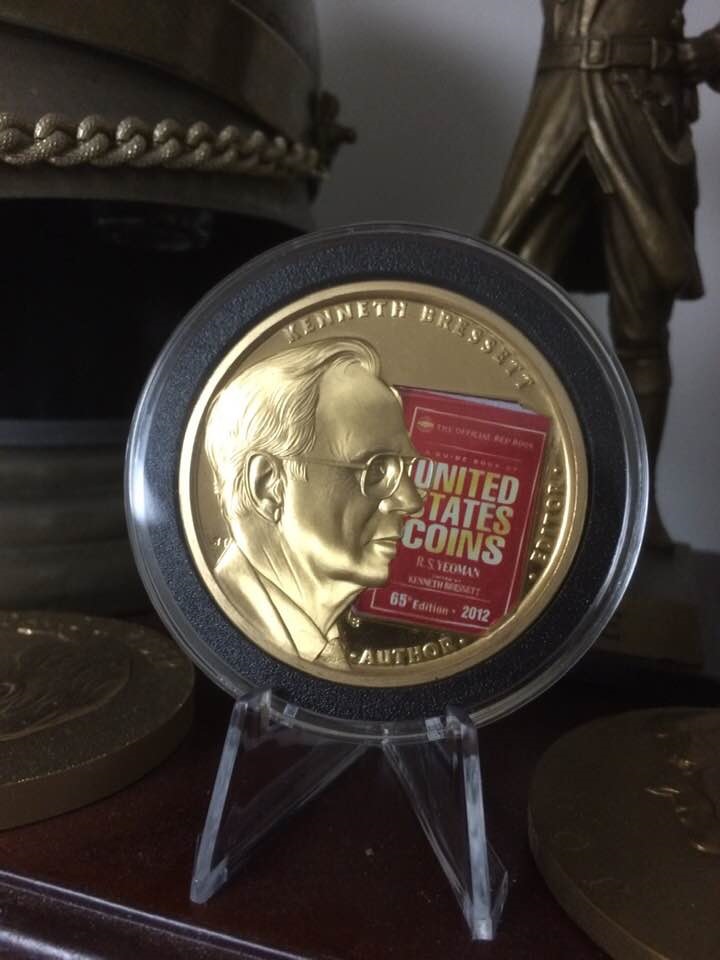 One part of the story is the maturation of a small Racine, Wisconsin, print shop—West Side Printing Company—into the worldwide giant Western Printing and Lithographing Company. Another part of the story is the birth and gangbuster growth of Western’s subsidiary, Whitman Publishing. Into Whitman’s orbit came young Richard Yeo, whose public persona would become R.S. Yeoman. From Yeoman sprang the Guide Book of United States Coins and other innovative new books that would sell in the tens of millions. Then onto the scene came another prodigy, Kenneth Bressett. And on and on the story grows, with colorful connections, more books and hobby products, excursions into the United States Mint and the Treasury Department, the creation of new coins, and other adventures.

Browse through the book’s 10-page index, and you’ll get a sense of how broad and deep these connections are. The world of numismatic publishing is richly fascinating. 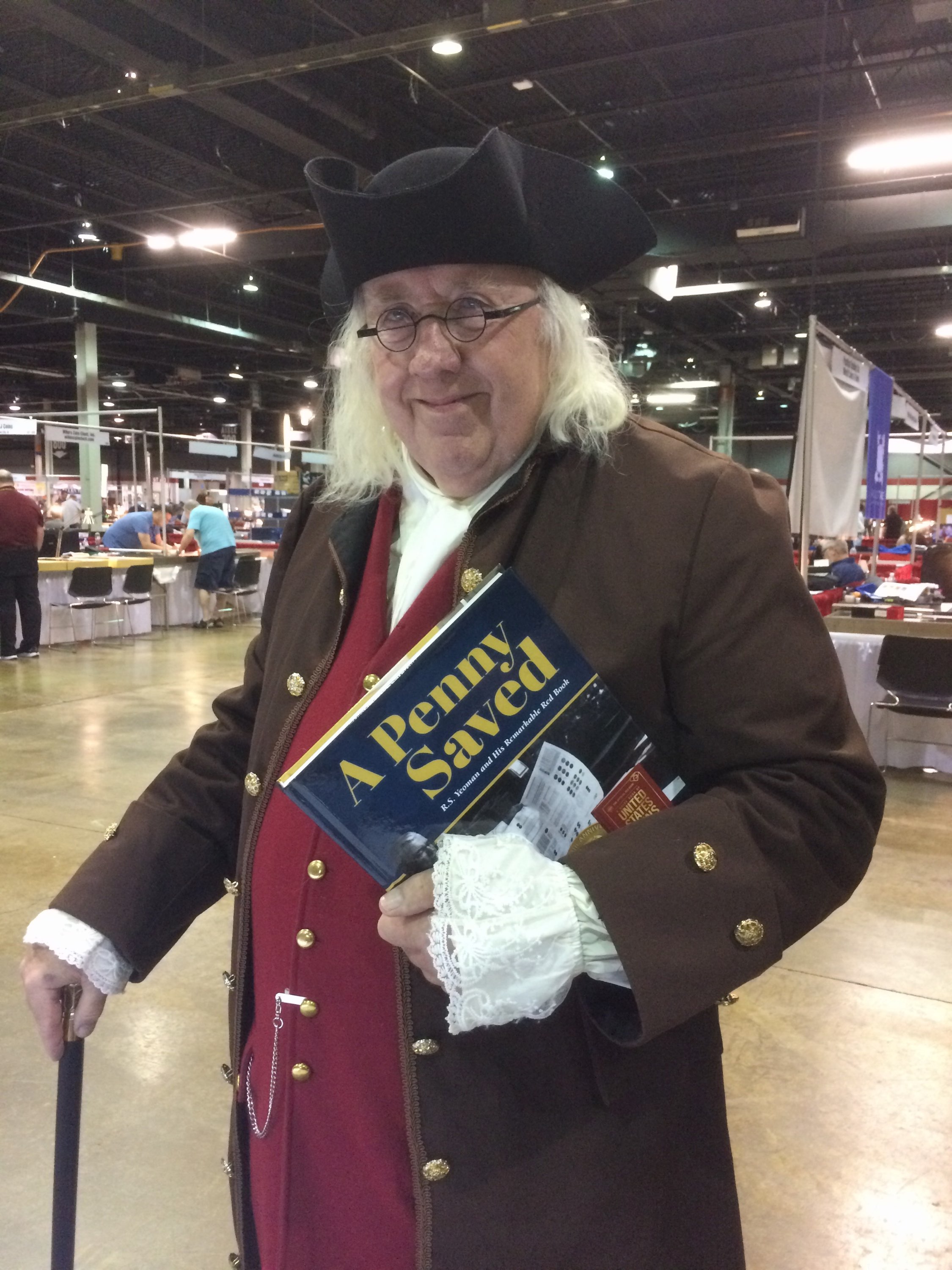 Ben Franklin (Patrick McBride) with A Penny Saved, at the ANA World’s Fair of Money, August 2021.

If you’re a coin collector who likes a good story, immerse yourself in the wonderful world of A Penny Saved: R.S. Yeoman and His Remarkable Red Book. It will expand your understanding of our shared numismatic history, and rejuvenate your love of America’s greatest hobby. 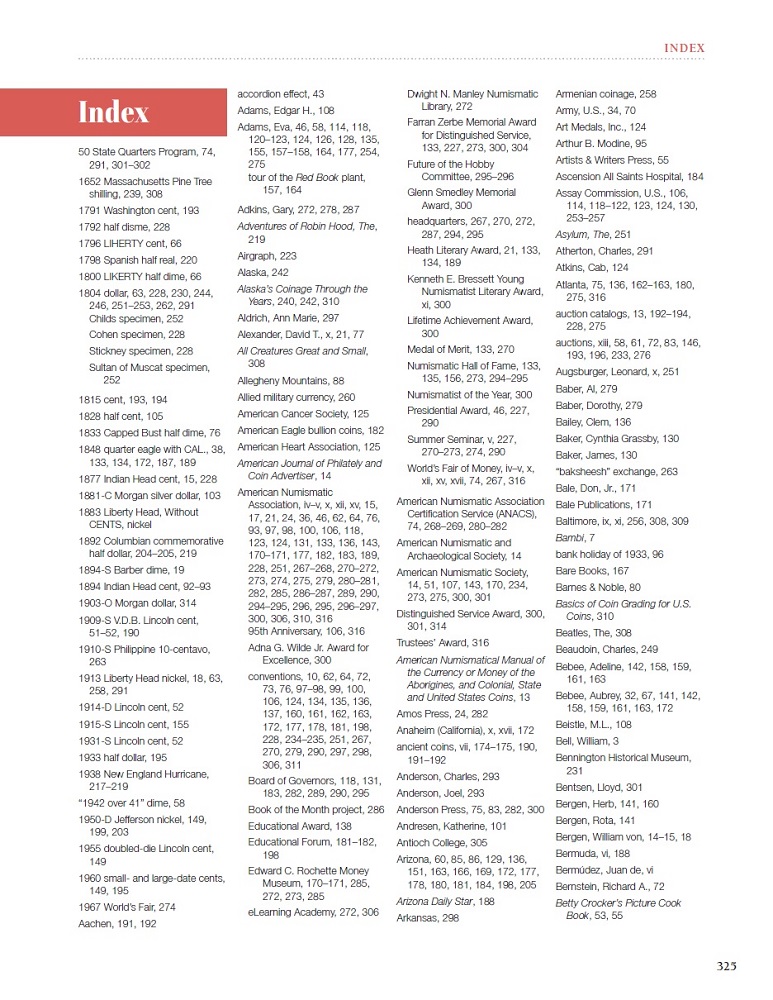 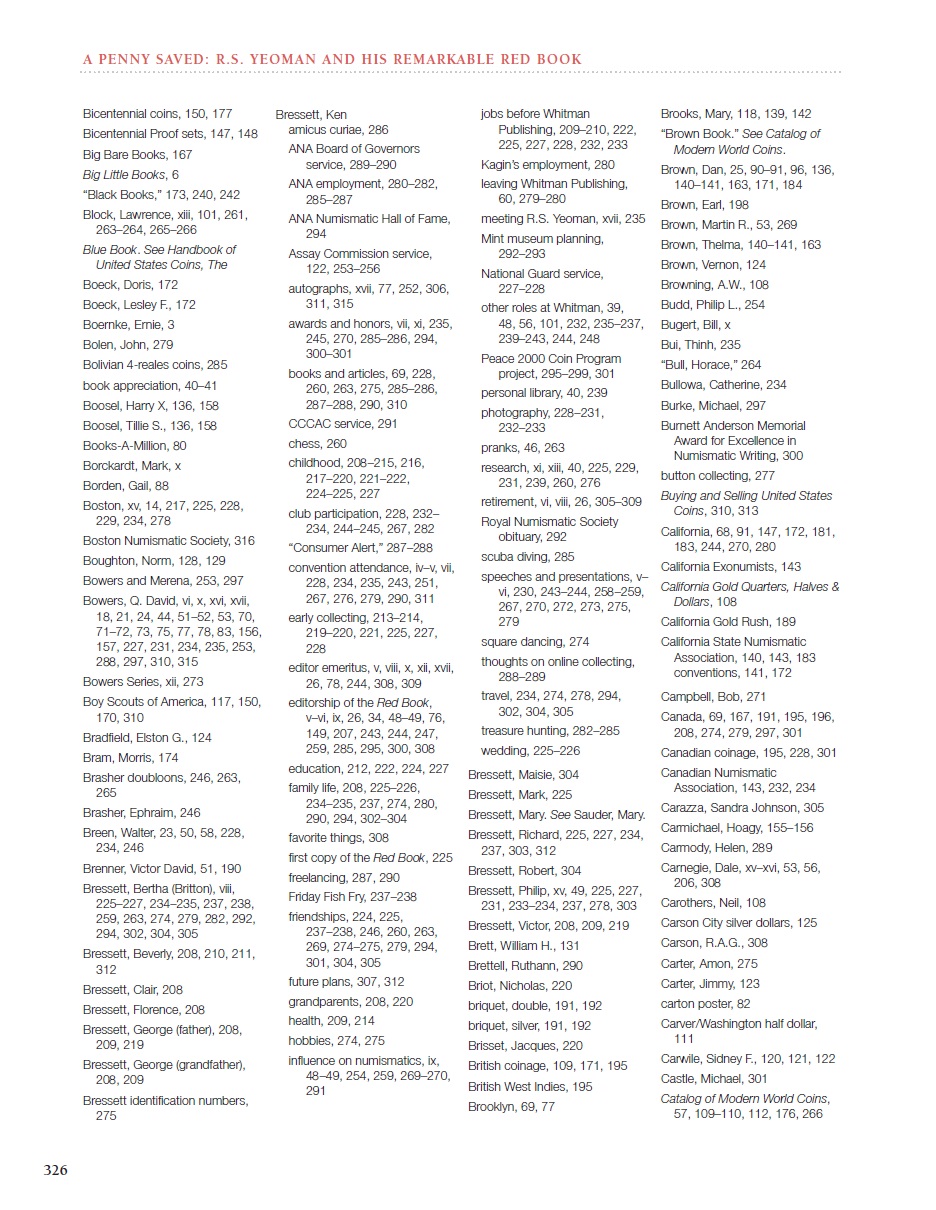 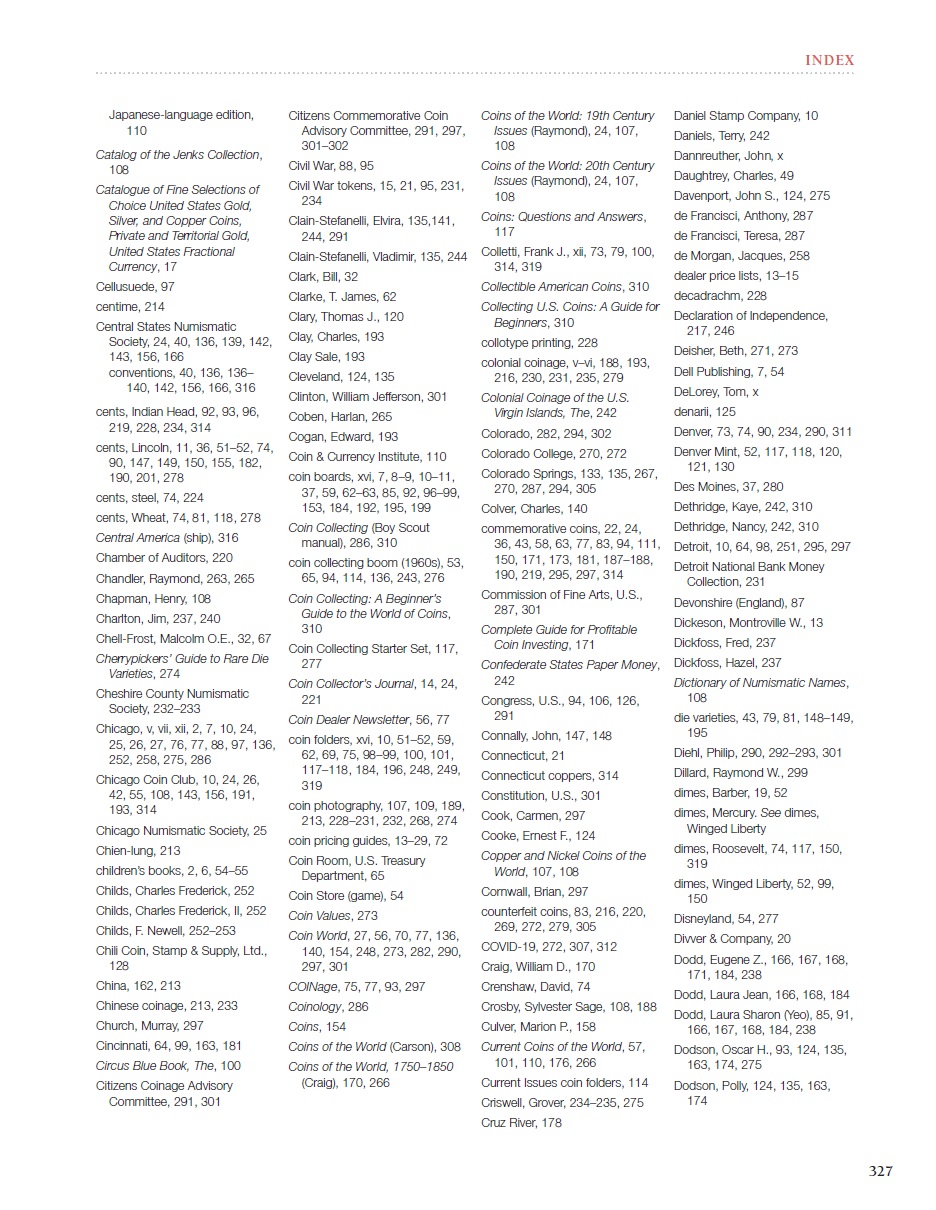 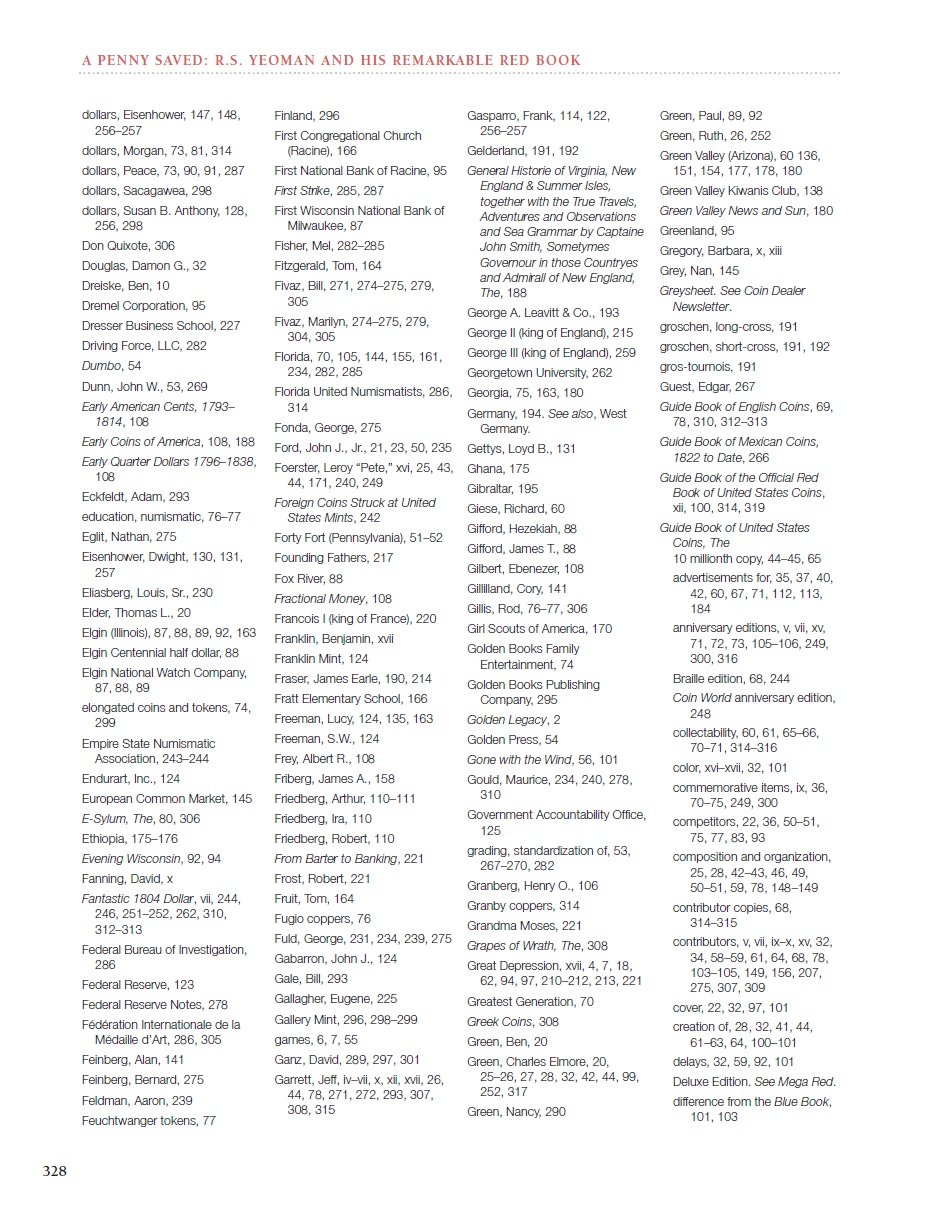 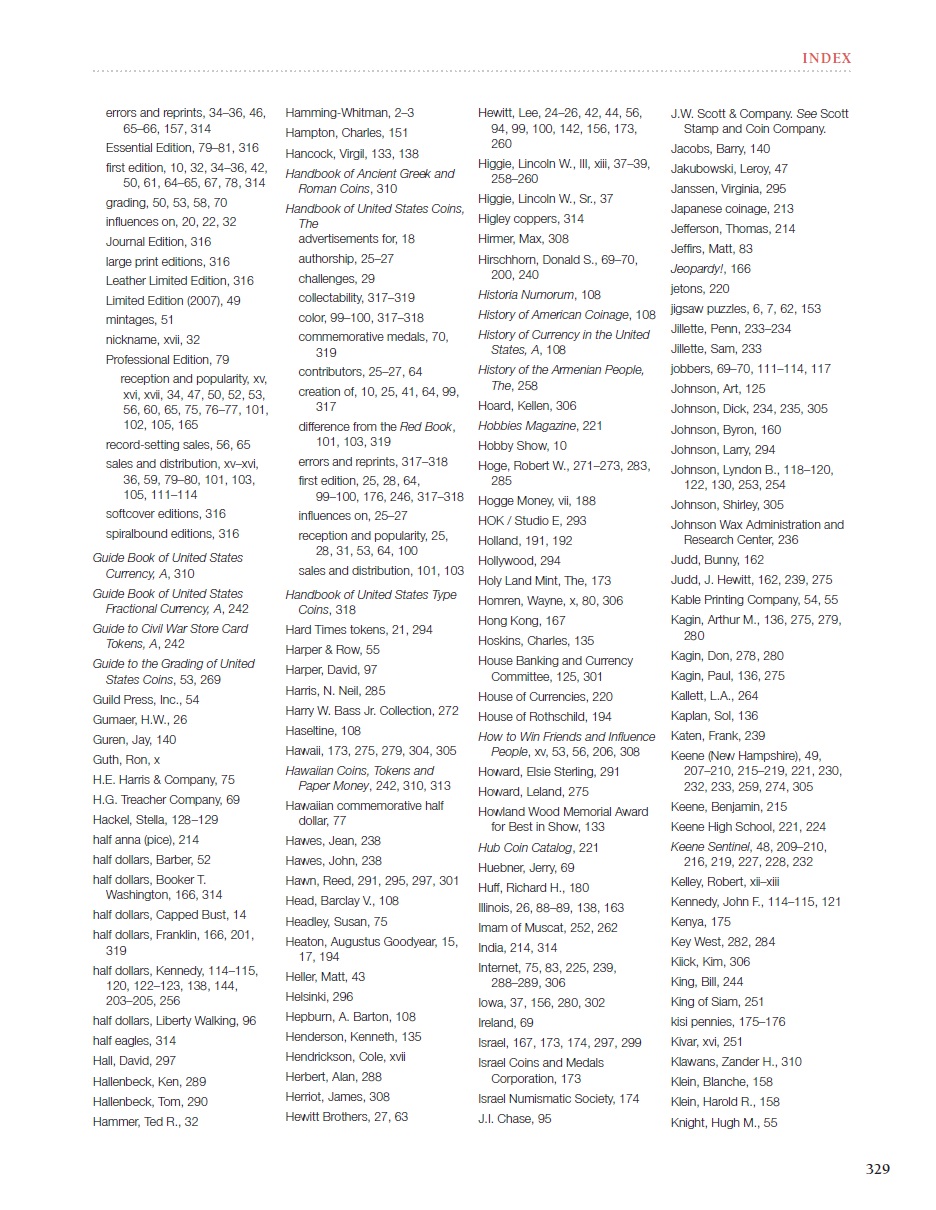 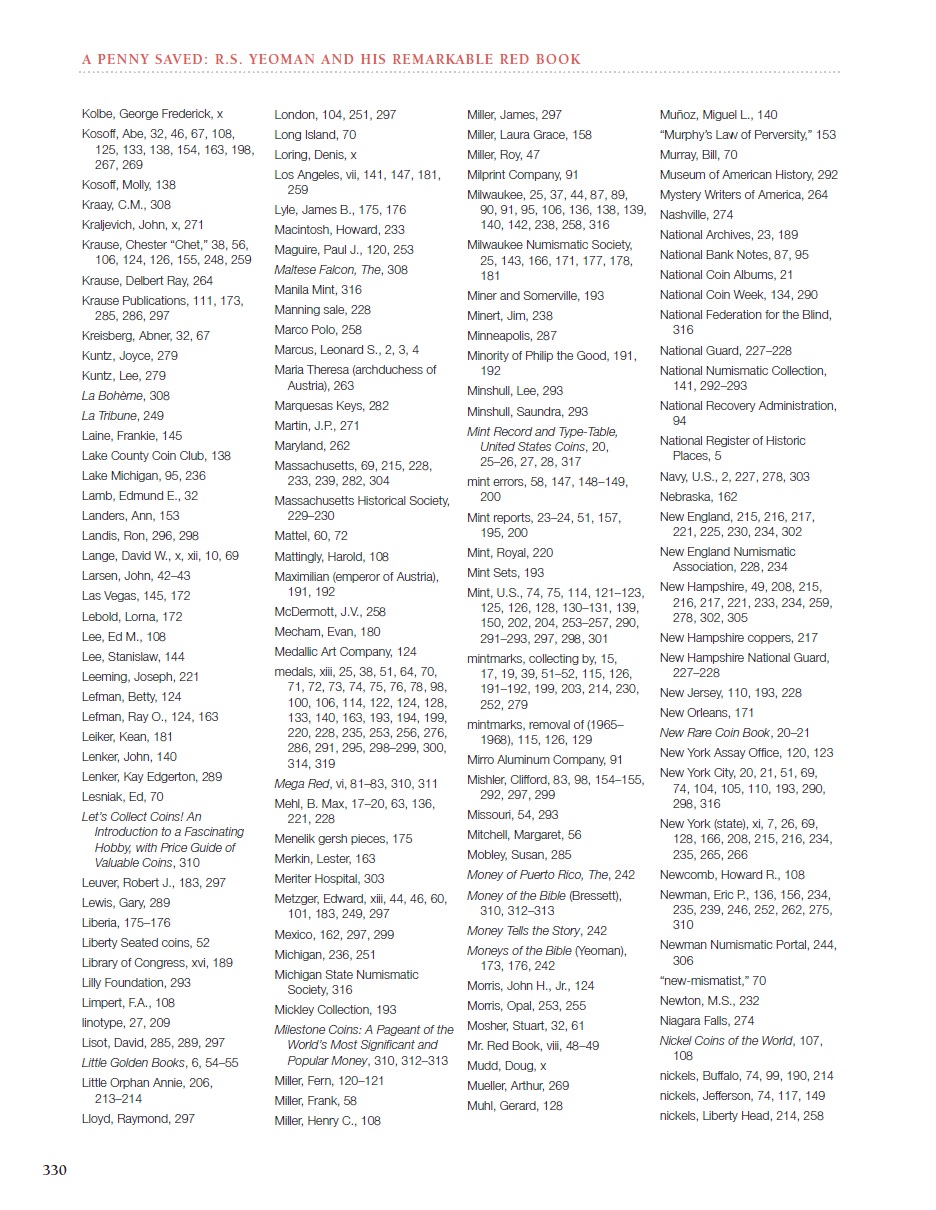 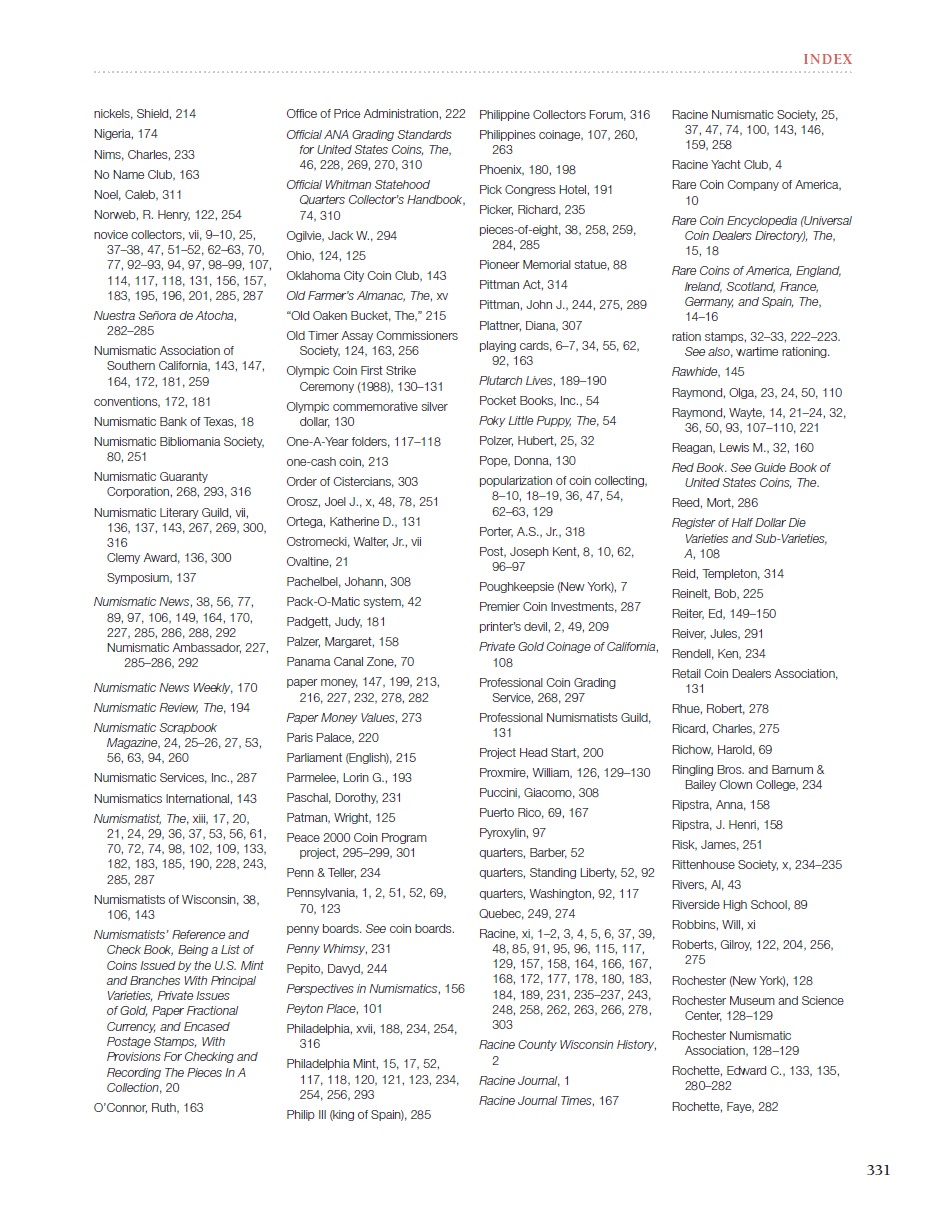 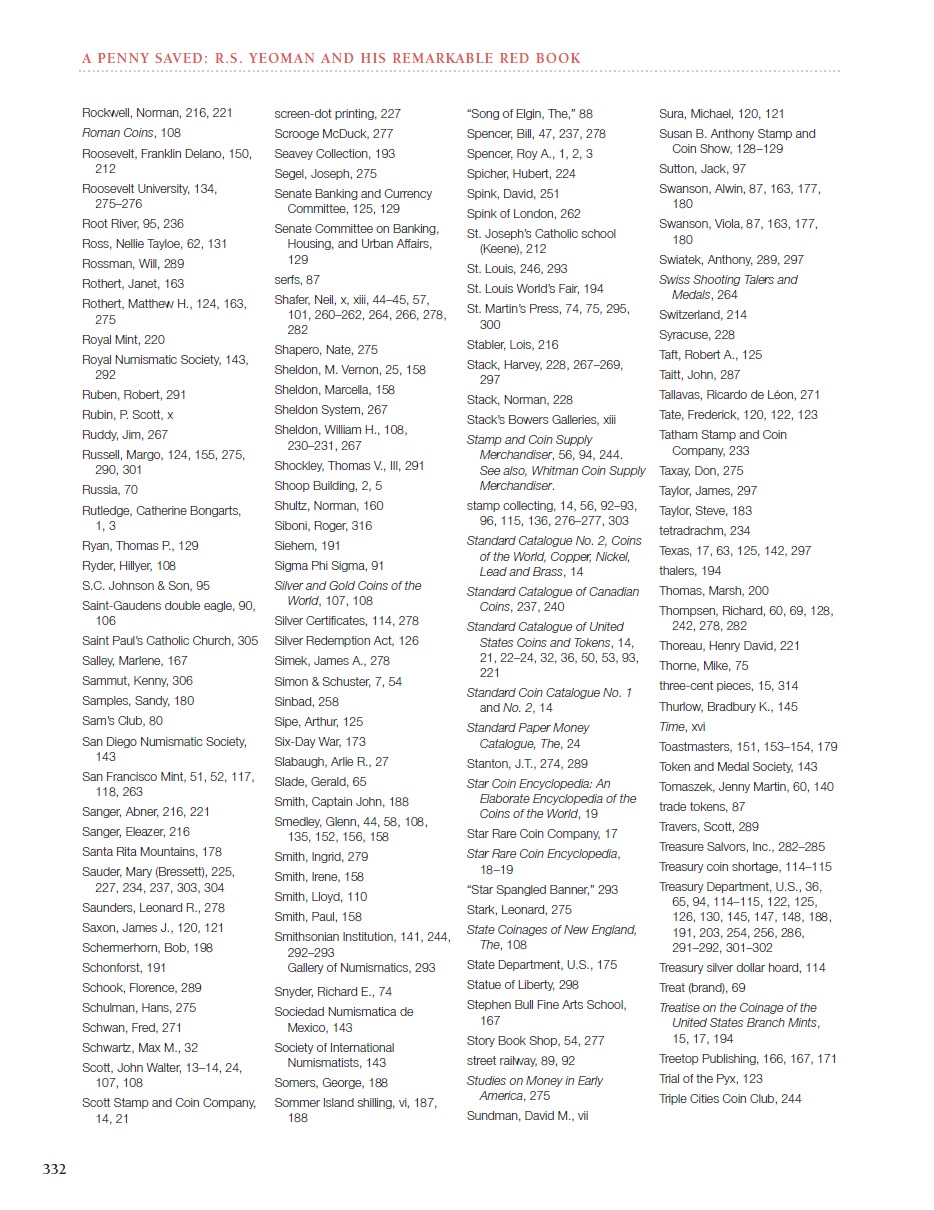 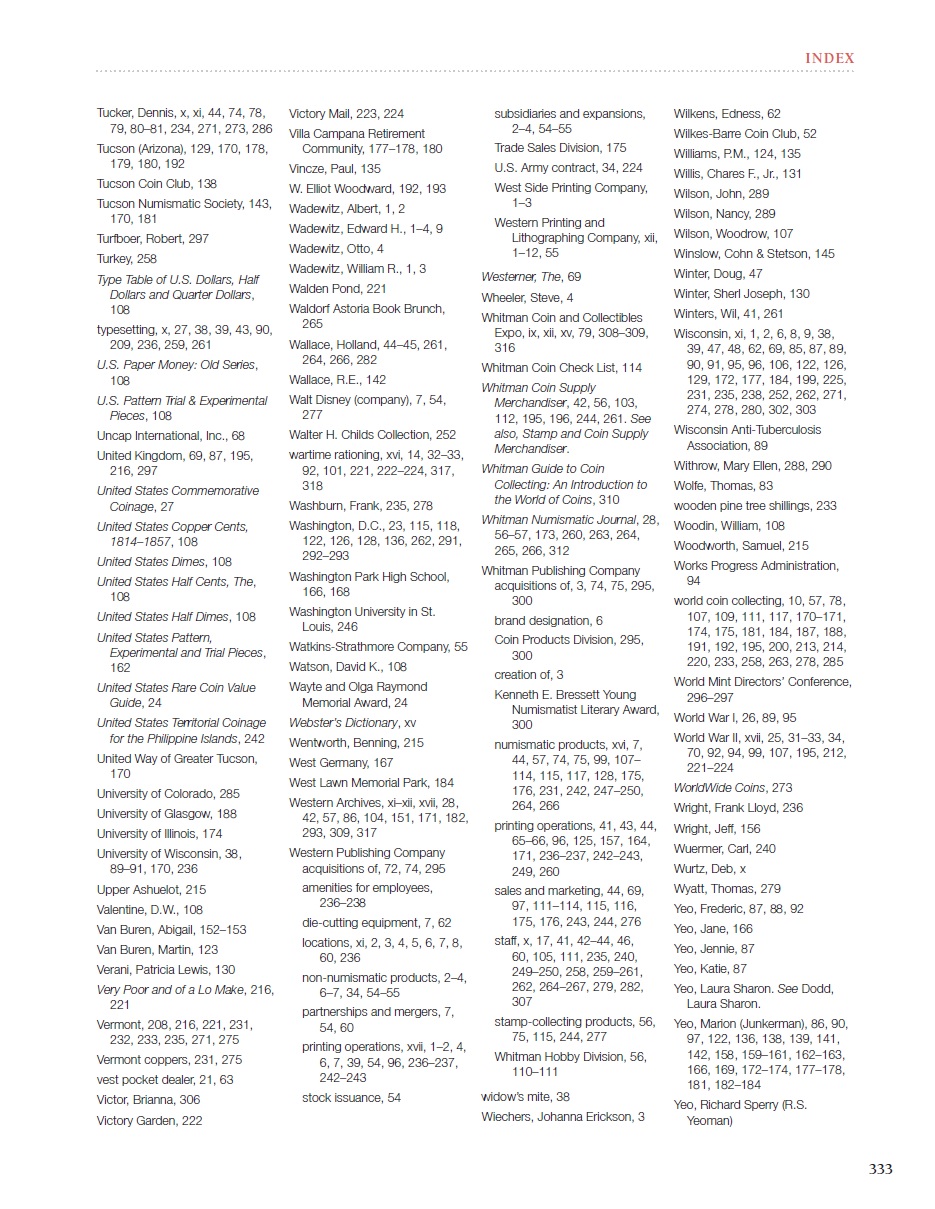 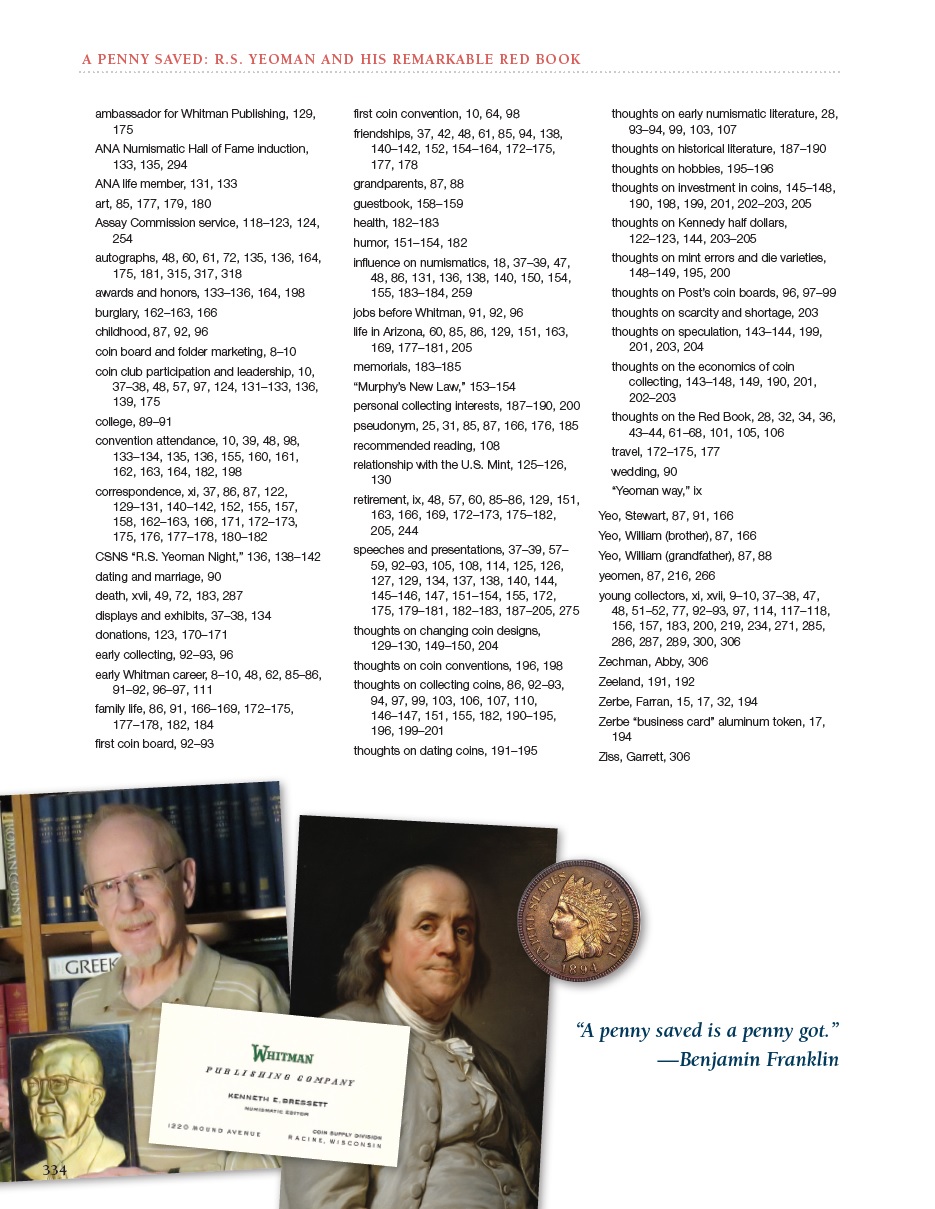 Dennis Tucker became the youngest publisher in Whitman Publishing history when he joined the company in 2004. His focus is on nonfiction books including many standard references relating to the art and science of numismatics (the study of coins and related objects). Numismatics is a field that touches on American financial and banking history, economics, artistry and design, technology, mining and metallurgy, political history, society, and culture. Whitman Publishing, which dates to 1916, is the Official Supplier of the congressionally chartered American Numismatic Association.