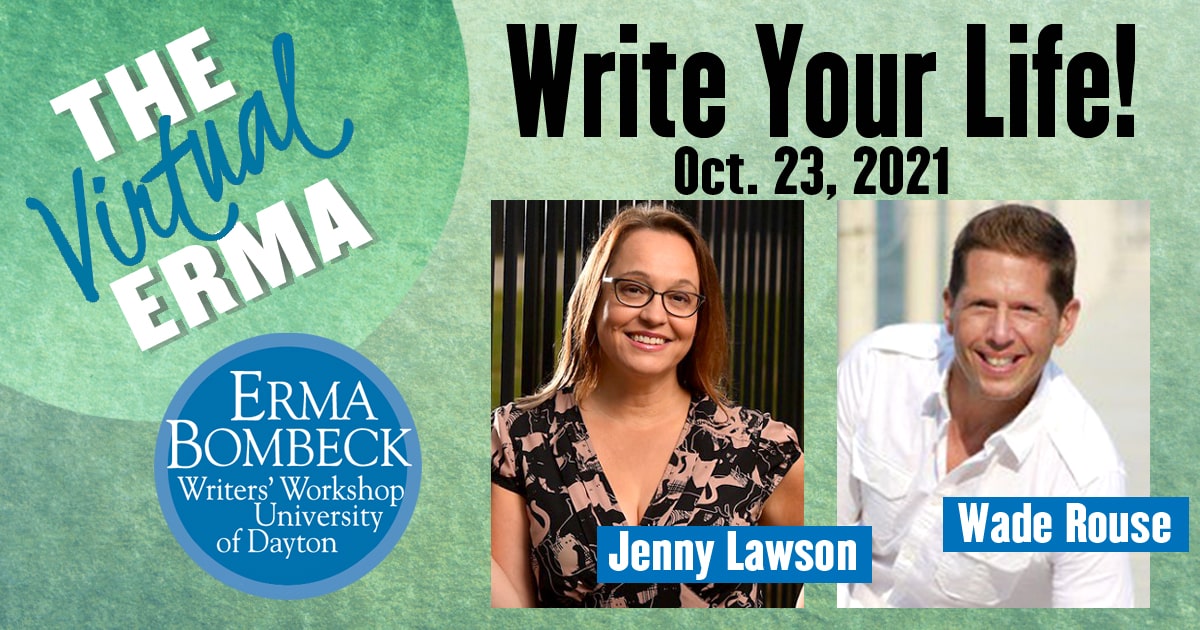 People in the coin-hobby community know me mostly as a publisher, writer, editor, and numismatist. Some know that I’m also a cartoonist, though not as active in that field as I used to be. Alongside my numismatic library is a collection of books on various cartooning subjects—compilations, history, theory, analysis, and the like.

In one of the books, there’s an old illustration and bit of satirical text that always comes to my mind during events of shared national crisis. (I thought about it a year and a half ago, when the COVID pandemic was starting.) It was published in the Columbia Jester, 1919, and reprinted in Dan Carlinsky’s A Century of College Humor (1971). The illustration and caption poked fun at the flood of memoirs that came out after the Great War. It shows a statue of a doughboy standing at attention, and the text, set 40 years in the future, reads:

The great statue stood in the very center of

was made of—and it towered above a maze of

of love, circled above it. Always before it stood a

homage with their eyes.

Oh, yes! There’s the inscription to tell about!

Chiseled in three-foot letters at the base of the

monument were the following words:

A BOOK ABOUT IT.

To his sacred memory,

this, his native land, 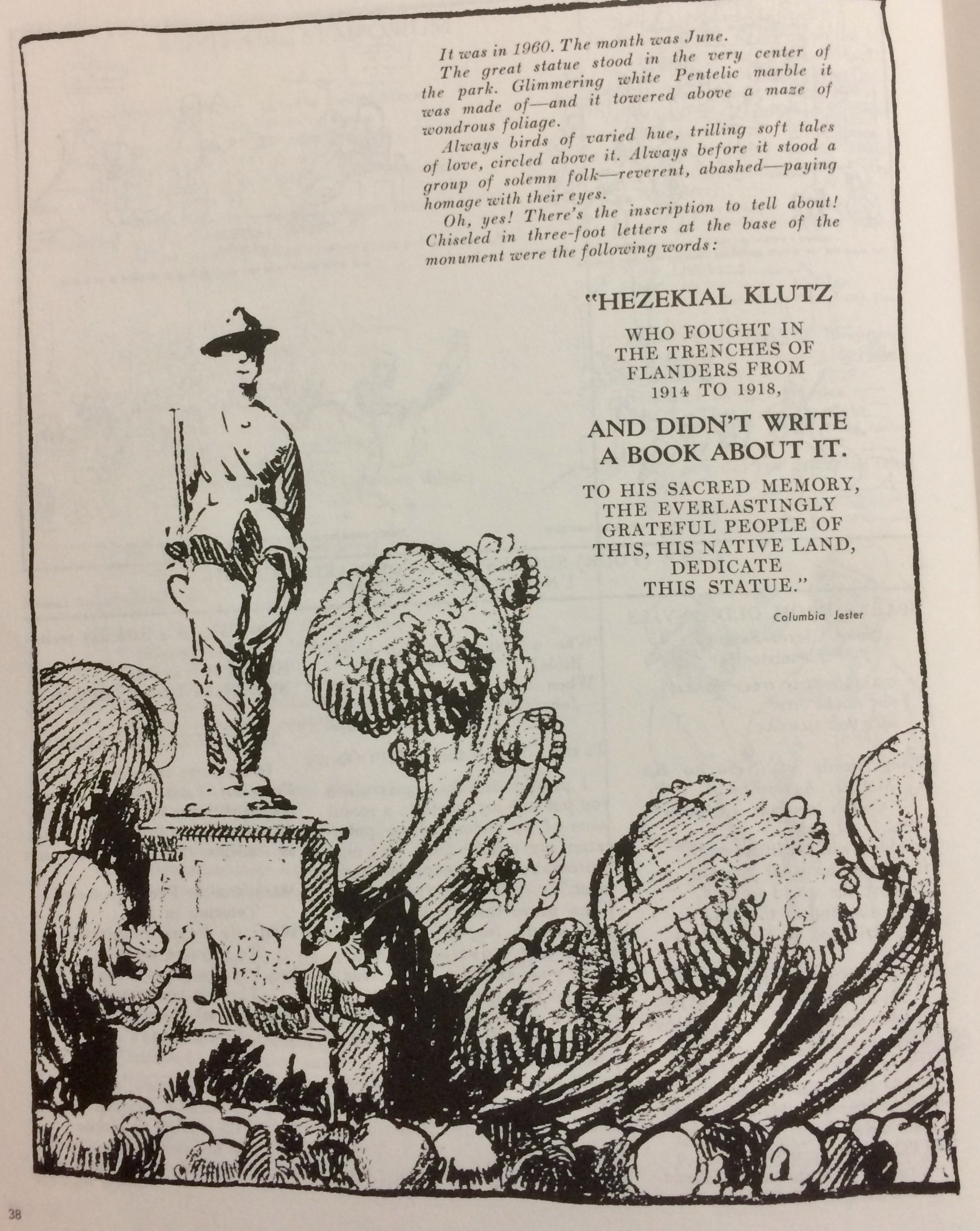 “Hezekial Klutz Didn’t Write a Book About It.” From the Columbia Jester, courtesy of College Humor, edited by Dan Carlinsky. Hover to zoom.

In this age of opinion pieces, oversharing on social media, too-much-information blogs, and never-ending Facebook posts, it can feel like the simple life story, well told, has been replaced by an avalanche of chatter.

A bit of modest silence can be refreshing. Maybe Hezekial Klutz got it right, and deserves that monument.

On the other hand, we might wonder: Is the hobby community at risk of becoming lost to history—our stories unknown because we “didn’t write a book,” and didn’t, in fact, write any of it down?

Does your family know what you collect, and why, and how?

If you don’t tell your personal story as a collector, will it be lost forever after you’re gone?

I encourage you to keep a diary or at least write down some of your numismatic memories and philosophy. We each have insight that others don’t have. We also have shared experiences. It’s all a valuable part of the historical record of the hobby.

Professional numismatist John Dannreuther, a member of the Rittenhouse Society, was recently challenged to start compiling the many humorous tales he’s heard (and sometimes been part of!) over his decades as a collector, dealer, and researcher. His “fun project,” as he calls it, will gather memories from 60 years in coins, plus stories from other collectors, dealers, and “coinslingers.” He’s written more than 40 pages so far, and invites your hobby tales and recollections—the purpose being “to collect these stories before they’re lost to history.”

If you’re interested in learning how to write your own memoirs with humor and humanity, the Erma Bombeck Writers’ Workshop at the University of Dayton (Ohio) is coming up, March 24–26, 2022. Prior to this popular biannual event, you can attend a virtual, half-day workshop on Saturday, October 23, 2021. In addition to keynote sessions led by award-winning memoirists Jenny Lawson and Wade Rouse, Leah Witman Moore will teach “Writing to Remember” (“how to construct a personal narrative to capture the story you have always wanted to tell”) and Liz Alterman will explore “Humor Writing as the Antidote to Adversity.” For $69 (cheaper than a couple Morgan dollars) you can get ideas and inspiration to write your numismatic life story. Learn more at the University of Dayton website.

Dennis Tucker joined Whitman Publishing as the company’s publisher in 2004. The firm, which dates to 1916, is the Official Supplier of the congressionally chartered American Numismatic Association. Tucker’s focus is on nonfiction books including many standard references relating to the art and science of numismatics (the study of coins and related objects). Numismatics is a field that touches on financial and banking history, economics, artistry and design, technology, mining and metallurgy, political history, society, culture, and many other areas of the human experience.

Behind the Fed's Curtain, Something BIG is Brewing