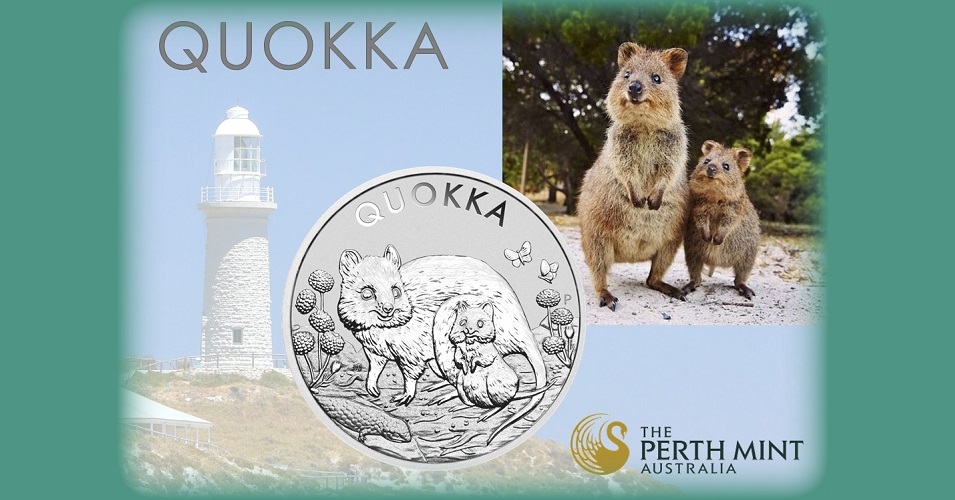 The Perth Mint has released their second silver bullion quality one-ounce quokka coins with a changed reverse design, which have now become an annual series. The first release of quokka coins were dated 2020 and depicted one of Australia’s wildlife ambassadors who can only be found in the land down under. The quokka has become a Western Australian icon that is strongly associated with Rottnest Island near Perth. The idyllic holiday location is home to thousands of quokkas and as is attributed to their apparent smiles, and they’re regarded as the “world’s happiest animal.” Still unintimidated by humans, they readily interact with and approach tourists and visitors who often engage with these small marsupials, eagerly taking photo “selfies” with quokkas, which are posted all over social media pages. 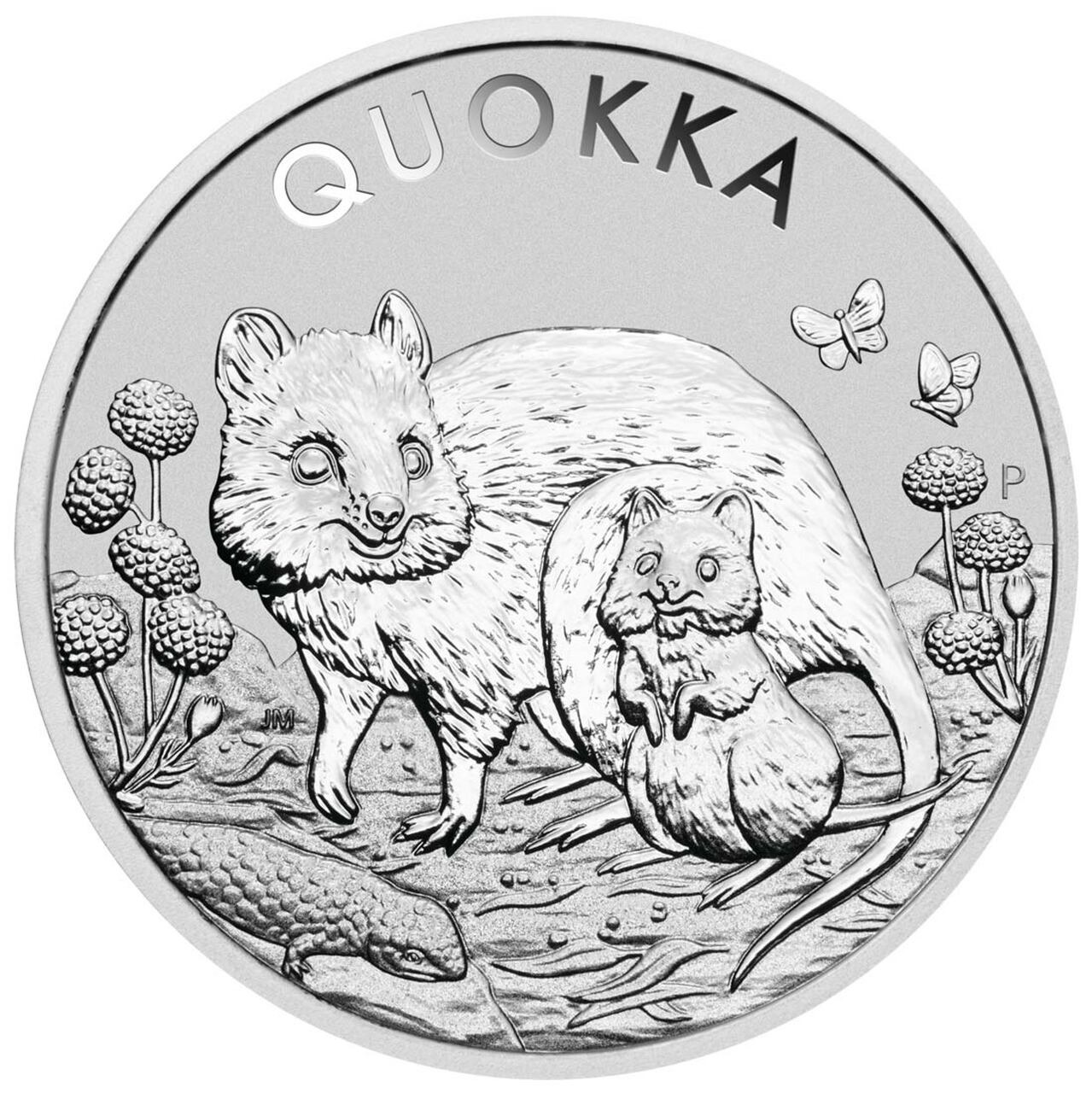 The new design for 2021 on the reverse side portrays an adult quokka and her joey in a natural setting comprising representations of Rottnest Island such as daisies, butterflies, and a bobtail lizard. Included in the design is the inscription QUOKKA above the primary design and the Perth Mint’s P mintmark placed to the right. 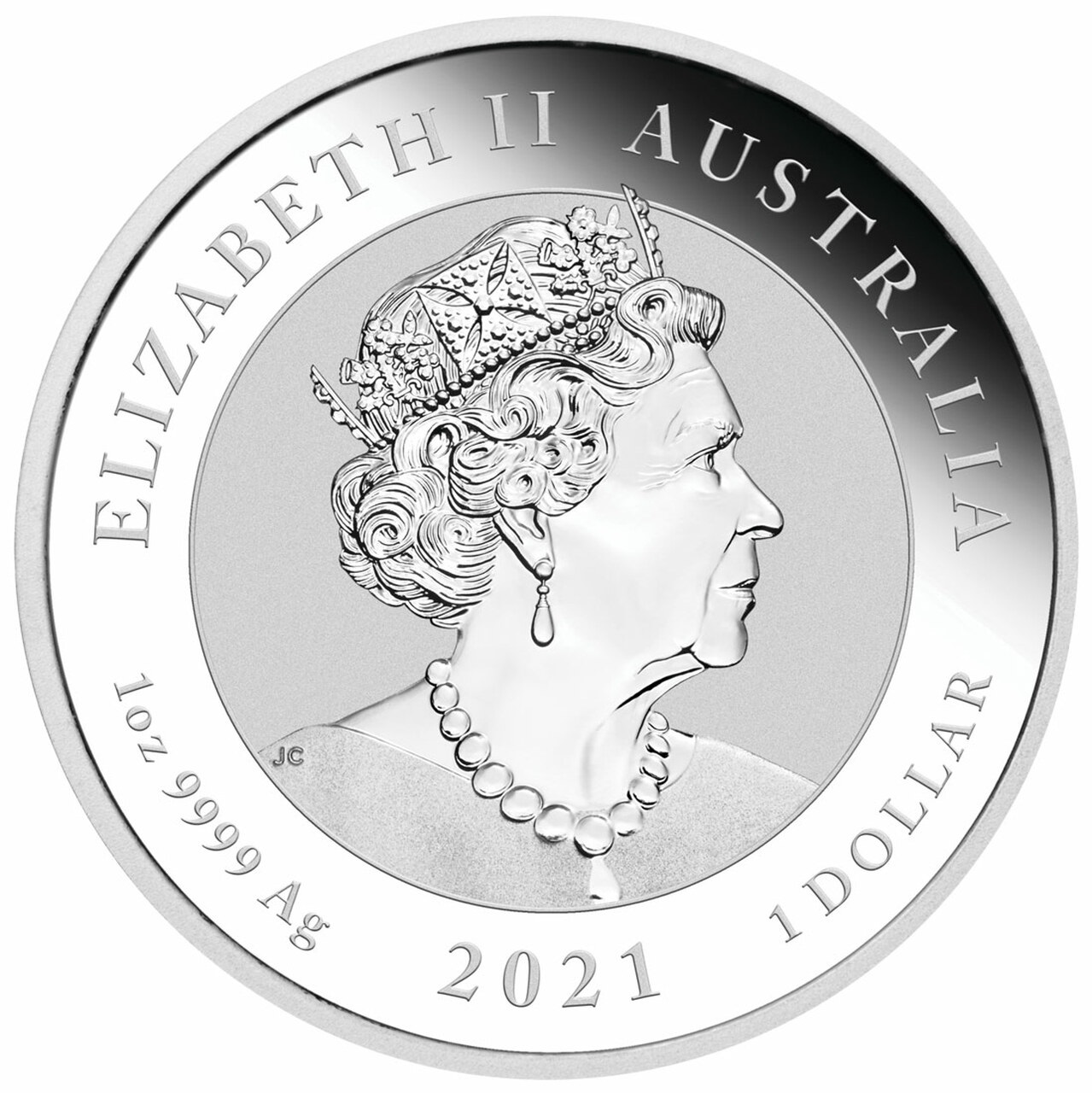 The Commonwealth effigy of HM Queen Elizabeth II created by British engraver Jody Clark is seen on the obverse along with the coins’ denomination of 1 DOLLAR, which is included beneath the Queen’s likeness along with 2021, the year of issue. These coins also include an authentication feature on the reverse in the form of a micro-laser engraved letter. Detectable under a magnifying glass, it is designed to make it significantly more difficult for the coin to be counterfeited.

Each quokka 2021 one-ounce silver bullion coin is presented in an individual protective acrylic capsule. The coins are available through a network of international bullion distributors. For additional information and to find a local distributor, please visit the website of the Perth Mint.