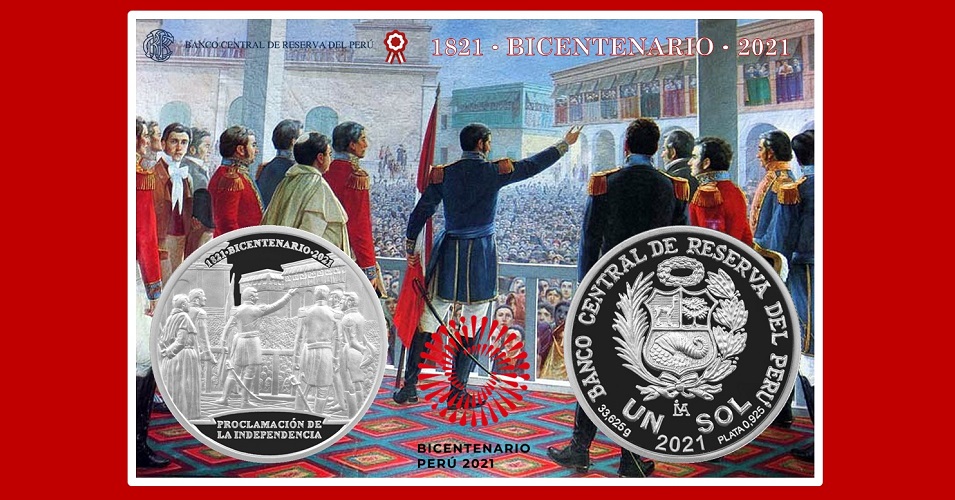 The Banco Central de Reserva del Peru has released (27th July) their latest collector coins which are in celebration of the South American nation’s 200th anniversary of their declaration of independence.

Before the public declaration, the signing of the Peruvian Independence Act took place on the 15th July 1821, the draft having been authored by Manuel Pérez de Tudela, a lawyer from Arequipa. It was on the 28th July that José de San Martín officially declared Peru’s independence from Spain at the Plaza de Armas in Lima with the words:

From this moment on, Peru is free and independent, by the general will of the people and the justice of its cause that God defends. Long live the homeland! Long live freedom! Long live our independence!

However, the mere declaration of independence did not liberate Peru from Spain and resistance from royalists and strong Spanish forces in the interior of the country led to three chaotic and fierce years of battle. It was Simón Bolívar, a Venezuelan military officer, who came to San Martín’s aid, but there were differences between the two over the political fate of Peru. While San Martín preferred for Peru to become a constitutional monarchy, Bolivar preferred a republic and would only commit his troops to fight for this outcome. The standoff resulted in San Martín withdrawing from Peru in September 1822 and leaving Bolivar to carry on the struggle for complete independence. In February 1824, the Congress of Republican Peru named Bolivar sole leader, which gave him authority to completely reorganise Peru’s political and military administration. The end of Spanish rule finally came to an end after two decisive battles, the first at Junín in August, and the second at Ayacucho in December 1824. A treaty was signed on the 9th December 1824 by Don José Canterac, Lieutenant-General of the Royal Armies and representative of Spain’s last viceroy, Don José de La Serna, and General Jose Antonio de Sucre, chief commander of the Peruvian United Army of Liberation. Its main provisos reiterated that all Spanish forces be withdrawn from both Peru and Charcas, present-day Bolivia, with the last troops departing from Callao, the port of Lima, in January 1826. Thus, after the last of the Spanish soldiers departed, the situation ended Spain’s control of South America and led to the emergence of other countries establishing themselves as republics. It would not be until August 1879 that Spain would formally recognise the independence of Peru when both countries signed a treaty of peace and friendship, establishing diplomatic relations. 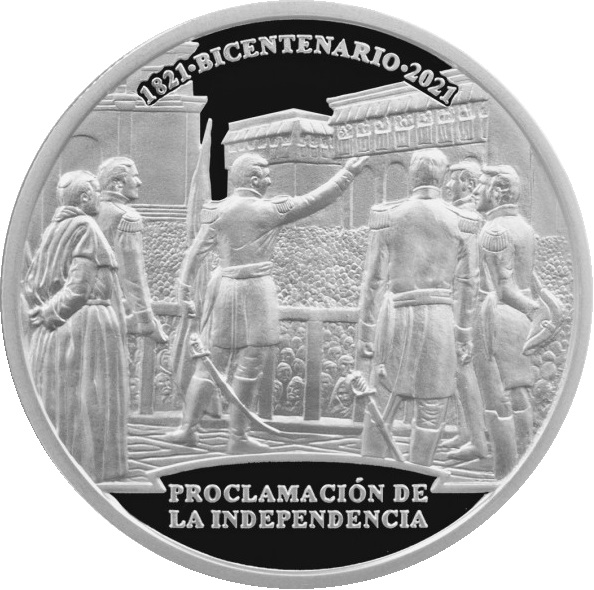 The coins are produced by La Casa Nacional de Moneda de Lima — the National Mint of Lima at their facilities located in the Peruvian capital and designed by Ernesto Gutiérrez Gamarra. On the obverse of the coin and centred is a depiction of liberator José de San Martín as he declared Peru’s independence on the 28th July 1821. Based on a painting created in 1904 by Peruvian artist Juan Lepiani (1864–1932), the work is part of the collection of the National Museum of Archeology, Anthropology, and History of Peru. San Martín is seen in the foreground with his arm raised proclaiming Peruvian independence to the crowd assembled below. The text above the primary design reads 1821 – BICENTENARIO – 2021 and below is the inscription PROCLAMACIÓN DE LA INDEPENDENCIA (“proclamation of independence”). 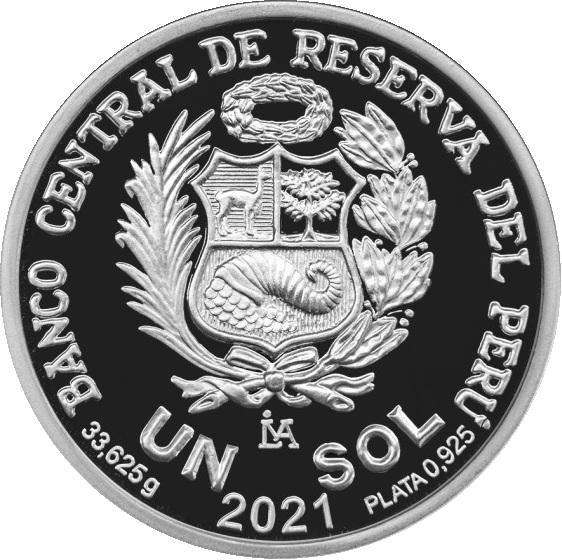 The reverse side depicts Peru’s distinctive crest which includes a vicuna on the upper-left, a sprig of Cinchona officinalis shown on the upper-right, and a cornucopia pouring coins, signifying the treasures of Peru represented with the three realms of nature. Above the crest is the text BANCO CENTRAL DE RESERVA DEL PERÚ along the edge. Below the crest are both coins’ denomination of UN SOL and the year of issue, 2021.  Just beneath the Peruvian crest is the Mint of Lima mintmark.

The coins are available directly from the website of the Banco Central de Reserva del Peru.

The summer of inflation | Today's top gold news and opinion