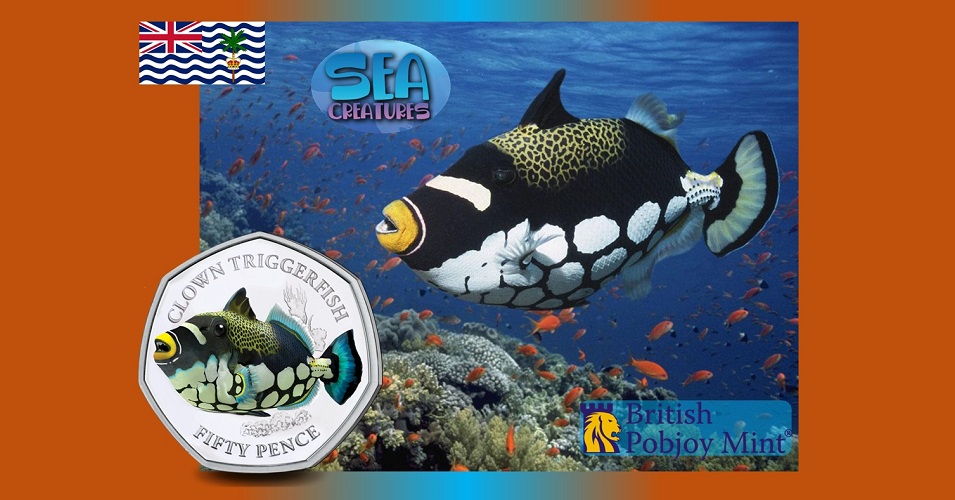 The treasury of the British Indian Ocean Territory has launched (10th August) the last release of their six-coin series featuring unique and fascinating sea life found in and around their locale. The last coin features a depiction of the clown triggerfish.

The British Indian Ocean Territory comprises the 50 islands of the Chagos Archipelago with a total landmass area of just 44 square kilometres (17 square miles). However, their territorial seas cover over 60,000 square kilometres (more than 23,000 square miles) containing coral reefs comprising over 10% of Indian Ocean reef cover with the cleanest seawater ever recorded. As such, the waters around Chagos are a vital natural laboratory for scientists to learn how a healthy reef lives, enabling their studying of the diverse wildlife who live in or visit these waters as breeding and feeding grounds. As their waters are home to an array of amazing sea creatures, the clown triggerfish among one of them, the series has included just six of the most colourful and even elusive fish species. 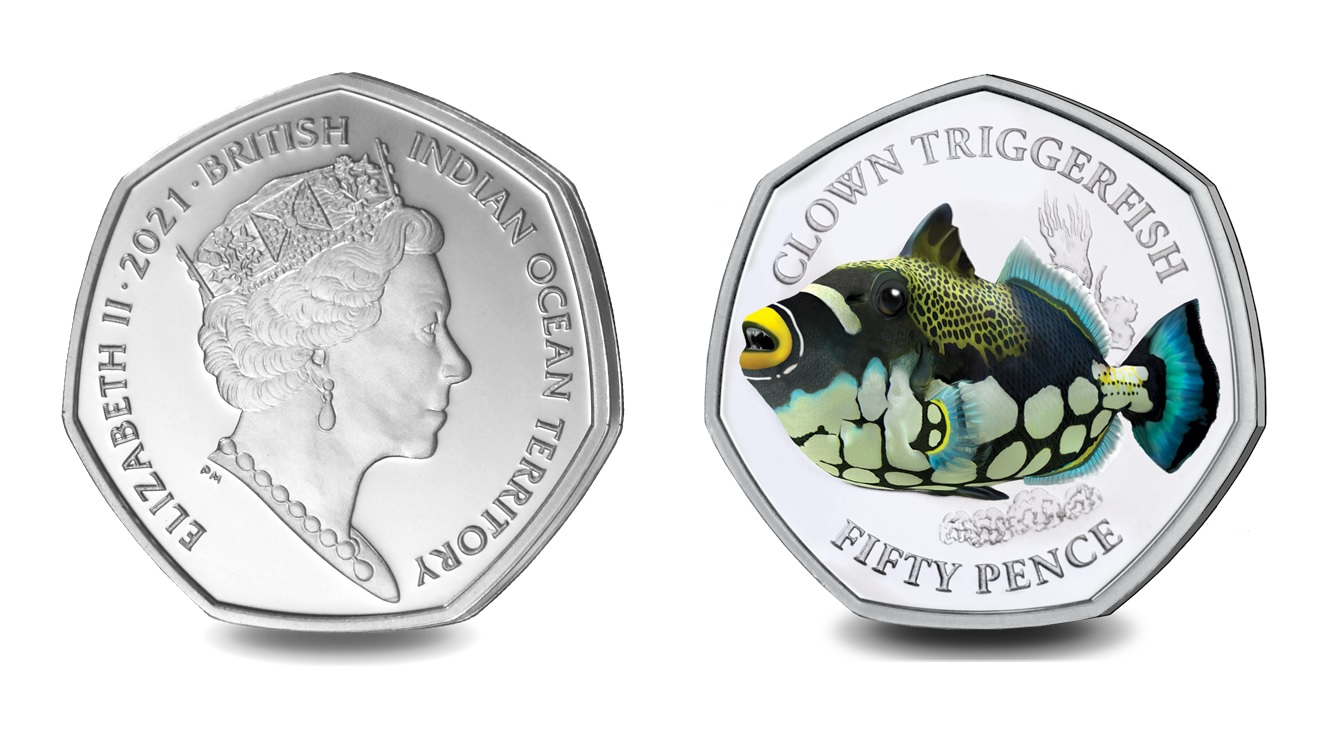 These seven-sided coins are produced in both sterling silver and cupro-nickel by the Pobjoy Mint at their facilities in Surrey, England, on behalf of the treasury of the British Indian Ocean Territory. The design on the coin features an adult clown triggerfish swimming along coral reefs. The text above the primary design reads CLOWN TRIGGERFISH with the coins’ denomination shown as FIFTY PENCE placed below. The obverse side of the coin features an elegant effigy of HM Queen Elizabeth II, which is an exclusive design of the Pobjoy Mint. The issuing authority of the BRITISH INDIAN OCEAN TERRITORY is placed around the Queen’s likeness as part of the coin’s legend along with the year of issue 2021. 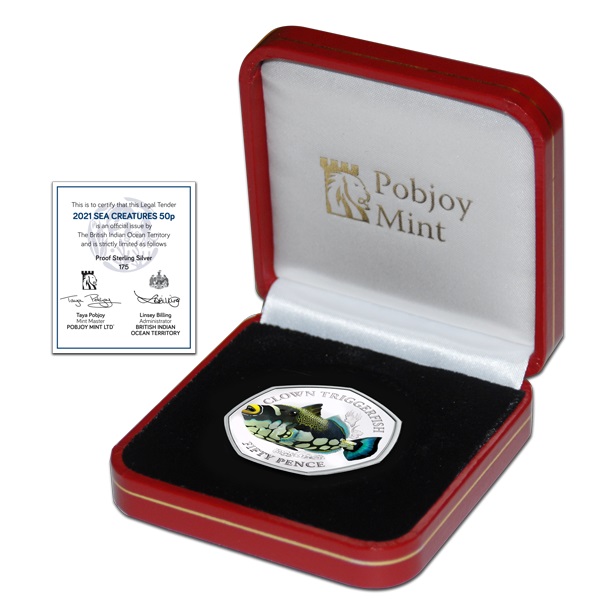 Base metal Brilliant Uncirculated examples are presented in a micro-fibre cloth pouch, the sterling silver Proof examples are encapsulated and presented in a custom case accompanied by a certificate of authenticity. A special album created specially to house all six coins in the collection is available as a separate purchase. For additional information about these coins and others released by the British Indian Ocean Territory, please visit the website of the Pobjoy Mint

This map shows how much rental assistance states have distributed