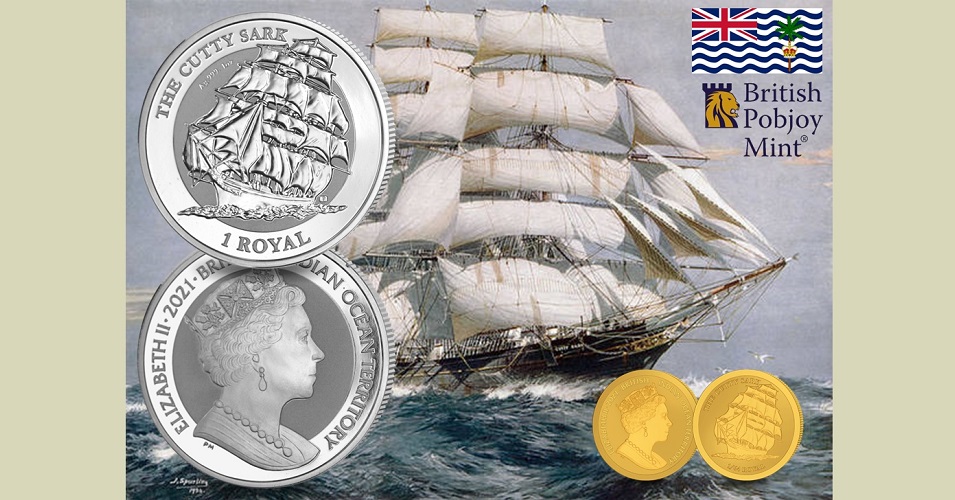 The treasury of the British Indian Ocean Territory has launched (1st September) a new bullion series featuring the world’s last surviving tea clipper ships which today is the focus of a very popular tourist sight in London. The Cutty Sark was a British clipper ship that was built on the River Clyde in 1869 and was one of the last tea clippers to be built. Her construction came at a time when sails were starting to be substituted for steam power. Commissioned by John Willis, with a budget of £17 per ton, the finished cost amounted to £16,150 — a staggering sum in the mid-19th century. He entrusted a relatively unknown shipbuilder to construct the ship that would become Cutty Sark. The firm Scott & Linton had only previously built one ship before this undertaking and yet they were assigned with the building of a vessel vying to be the fastest afloat.

Building commenced in early 1869 in Dumbarton, Scotland, and with a name inspired from the Robert Burns poem Tam O Shanter, The Cutty Sark officially launched on the 22nd November 1969 destined for the tea trade. After her maiden voyage, which departed London on the 15th February 1870, she sailed on an intensely competitive race across the globe from China to London crossing the Indian Ocean before rounding the Cape of Good Hope and returning to England. On this outward voyage, the ship carried general cargo, including wine, spirits, beer, and manufactured goods. After the Cutty Sark successfully reached China on 31st May, the ship was loaded with 1,305,812 pounds of tea. The world-famous ship returned back to London on the 13th October the same year after spending 25 days in port in Shanghai. The maximum speed the Cutty Sark achieved was 17.5 kilometres (19.9 miles) per hour carrying 1,542 tonnes in capacity. Ultimately, the Cutty Sark sailed in eight tea seasons, from London to China and back.

With a career spanning more than 52 years with seven captains (part of her sailing life was as the Portuguese-registered ship Ferreira for 27 years), the clipper had visited almost every major international port in the world. In 1922, she was purchased by the British retired Sea Captain Wilfred seeking to restore the ship to her original form and the Ferreira reverted to her original name of Cutty Sark.

As the sole surviving tea clipper ship that once surged through the waves in the world today, the Cutty Sark became the focus as a museum and was brought to dry dock in Greenwich, London, in 1954. 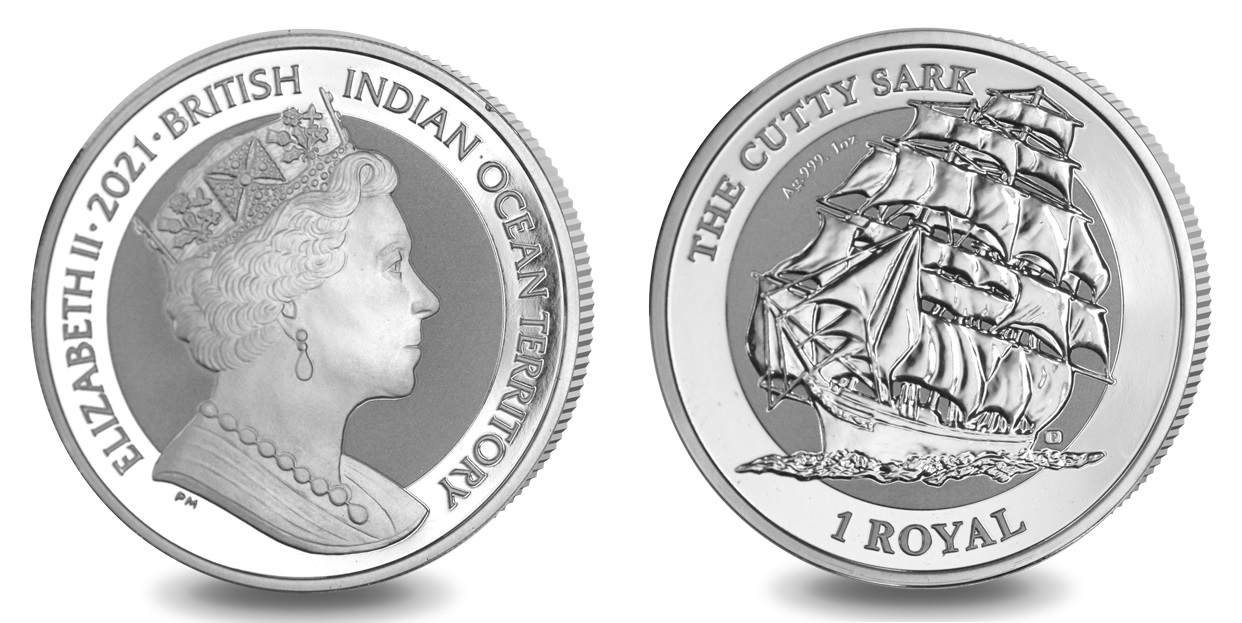 Both the gold half gram and silver one-ounce coins are produced by the Pobjoy Mint at their facilities in Surrey, England, on behalf of the treasury of the British Indian Ocean Territory. The design on the reverse side of both versions features the famous clipper ship the Cutty Sark with her sailing unfurled. To the upper-left edge is the text CUTTY SARK and below the primary design is the denomination of 1/64 ROYAL (gold) or 1 ROYAL (silver). The silver examples are produced in a unique reverse frosted background. 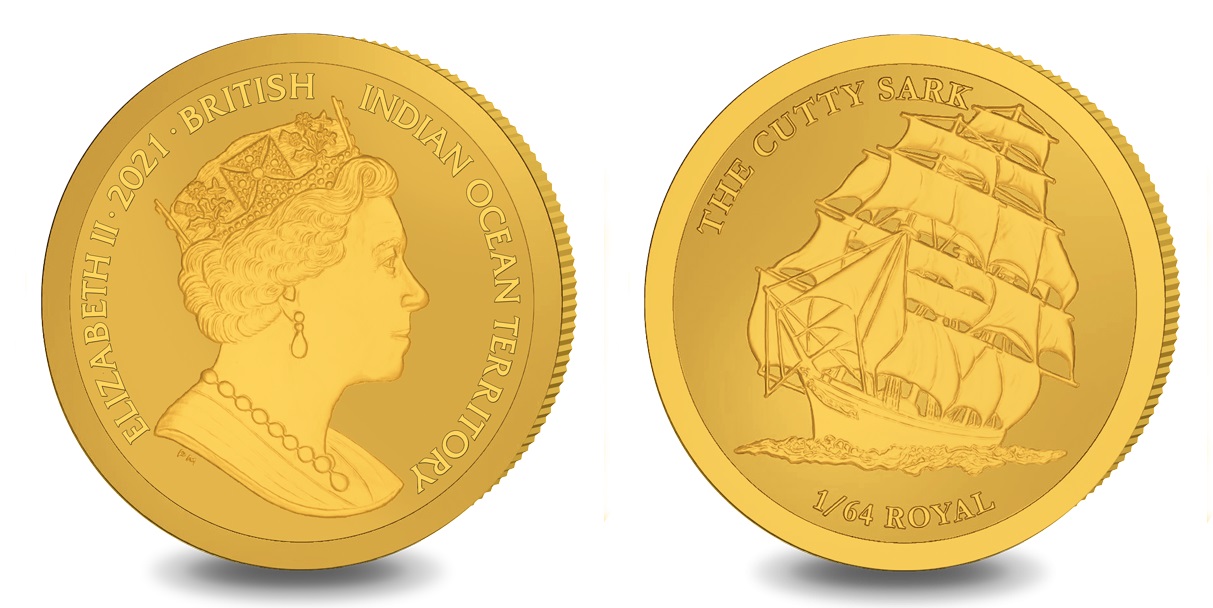 The obverse side of the coin features an elegant effigy of HM Queen Elizabeth II, which is an exclusive design of the Pobjoy Mint. The issuing authority of the BRITISH INDIAN OCEAN TERRITORY is placed around the Queen’s likeness as part of the coin’s legend along with the year of issue 2021.

The silver one-ounce coins are encapsulated and available in multiple quantities. The half-gram coins have an issue limit of 299 pieces worldwide. Out of this mintage limit, 69 special edition pieces have been specially struck with a unique reverse frosted background. Each gold coin is encapsulated and presented in a Pobjoy-branded custom case accompanied by a certificate of authenticity. For additional information about these coins and others released by the British Indian Ocean Territory, please visit the website of the Pobjoy Mint.

How the Fed is enabling Congress’ trillion-dollar deficits