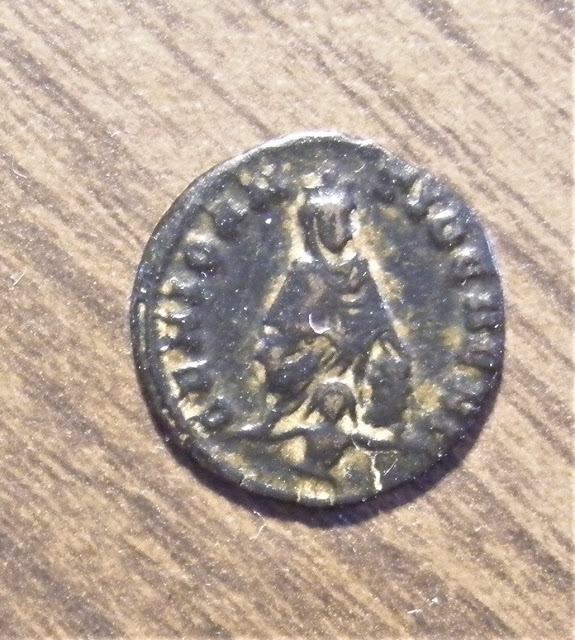 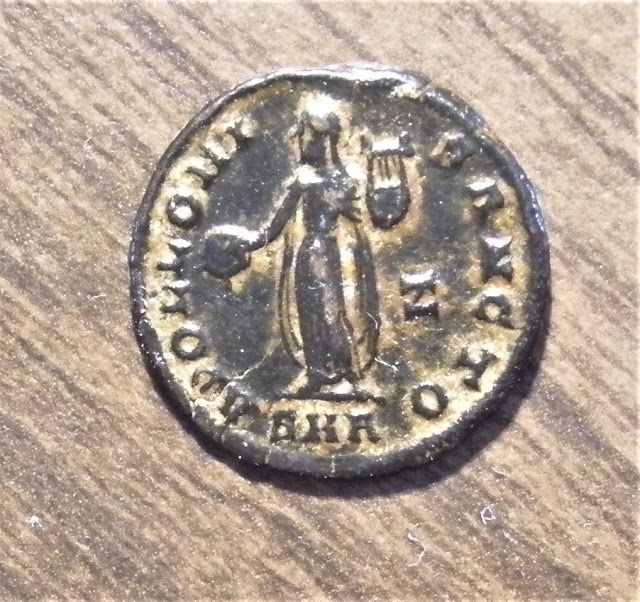 16 mm., 1.48 g, 11h,  ANTIOCH Mint
RCV 14927
O: GENIO AN-TIOCHENI, Antioch seated facing, river god swimming below
R:  APOLLONI-SANCTO, Apollo holding patera and lyre,  Z (for the seventh officina) in the right field. SMA
The depictions are supposed to be according to Vagi, from the city’s most famous statuary. The Tyche of Antioch by Eutychides of Sikyon of which there is a Roman copy in marble in the Vatican Museum and the Apollo of Daphne by Bryaxis of Athens.
Ex: Warren Esty 2020
Ex: Dan Clark, 1989 at $30
Ex: Stack’s Knobloch 5/5/84 portion of lot 1388