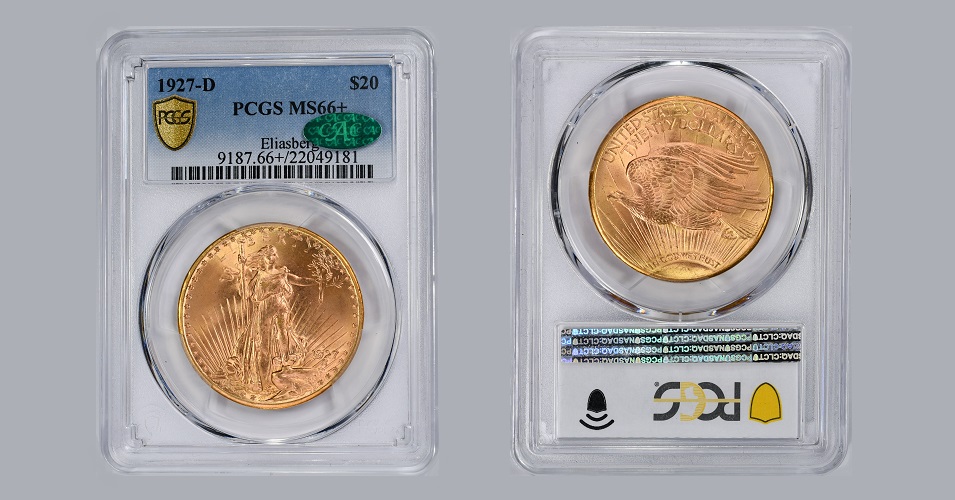 “I’ve always wanted to handle a 1927-D Saint since I was a kid collecting coins. It is the rarest 20th century U.S. circulation strike gold coin released for circulation, and I’m happy to have this opportunity to place it in a splendid collection,” said Seth Chandler, owner of Witter Coin. “The buyer is a private collector who is thrilled to own an ultra-classic rarity.”

Both the buyer and former owner of the coin want to remain anonymous, according to Chandler.

“It’s quite a spectacular coin,” stated John Albanese, founder of Certified Acceptance Corporation (CAC). “I’ve handled four other ‘27-D Saints over the years, but this was the first time I saw the Elisaberg coin in person. I was really blown away by it and its great color, and lack of abrasions that usually plague this issue.”

Louis E. Eliasberg Sr. (1896-1976) was a Baltimore, Maryland financier known as “The King of Coins” because of his unmatched achievement of collecting a virtually complete set of examples of every United States Mint coin known at the time.