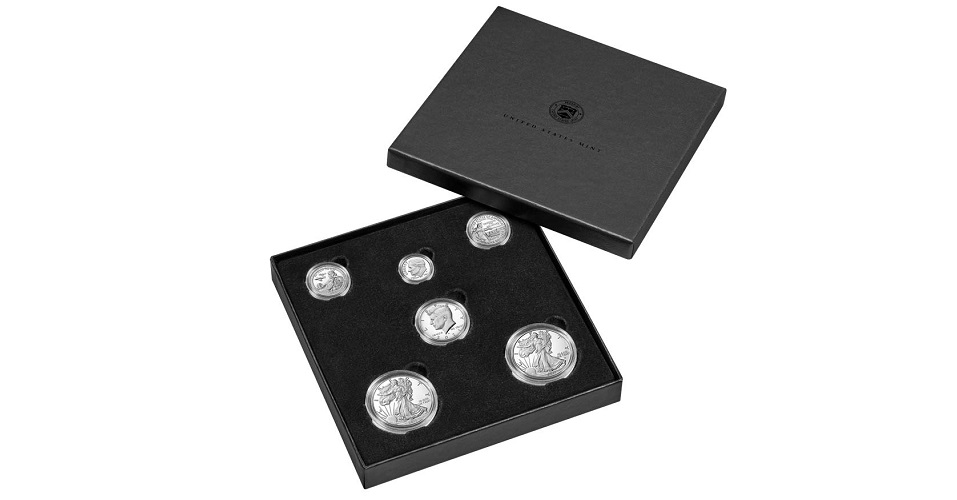 Washington — The United States Mint (Mint) will begin accepting orders for the 2021 Limited Edition Silver Proof Set–American Eagle Collection on October 1 at noon EDT. Production is limited to 50,000, with orders limited to one per household for the first 24 hours of sales. 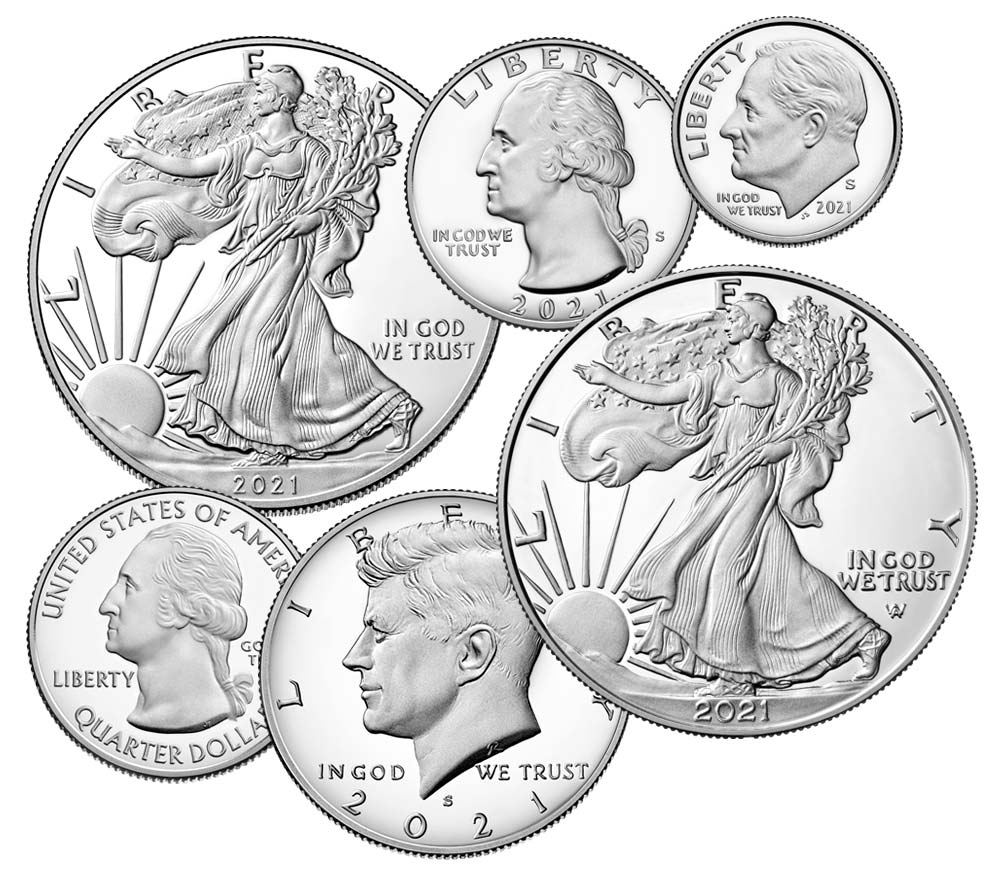 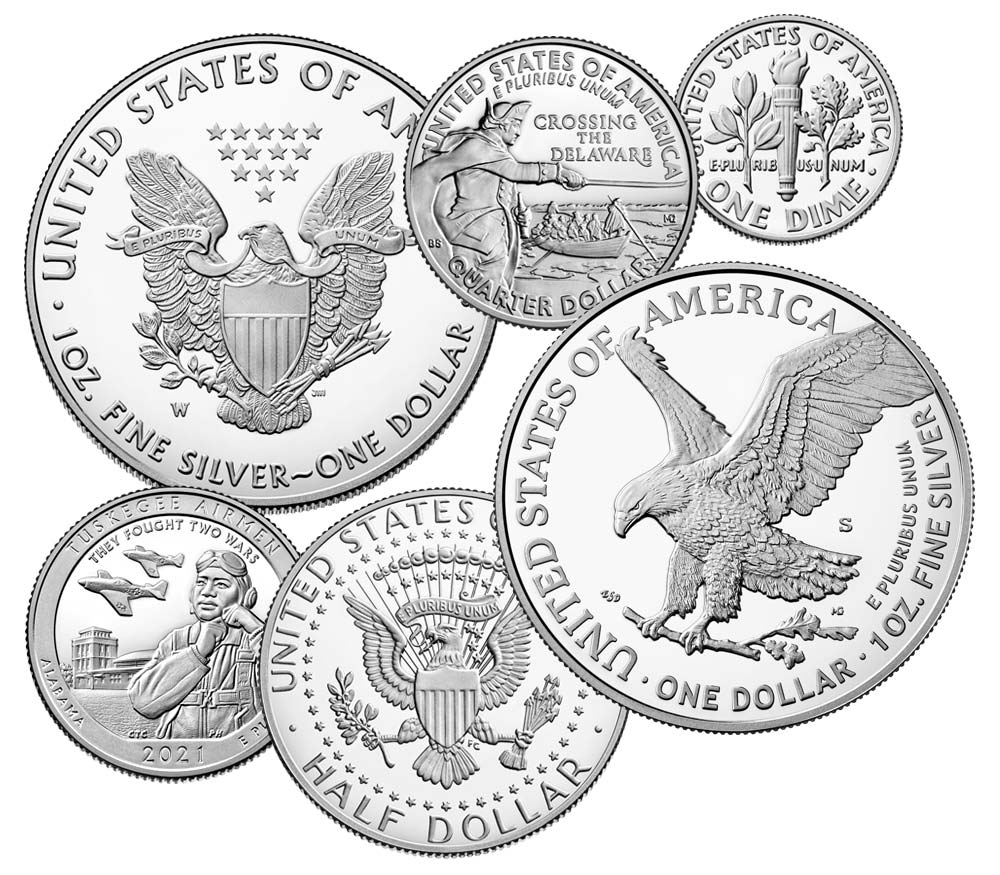 The new reverse (tails) depicts a single eagle as it approaches a landing, carrying an oak branch as if to add it to a nest. Inscriptions are “UNITED STATES OF AMERICA,” “E PLURIBUS UNUM,” “1 OZ. FINE SILVER,” and “ONE DOLLAR.” 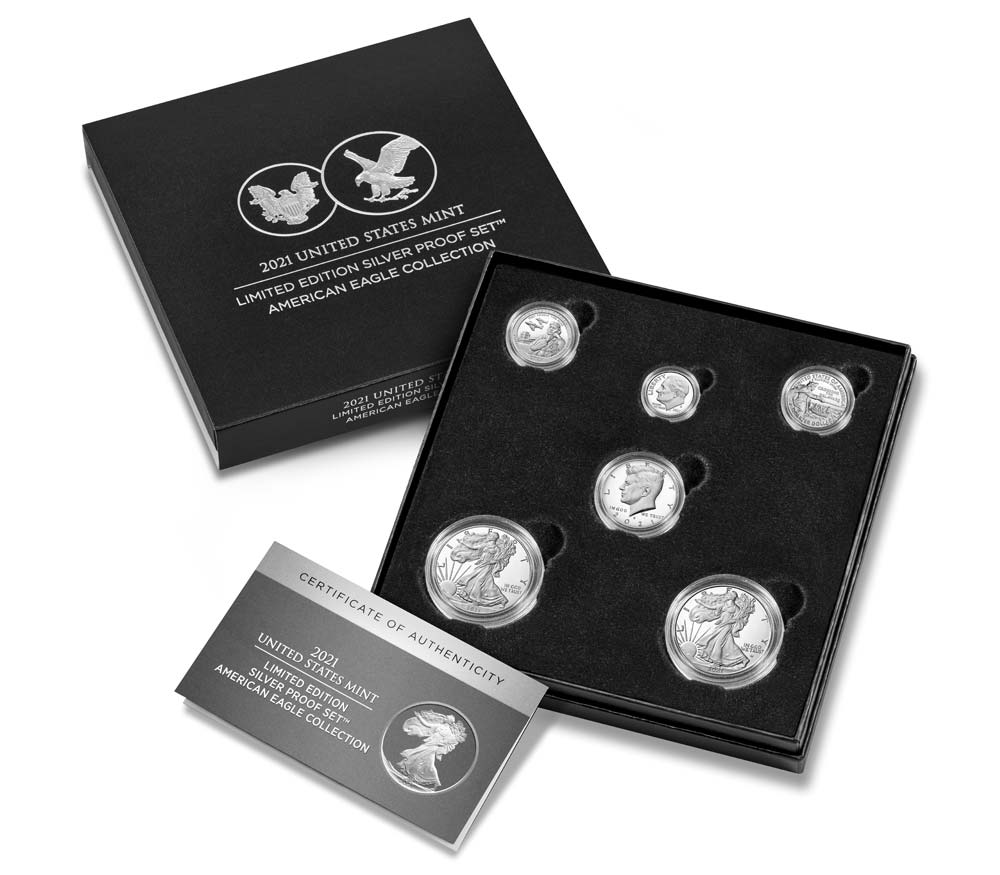 The quarters, half dollar, and dime are struck in 99.9 percent silver. All coins are housed in a single lens and inserted in a black presentation case. A certificate of authenticity is included.

The 2021 United States Mint Limited Edition Silver Proof Set — American Eagle Collection is priced at $235.00. To set up a REMIND ME alert, visit here (product code 21RCN). This product is not included in the Mint’s Bulk Purchase Program.

Chanos says retail investors may be left holding the bag

Analysis: From chips to ships, shortages are making inflation stick