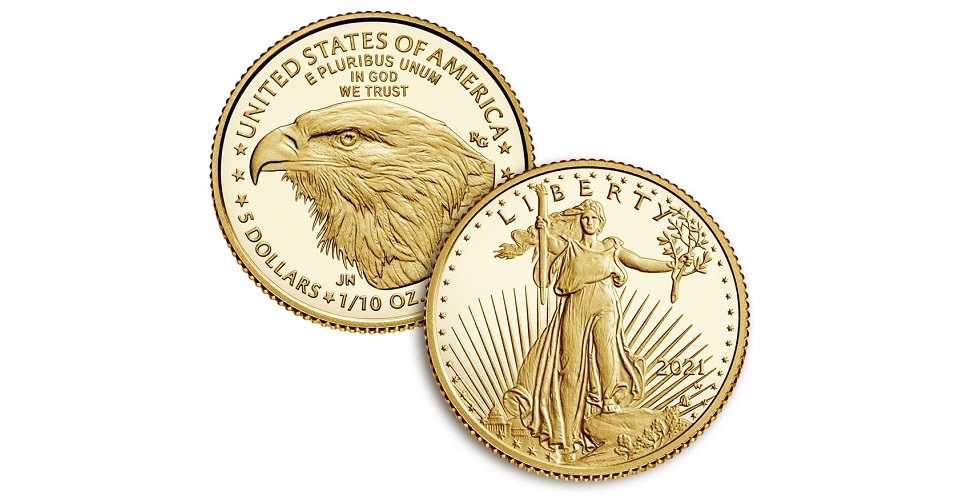 Washington — The United States Mint (Mint) will begin accepting orders for the 2021 American Gold Eagle 1/10th-Ounce Two-Coin Set Designer Edition on August 5 at noon Eastern Time. Production of this set is limited to 5,000 units, with orders limited to one set per household for the first 24 hours of sales.

The coins in this special set are struck in 22-karat gold at the West Point Mint. One coin features the last of the original American Gold Eagle coin reverse designs, and the other features the first of the new reverse designs. Both coins are encapsulated and packaged in a single black presentation case that is enclosed in an outer sleeve emblazoned with images of both the reverse (tails) designs. The accompanying certificate of authenticity is numbered, and a limited quantity are signed by United States Mint Director David J. Ryder. 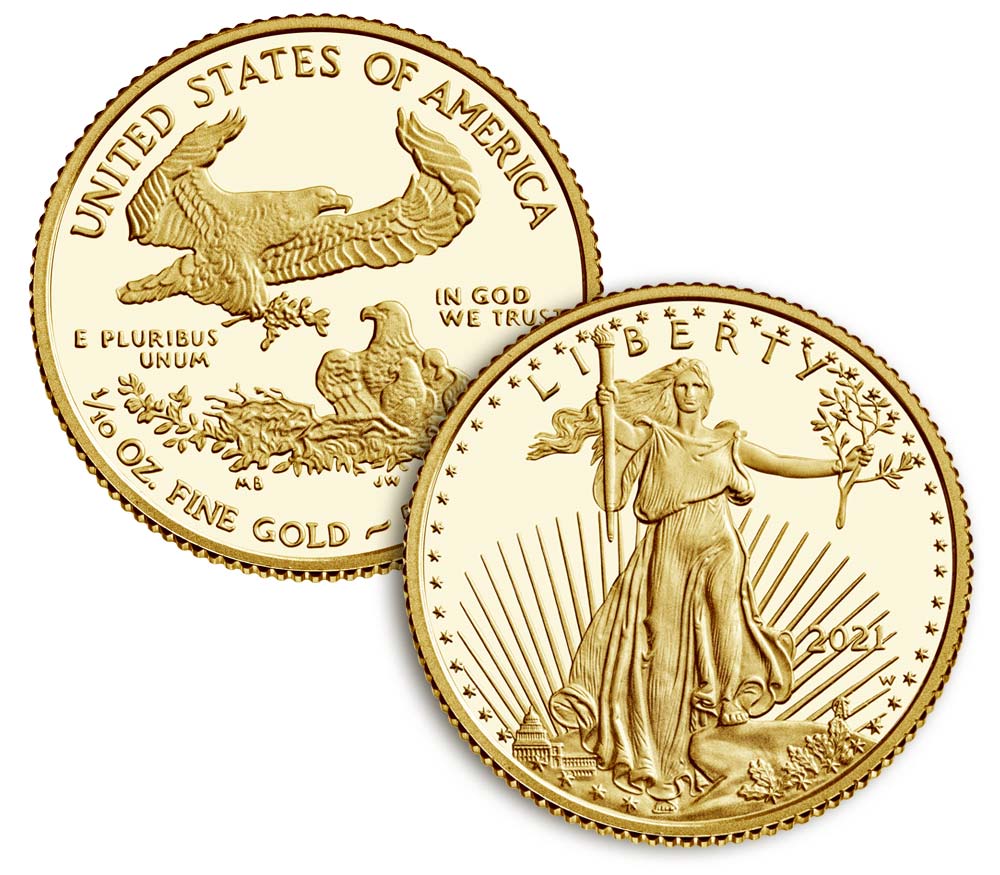 The 2021 American Gold Eagle coin original obverse (heads) design depicts a version of Augustus Saint-Gaudens’ full-length figure of Liberty with flowing hair, holding a torch in her right hand and an olive branch in her left. The 2021 original reverse design, which depicts a male eagle carrying an olive branch flying above a nest containing a female eagle and eaglets, was sculpted by Miley Busiek Frost and executed by United States Mint Sculptor-Engraver Sherl J. Winter.

The new 2021 obverse design depicts the same full-length figure of Liberty with flowing hair by Augustus Saint-Gaudens. For the 2021 coin, the Mint returned to its original historical assets to render a closer reflection of Saint-Gaudens’ original vision and includes the addition of his traditional artist mark. The 2021 new reverse design features a magnificent portrayal of an eagle by United States Mint Artistic Infusion Program Designer Jennie Norris and sculpted by United States Mint medallic artist Renata Gordon. 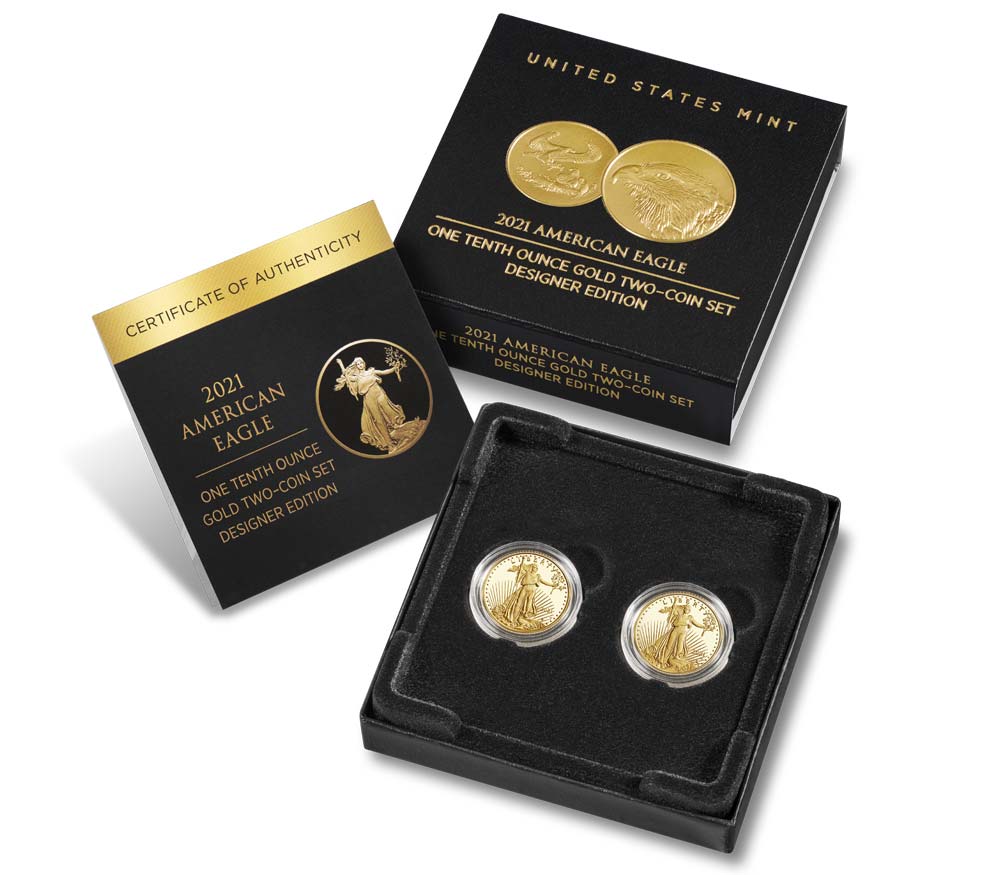 Pricing for the 2021 American Gold Eagle 1/10th-Ounce Two-Coin Set Designer Edition is based on the Mint’s pricing range table for gold coins. Current pricing information is available at the Mint’s website. 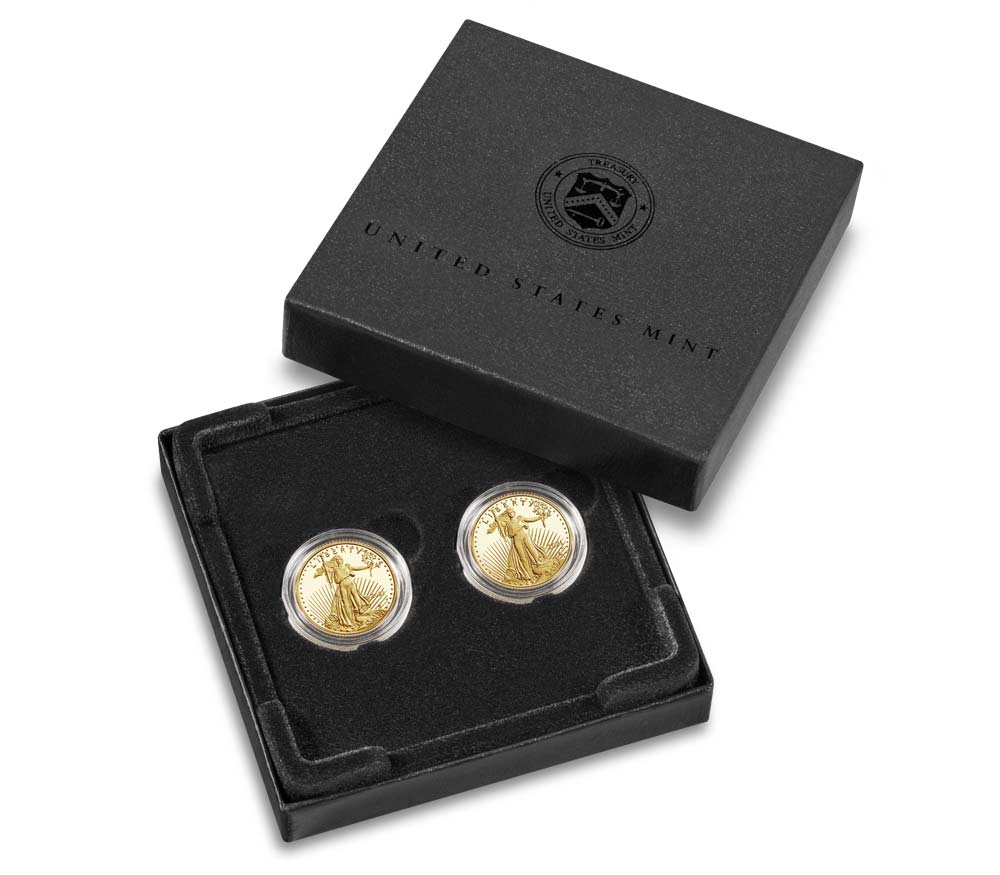 To set up a REMIND ME alert, click here (product code 21XK).

Note: To ensure that all members of the public have fair and equal access to United States Mint products, the United States Mint will not accept and will not honor orders placed prior to the official on-sale date and time of August 5, 2021, at noon EDT.

Total US Debt Shrinks by $101 Billion into Debt Ceiling Saga