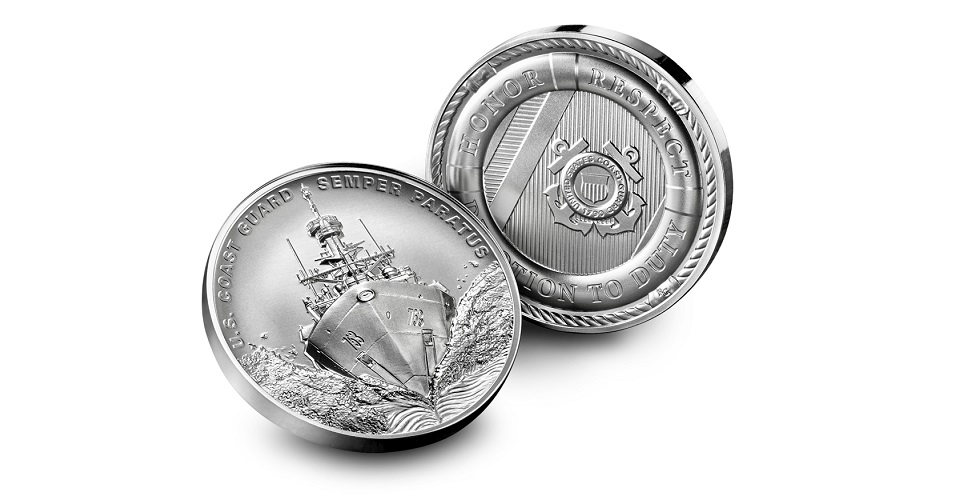 Washington — The United States Mint (Mint) will accept orders for 2.5 oz. silver medals honoring the U.S. Coast Guard starting on August 17 at noon EDT. This is the second release in the Mint’s United States Armed Forces Silver Medal Program. Production is limited to 10,000 medals, with orders limited to one per household for the first 24 hours. 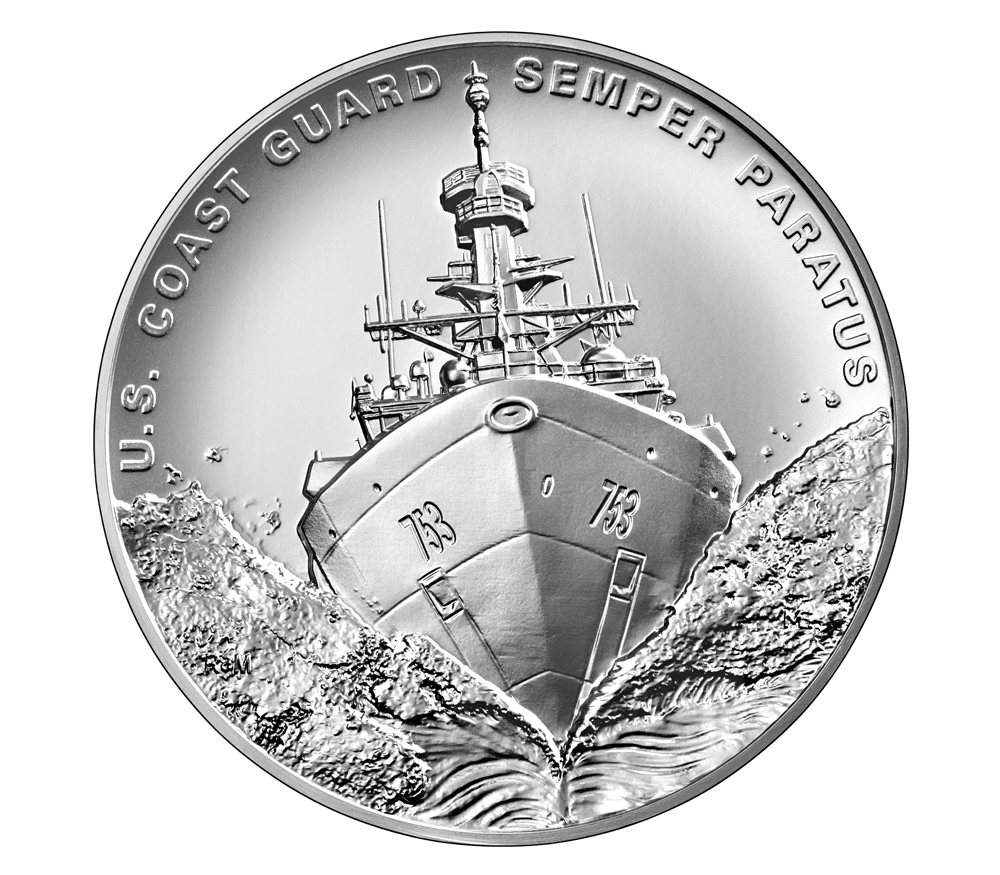 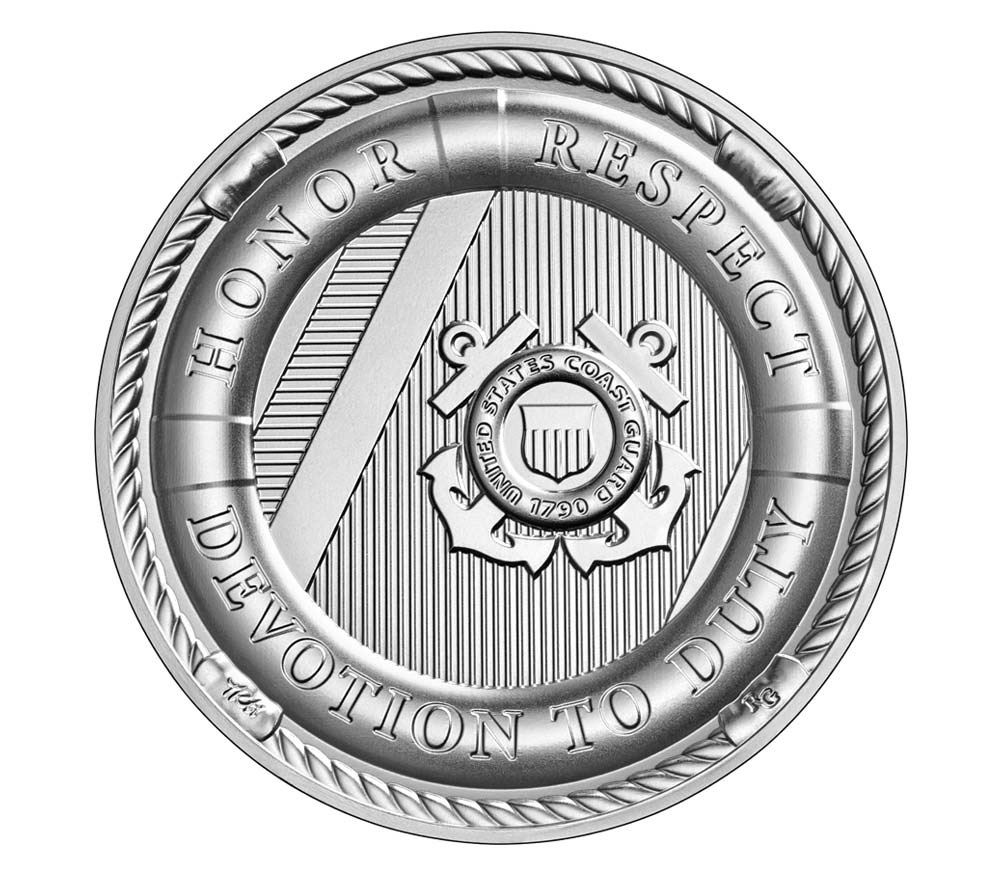 The reverse (tails) design was created by AIP Designer Thomas Hipschen and sculpted by Mint Metallic Artist Renata Gordon. The design depicts two iconic symbols of the Coast Guard: A life preserver ring and the racing stripe mark, which is found on almost all Coast Guard craft. The racing stripes are depicted with a heraldic hatching tradition to indicate color, with horizontal lines indicating the color blue and vertical lines indicating red. The Coast Guard emblem, which is part of the racing stripe mark, is also in the center. Inscribed on the life preserver ring are the Coast Guard’s core values HONOR, RESPECT, and DEVOTION TO DUTY. 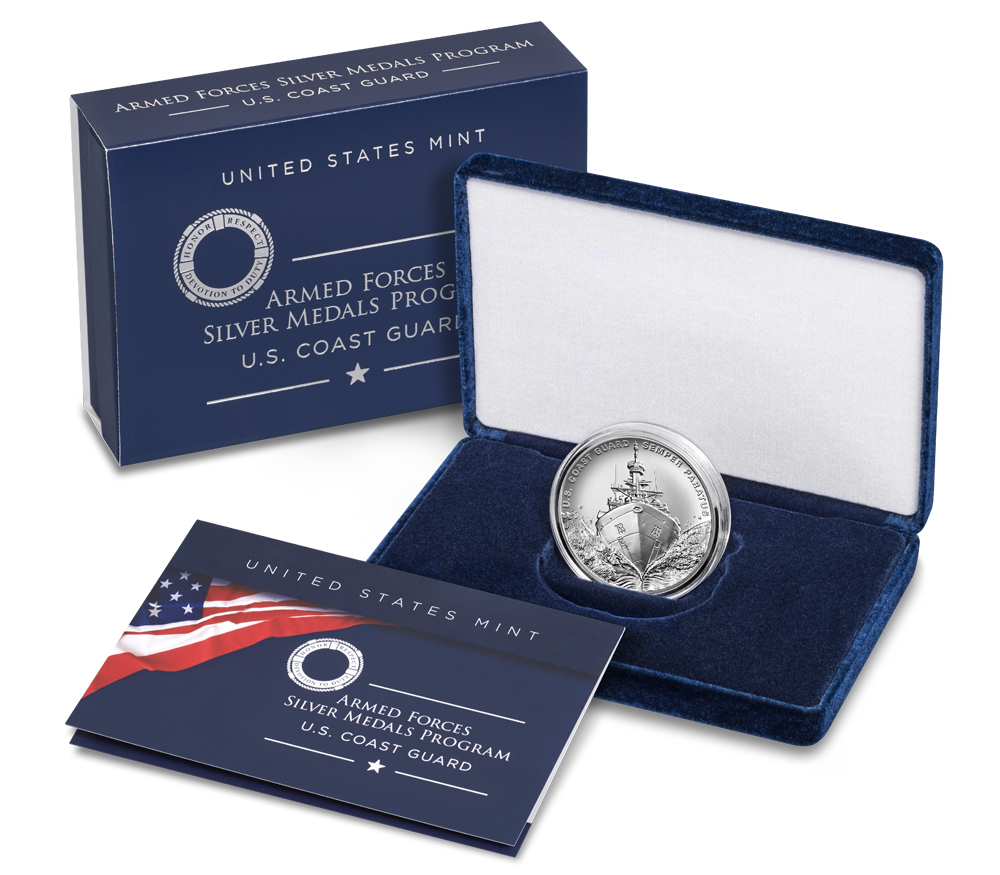 The Coast Guard silver medal is priced at $160. To set up a REMIND ME alert for this product, click here (product code S20MB).

Note: To ensure that all members of the public have fair and equal access to United States Mint products, the United States Mint will not accept and will not honor orders placed prior to the official on-sale date and time of August 17, 2021, at noon EDT.

This map shows how much rental assistance states have distributed