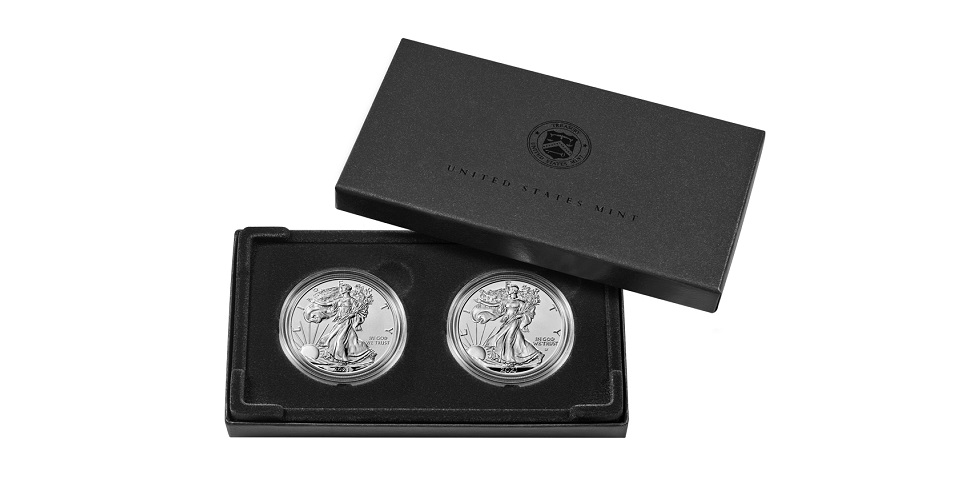 Washington — The United States Mint (Mint) is pleased to announce the opening of sales for the 2021 American Silver Eagle Reverse Proof Two-Coin Set Designer Edition on September 13 at noon EDT. This beautifully crafted set is one of several products the Mint is issuing this year to mark the 35th anniversary of the American Eagle Coin Program. Production is limited to 125,000 sets, with orders limited to one set per household for the first 24 hours of sales.

The 2021 American Silver Eagle Reverse Proof Two-Coin Set Designer Edition contains one coin with the original American Silver Eagle coin designs and one coin with the new designs. A certificate of authenticity is included. The original design coins were struck at the West Point Mint, and the new design coins were struck at the San Francisco Mint. Both coins are 99.9 percent silver. 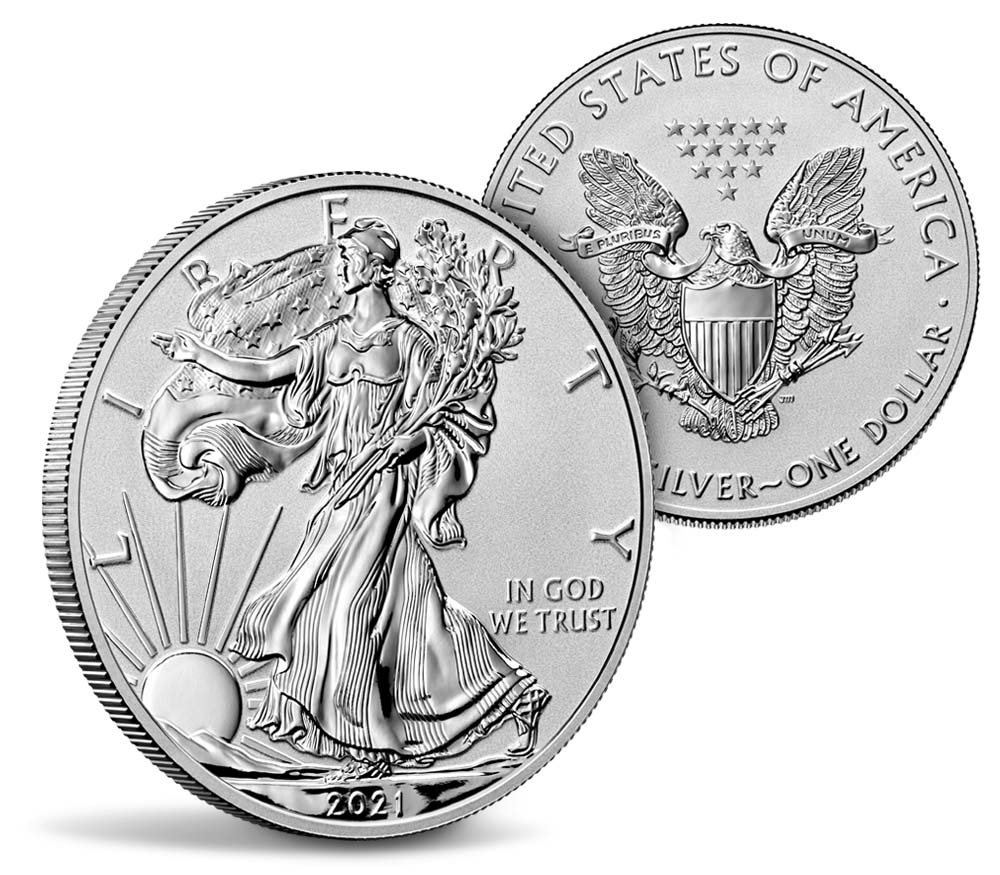 The obverse (heads) of the coin featuring the original design displays Adolph A. Weinman’s full-length figure of Liberty in full stride, enveloped in folds of the flag, with her right hand extended and branches of laurel and oak in her left. The coin’s reverse (tails) depicts former Chief Engraver John Mercanti’s rendition of a heraldic eagle, with shield, an olive branch in the right talon, and arrows in the left. Inscriptions are UNITED STATES OF AMERICA, E PLURIBUS UNUM, 1 OZ. FINE SILVER, and ONE DOLLAR. 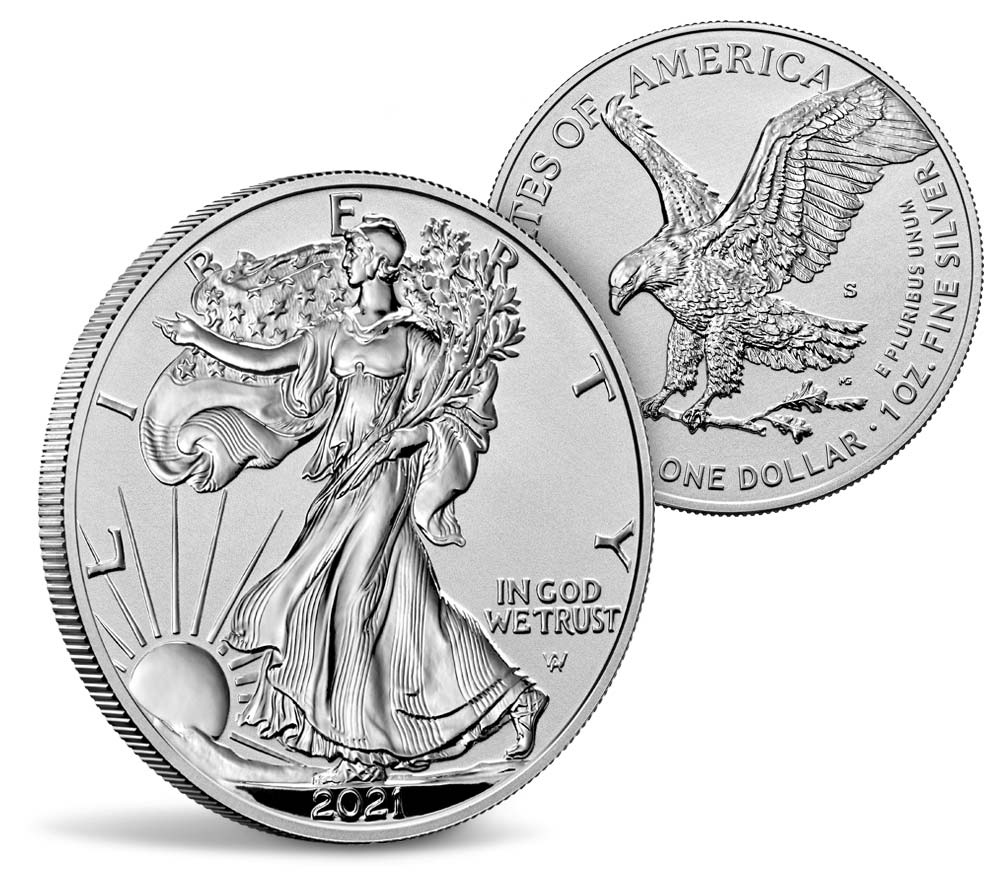 The obverse of the newly designed coin features a refreshed depiction of Adolph A. Weinman’s full-length figure of Liberty in full stride, enveloped in folds of the flag, with her right hand extended and branches of laurel and oak in her left. For the refreshed obverse, the Mint returned to its original historical assets to render a closer reflection of Weinman’s original vision and added his traditional artist mark. The reverse features an eagle as it approaches a landing, carrying an oak branch, as if to add it to a nest. Inscriptions are UNITED STATES OF AMERICA, E PLURIBUS UNUM, 1 OZ. FINE SILVER, and ONE DOLLAR. 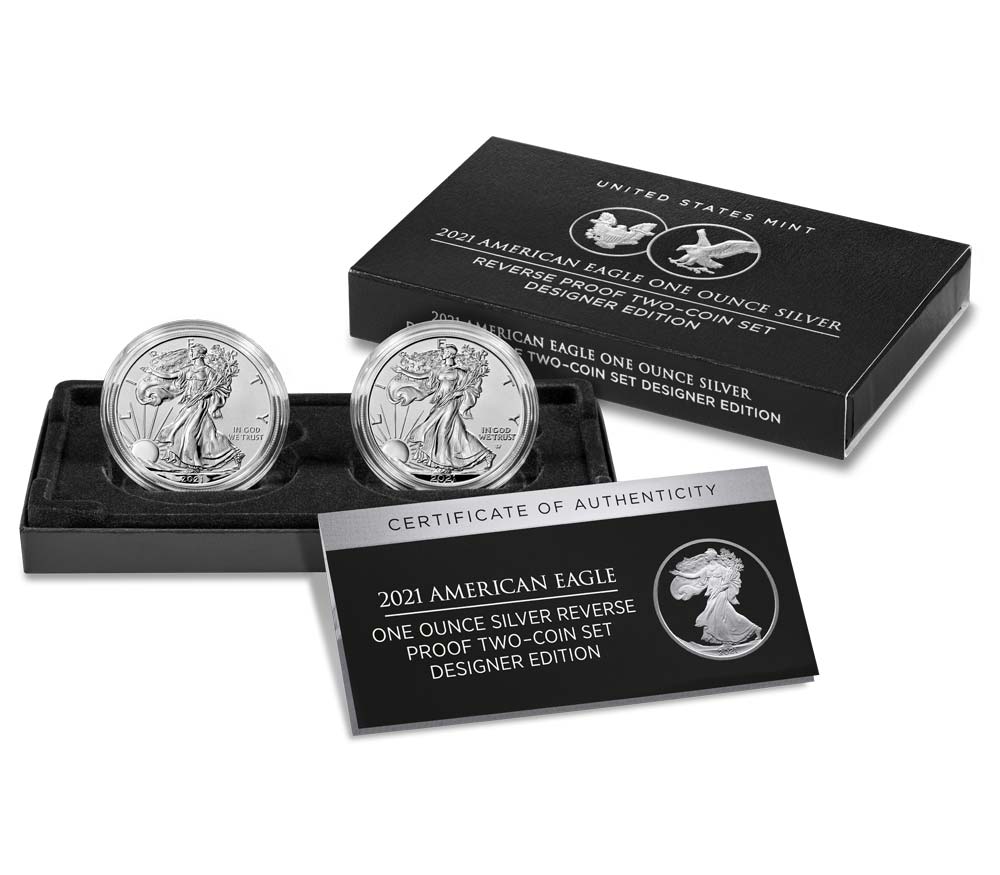 Note: To ensure that all members of the public have fair and equal access to United States Mint products, the United States Mint will not accept and will not honor orders placed prior to the official on-sale date and time of September 13, 2021, at noon EDT.